I wanted to give my colleagues a little hand-made gift for Christmas, but what to make?  It needed to be something I could do in bulk, that wouldn't take 'too' much time, but would look half decent.

I decided on RUM BUTTER.

Now, for those who do not know, there are two types of Rum Butter - Cumberland and Westmorland.

So basically you need 1lb of soft brown sugar to half a pound of butter and a "glass" of rum.  My glass was rather large, but there's no point having a weak rum butter is there?  :)

Here is how you make it:

First, find a jar (or jars).  I picked this cute little hexagonal one from Hobbycraft.  They were on 3 for 2 at the time so I got a bit of a bargain. 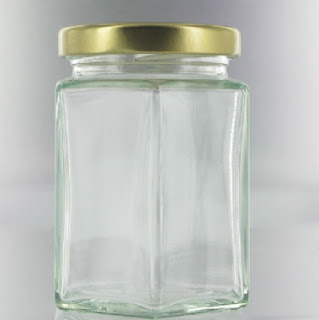 Sterilize the jars by washing thoroughly in boiling water then popping in a hot oven to dry off. Don't forget to do the lids too. 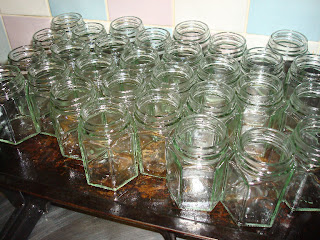 Then, slug a generous splash of Rum into the sugar and stir to mix. 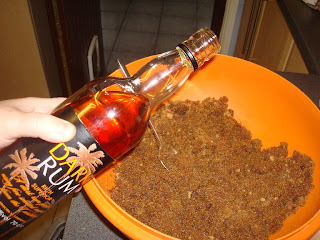 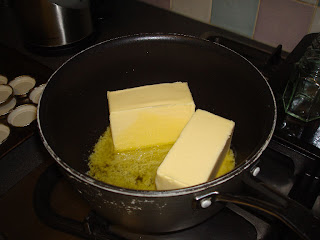 Mix the butter into the sugar, this will take a little while as the sugar dissolves.  You will need a good beating arm. 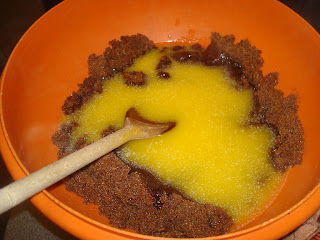 When it is totally mixed through, leave it to cool for about half an hour, then go back and give it a really good beat.  At this point I use the electric mixer to make it a little easier. 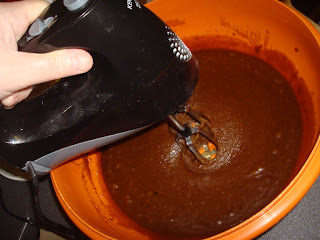 It makes the Rum Butter creamier if you repeat this step - leave it for another half hour, then go back and beat it again.  You will see at this point that the colour changes and it becomes lighter.

Next you need to pop it into the jars, I thought a spoon would be too tricky so I filled up a piping bag and piped it in. 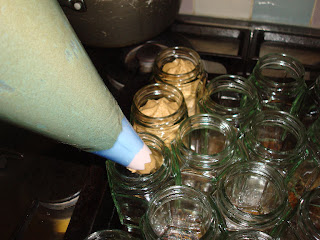 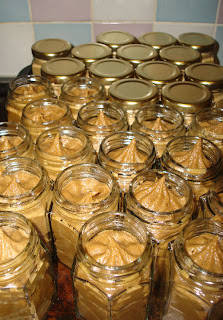 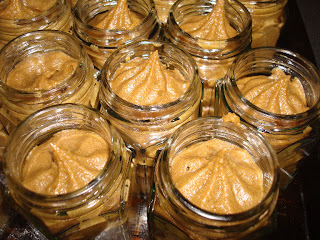 To finish I added a little material circle, and an ingredient label. 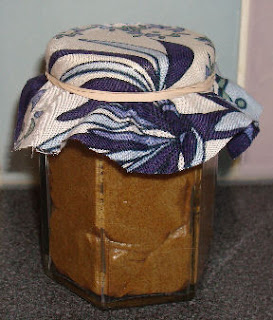 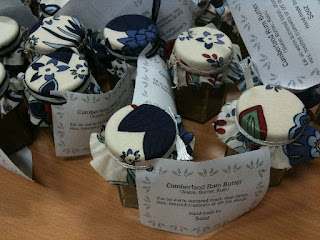 Now, during preparation I managed to drop a blob on the kitchen worktop - Hubster thought this was hilariously funny as it looked like (in his words) "A Turd", he promptly took a photo and shared it on Facebook - the child! 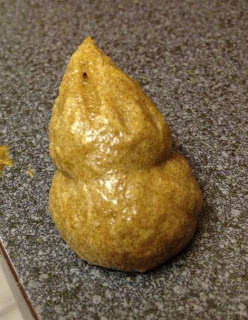 And lastly, a thank you, to my Mother, Vera, for passing on the family recipe and doing a fair bit of the first beating  :)