I thought I would share these easy peasy mince pies - well, they are more of a mince Danish than a pie, but so simple to make, and you don't need lots of ingredients either!

So buy a jar of mince meat  (check ingredients if you are a vegetarian as some use beef suet) and a pack of puff pastry from the chiller.  You will also need a little flour for rolling and a touch of icing sugar for sprinkling. 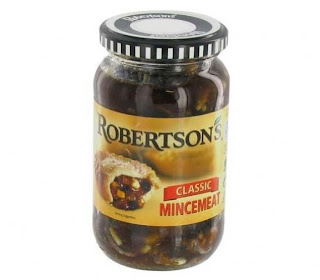 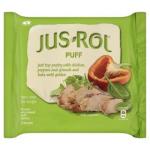 Sprinkle some flour on your worktop and roll out the puff pastry, try and keep it as neat as possible as it means less waste later. 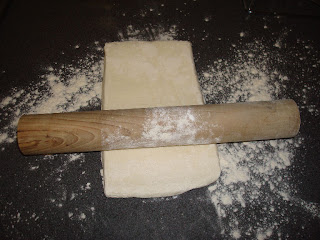 Roll it out until it is around 2-3mm thick and about as large as a swiss roll tin. 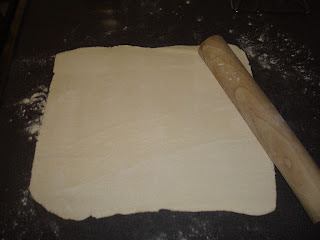 Spread a full (regular) jar of Mincemeat on it leaving a gap at one long edge to seal. 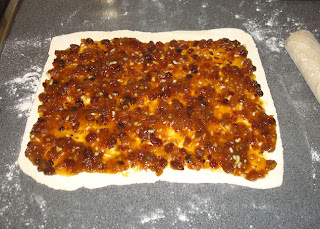 Dampen the bare edge with water. 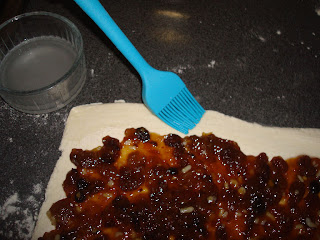 Roll and press the edge down to seal. 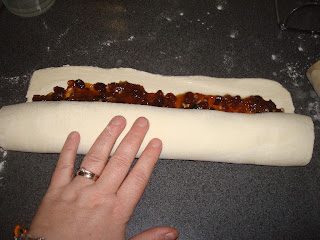 Slice into half inch pieces. 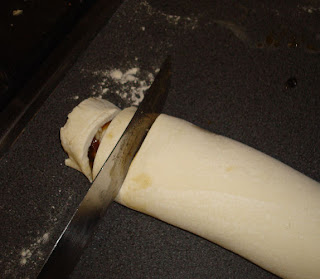 Lay on a baking tray lined with greaseproof paper and sprinkle with a bit of brown sugar if you like. 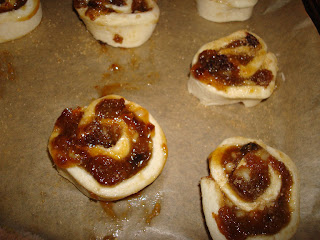 Bake as Gas 6 for around 20 mins or until they look golden brown.

Leave to cool slightly as the Mincemeat is burny hot when it comes out of the oven - trust me, I know!

Transfer to a cooling rack and when cold shake some icing sugar over the top. 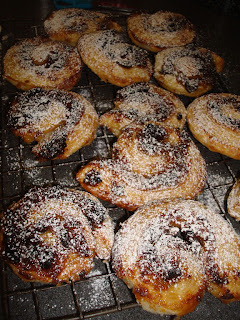