Hi, I am Sooz, a serial dieter - and diet hater.

Time has come to jump back on the diet train and have another go.  Age is creeping up on me and I find my knees aching, my back aching, my lungs struggling and my blood pressure is high. What's next I ask myself, and that is exactly what I DON'T want to find out.

Actually, let me explain my diet habits, I am sure they can be picked apart and reasons given to why I am overweight. (coz I don't already know!!)  Breakfast only happens if someone makes me it, if it is left to me I forget.  Mornings bring a need for caffeine and a two bagger brew, they do not bring a craving for food.  Lunch time I am usually trotting off to work and still not feeling the need for food very much.  Work days will find me eating around 4.30pm when I get home, ravenous at that point - usually Marmite (or something) on toast.  Then a big evening meal, on a large plate, full to the brim.  No snacks, no puds, no sugary drinks.  I don't eat packets of jaffa cakes in one sitting, I don't snack on crisps or biscuits during the day, in fact they don't even get into my house.  I don't crave chocolate and I don't secret eat.  I just eat BIG meals and the wrong stuff.

My tastebuds demand flavour, the only flavour that fat, sugar and salt will produce within a meal.  Think curries, think tagines, think cheese.  Uh oh, cheese, my downfall.  Especially halloumi (half a block at a time), fried in olive oil with herbs.  Nom nom.  Being vegetarian often has me reaching for cheese.

We eat out a lot too, it's our naughty habit.  It's become a standing joke between family and friends how often we eat out.  Indian is our favourite, followed by Italian..... you're getting the picture?  Side-by-side with eating out comes the alcohol....Red Wine.  I LOVE this stuff, but I am fussy, I am no alchie you know.  It has to be black red, like blood, New World and a bottle.  No messing about with small, medium or large for me - bottle.

Hubster has been working away and I have been socialising quite a lot, then there was the 10 day holiday - not just eating out every evening, but lunchtimes and breakfasts too!  Now, I am feeling it.

Ahh, there is some medication I take too that doesn't help, but let's not get bogged down with excuses  ;)

A fortnight ago, after a lovely meal out with friends and copious amounts of wine, I earned myself a four day hangover.  Now, my hangovers, when I have been silly enough to get one, have been stretching to two-dayers of later, but a four-dayer was completely unnecessary, what on earth was that about?  Still, it put me off drinking for a while, 17 days in fact so far.  Even the holiday in Cornwall didn't tempt me to drink, and it was at that point that I thought I need to do something. I need to ........ d... d... d... d... dddd... ddddd.. dddd... DIET !

Being the believer in miracle cures that I am (I know, I know) I read about this band in a magazine - The Mallory Band.  Basically it is a bit of string with a button on it, you tie it around your waist and wear it all the time so you can feel when you are getting fatter, or thinner as hopefully the case will be.

Sounds simple doesn't it?  I likened it to the elastic band therapy in my head.  You wear an elastic band around your wrist and snap it when you want to eat (or drink, or gamble, or look at naughty pictures on the internet).  In theory, very good, in reality, it would hurt, I would cry, then get a biscuit to cheer myself up!

I thought about making one, crochet a chain?  But the material needed to be waterproof, chaff-proof, comfy, non-stretch...... I just bought one, it was only the price of a meal out  ;) - £25 ish. 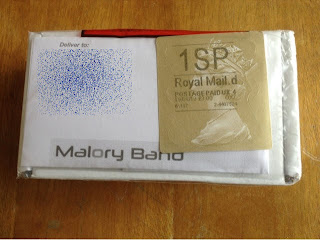 Well, here is it, I wanted to be excited, but I just feel like it's going to be like a ball and chain - good, that's good right? 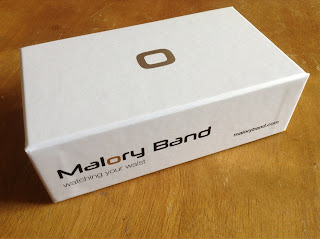 Nice packaging, wonder if they have the same packing supplier as iPhone.  That could be where some of the £25 goes. 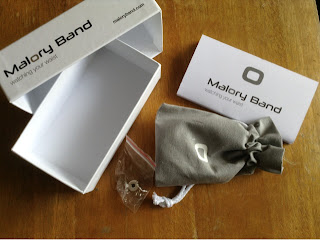 Posh little bag to keep it in when it's not being worn - hang on..... you're supposed to wear it all the time.  Useless little bag then.  Actually, they should ditch the box and just sent the belt in the bag, saves money on packaging which can be passed onto the purchaser (I was going to say 'consumer' but thought it might throw up jokes about me eating it!!) and on postage.  Would knock at least a fiver off the price I would have thought. 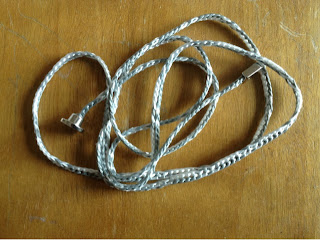 The dude itself, see?  String.

I followed the instructions and fitted it.  There is NO WAY ON EARTH that I am showing you a photo of my belly, so here is a nice image of a nice flat tummy and the band. 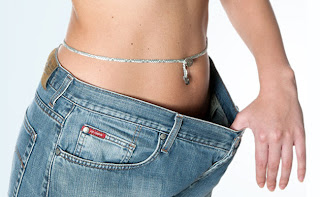 My band was a slightly longer one than that, when I say longer, I mean double the length.

It felt nice and smooth, I fitted it to feel like a slightly tight waistband, which is a bugger when I sit down as I have to breath in - but that's another selling point, it is supposed to help your posture.  I am not sure about how it looks when I sit like that though, I am sure it just looks like I am holding in a fart.

So, it's on, it's in place, it feels ok, I know it's there, it hasn't stopped me overeating yet as I am not overeating this week - that's a whole new blog post (coming soon), and I am currently sitting down without it feeling tight as I have pushed it up over my fat belly and it's sitting just under my boobies. - THAT'S how you cheat  ;)

Obviously it has to be used with a healthy eating plan so I am trying another diet along side, blog post following soon.

Will keep you up to date on the results.

ps: The Amazon links are affiliated  if you click and buy I might get a few pennies.  Just so you know :)