Following on from yesterdays blog where I showed you my home-made Pea, Mint & Mushroom risotto.

As stated the recipe serves two people, and as also stated I was the only one eating it so there was half of it leftover.

Decided to make arancini, which is basically little balls of rice with something in the middle - mozzarella cheese in this case. 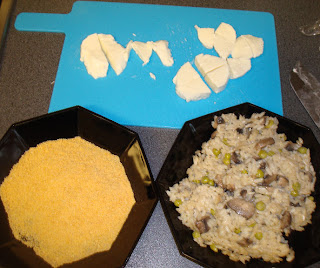 I beat up an egg, mixed it in with the risotto mixture then formed it into a ball around a lump of mozzerella.  It was very messy and needed some good squashing to keep them nicely rounded. 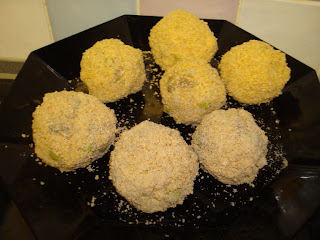 Then I rolled them in breadcrumbs and fried them until golden brown on all sides. 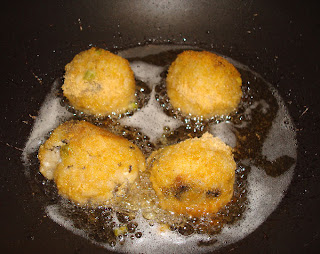 I served it with a sauce made from some chopped tomatoes, with extra chilli and herbs, which complimented them perfectly. 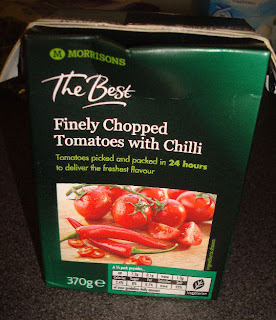 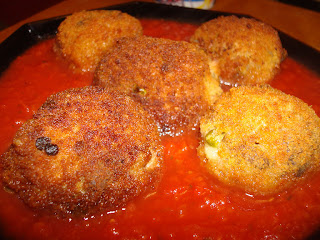 Look at the lovely melty cheese in the middle  :) 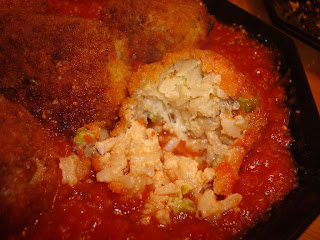