You know when you cannot find that tin of treacle to make a cake, but you KNOW it's in there somewhere? What do you do?  You go to the supermarket and buy more treacle.  Sick of buying treacle, and knowing that there is some hidden in the depths of the cupboard along with the lentils, spice jars and packets of lasagne verdi, I decided today was "cupboard clean out day".

So, out it all came onto the worktop, sorted, date checked, thrown out, put back away neatly.  And that tin of treacle was there  :) 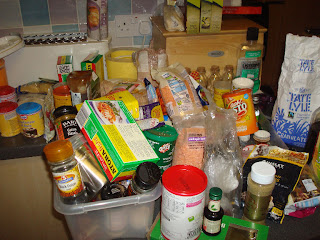 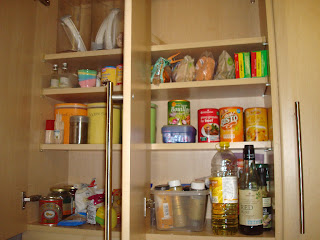 Now, having packed cupboard can be a useful thing.  A few weeks ago we were invited to a party and not wanting to go empty handed I said I would take a couple of bits for the buffet.  I bashed up a quiche (chicken tikka) but needed something veggie to go along with it.

I threw open the cupboard and found a packet of mediterranean couscous - what could I do with that?  How about..... 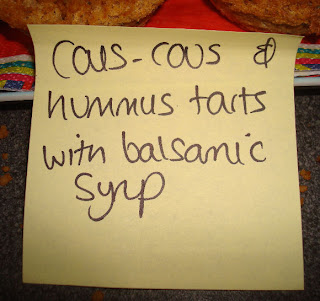 I do like to experiment with food, I often put flavours together that you might think strange, but they work.  The best flavour I tasted was balsamic syrup with hummus - trust me, it's delightful.  As I had a tub of hummus in the fridge and some balsamic syrup in the cupboard, the idea of little tarts was formed.

To make the tart bases I took some slightly stale brown bread that needed used. I rolled out a slice (this compacts the bread and make it firmer). 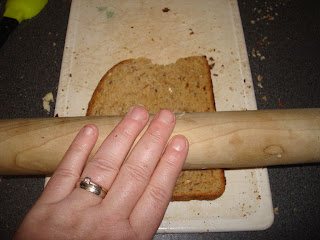 Then cut a round out with a cookie cutter that was slightly larger than the bun tin I was going to use. (The birds enjoyed the crusts) 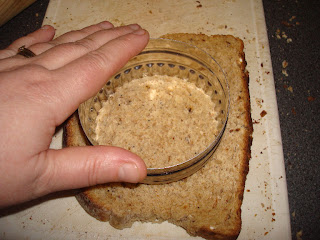 Lightly brush the bread with a little olive oil. 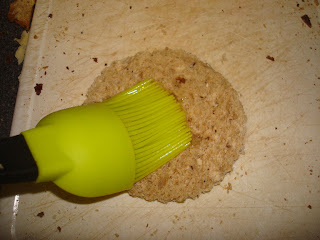 Press firmly into the bun tin. 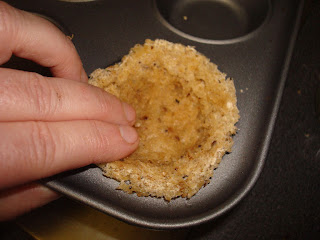 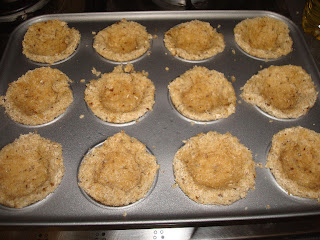 Put in the oven at around Gas 5 for 10 mins or so, then take them out of the bun tin and place them upside down on a baking tray and pop them back in for 5 mins to ensure the bottoms are cooked nice and crisp - no one wants a soggy bottom. 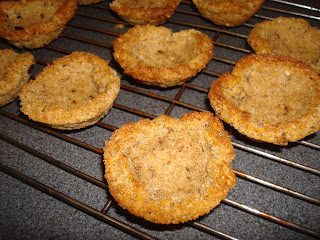 These tarts can be used for a lot of fillings as long as the fillings are not too liquidy.  They are great with garlic mushrooms.

While they were cooking I prepared the couscous according to the packed instructions.

I filled each tart pressing the couscous down (but don't press too hard or you might crack the tart). 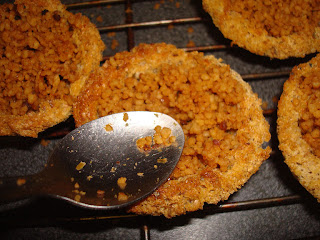 I topped with a splat of hummus, a small chunk of cucumber and a blob of balsamic syrup. 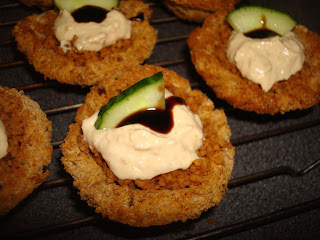 Look good don't they?  And they were utterly yummy in my tummy.

Yesterday I made a birthday cake for my good friend Lezley, I couldn't show it to you then in case she read the blog before she got the cake (which she did)  so here is is today. 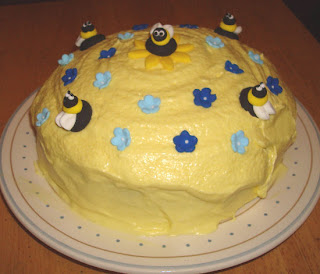 The icing was way too soft for my liking and I needed to pop it in the fridge for an hour to stiffen up enough to pipe, but I was working against the clock and needed to just get on with it.  I was aiming for defined swirls, like a beehive, but it all squelched in together.  Grrrrrrrr.  Still, hope it tasted good.

And finally, that jumper I started yesterday and got 10 rows done?  It has been pushed to one side now while I work on something for a new display at work.

I am now crocheting this... 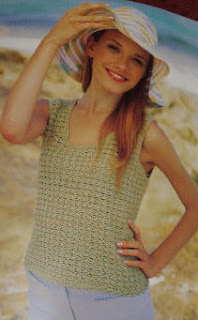 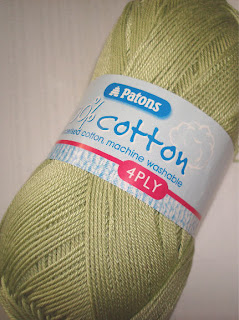 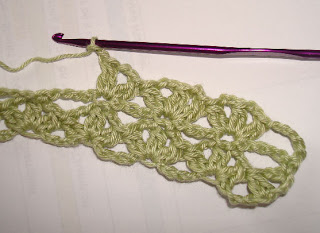