Actually I am not Christmas minded myself, in fact I am a really 'Bah Humbug' type of person, but when I saw some Styrofoam bell forms come into Hobbycraft I just knew I had to do something with them. 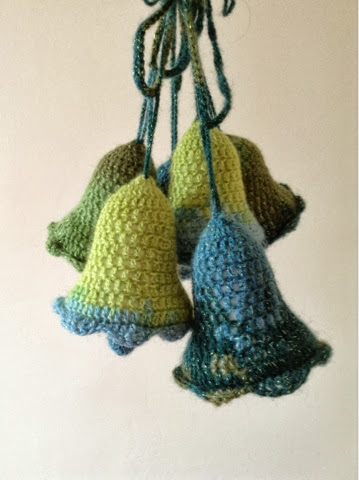 Crochet, of course.  I had some green, colour-changing, sparkly yarn left over from the Leafy Scarf project which I thought would do very nicely.

Professor Charlie Babbit decided he would be the guardian of the bells, while I worked.

So, I crocheted round the form, but what was puzzling was that everytime I took it off to do a row then tried it on the bell again, it was either too small or too big.  I pulled it out three times before I realised there was two different sized bells in the packet!!  D'oh. 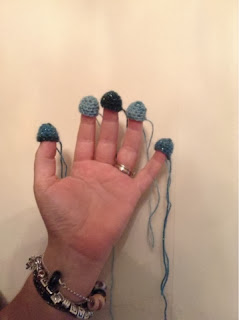 Those of you who follow me on Facebook will recognise this picture.  My daughter Shona picked these up off the sofa and asked what they were, so I told her they were fingertip warmers.  We had a discussion about what a great idea they were  - well, she didn't, she told me it was a stupid idea and it would never take off!   But I swear I had her going for a while. 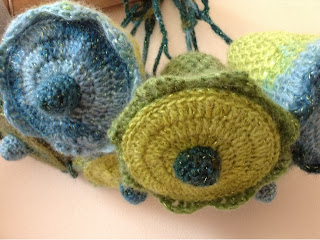 Dongers in place, frills in place, hanging thread made - jobs a gud 'un. 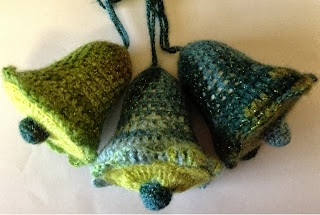 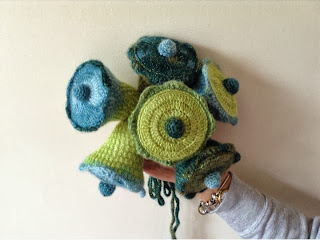 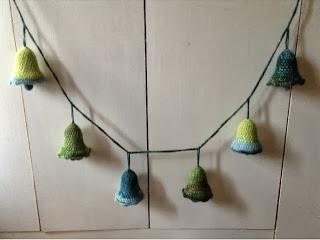