A good tidy up.

I treated myself to a "Pot Melt Kit" from Slumpys (more on that later) so as you can imagine I was desperate to try it out when it arrived at the weekend.


I opened the workshop door and my spirits sank, everyone uses my workshop as a dumping ground, probably because it is nearer to the house than the shed. It was full of BBQ coals, hay for the animals, the canopy off the garden swing and loads of other random objects. 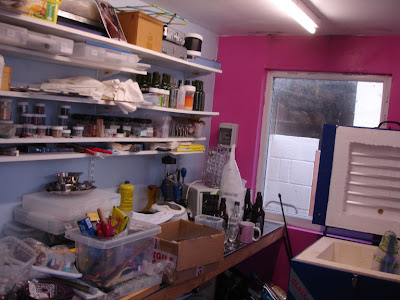 Three hours it took me, 4 repeats of an Olivia Newton John CD (It was the only CD I found in a box of rubbish under the bench) and numerous mugs of tea. 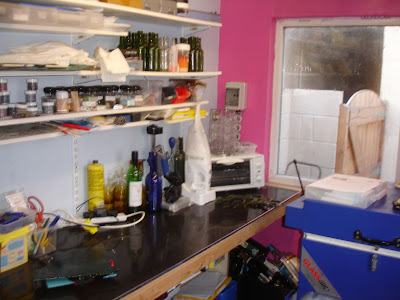 Finally it was done, and I could get to play.
Posted by Unknown at 18:02

Email ThisBlogThis!Share to TwitterShare to FacebookShare to Pinterest
Labels: tidy up