My friend Carol & I took a class at Tullie House in Carlisle. Unfortunately the title of the class was wrong and we ended up doing something we have both done a few times before - glass bowls. (we expected to be Cameo Engraving on glass).
Still, we were there so we might as well put the time to good use, we thought :)
I decided to do a large square deep bowl, I took two squares of clear glass 30x30cm and some turquoise blue coloured glass.
I cut the blue into wavy lines and layed it on top of one of the sheets of clear. 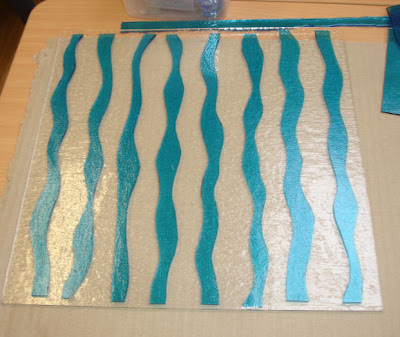 Inbetween the strips of blue I added some coloured frit (broken glass). 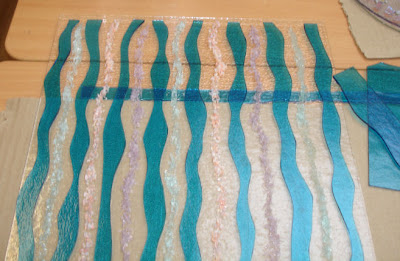 Onto the other piece of clear I tore up some silver foil and layed it into place so it would show between the blue. 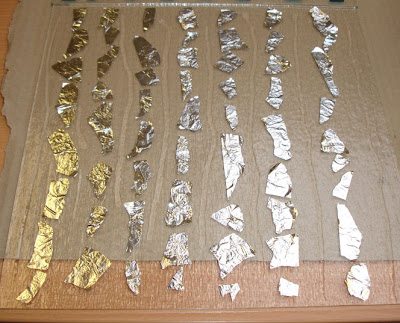 I then sandwiched the foil inbetween the two clear pieces. 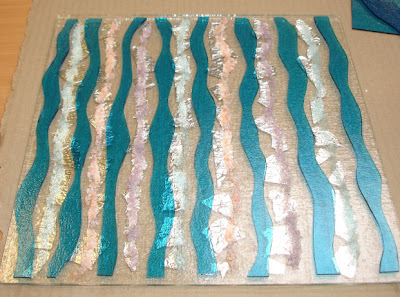 Next I cut up some thick fiber paper into the same wavy shapes. 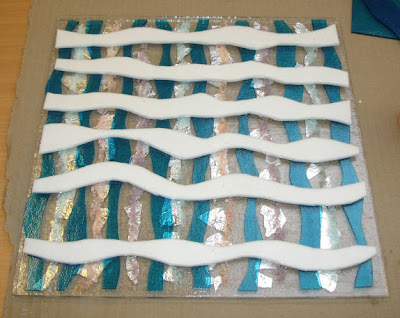 This would be layed underneath the glass when in the kiln to give some texture. 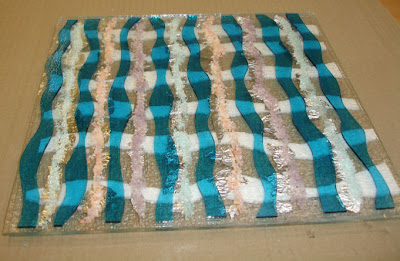 The glass was then put into the kiln twice, once to fuse down and soften the edges, melting all the bits in flush. The second firing was to form the bowl by slumping it into a shaped mould. 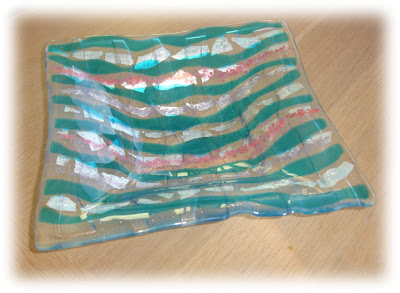 This is my friend Carol. :) 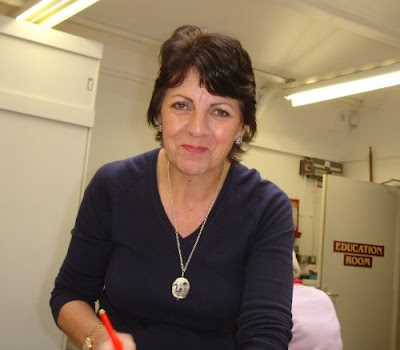 Her bowl was a little bit different but the same technique.


She cut two oval pieces of glass, one clear and one a striking pink (striking colours change in the kiln). 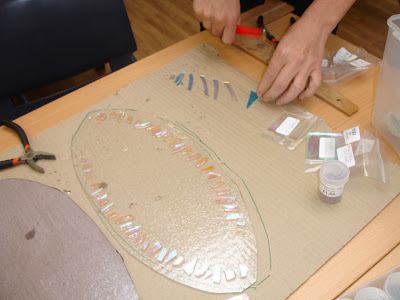 She then chopped up some random bits of dichroic glass to decorate it with, and textured it using some fiber rope all curled round. 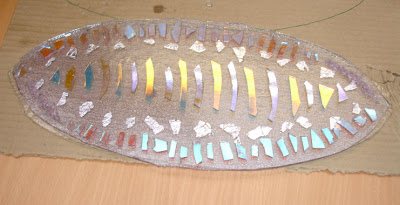