The idea was to take a Tie and reproduce it in as many different ways as I could.


The tie I was initially after was one I spotted on David Dickinson, him of the antique fame, it was a patchwork of different patterns and colours - a riot of colours, and very interesting.

However I failed miserably to find one, so instead I trailed around the local charity shops and found some different ones.

I decided on this one in the end. A navy blue tie, with 6 stripes of different shades of green. 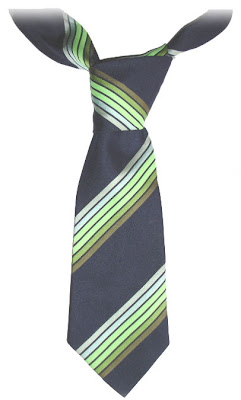 
Ok, so the first project was to recreat it for a necklace - imagine his and hers for a posh party, this necklace strung over a little black dress would look so eyecatching :)


This was stitched in Peyote Stitch, using Delica beads, it was tricky to match the greens in the fabric exactly, so I tried to do it as close as I could. The actual tie measures around 7" long. 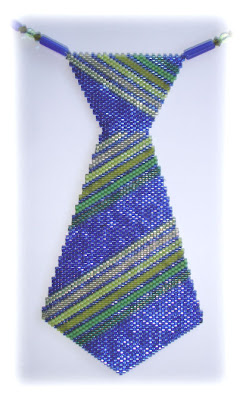 I then strung it onto some wire with some cat's eye glass tube beads alternated with Swarovski Crystals and Fire-Polished for a bit of sparkle :) 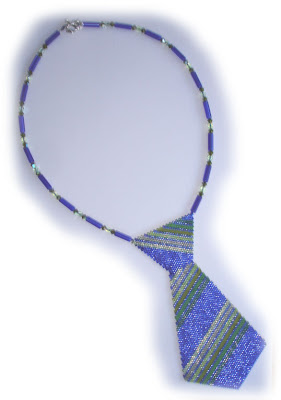 The next thing I had planned was a glass tie, to be used as a pendant. Only when I started cutting the glass I realised that the thinnest strips I could cut would make it way to large to wear, so it is now a wall hanging measuring approx 10" long. 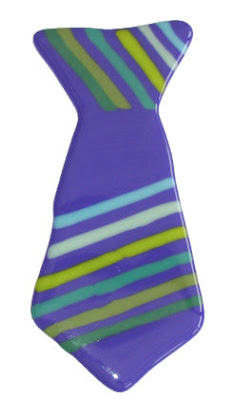 Have you noticed the not so deliberate mistake? :(

Keep your eye out for the next instalments :)
Posted by Unknown at 15:37