Today, my daughter Shona, and her mate Hannah decided to have a play day.

They decided on Fimo beads for this morning activities, as Hannah is studying Klimt at school for her GCSE Art, and I had previously made some Klimt Beads, we decided to revisit the technique.

After the last attempt at these beads (http://soozintheshed.blogspot.com/2010/03/klimt-complex-cane-beads.html) I had bruises on the palms of my hands from pushing the clay through the extractor! A friend who makes the most magnificent fimo pieces, suggested I bought a wind-down extractor, rather than the push one I was using - I have to say it was worth every penny of the £22 I paid, it made making the beads so much easier.

All three of us picked totally different colours, I did mine in a muted grey & pinks with a touch of turquoise, while both girls picked vibrant psychedelic shades.


Here are mine, a set of eight beads with a matching pendant, which is very large at around 60mm. 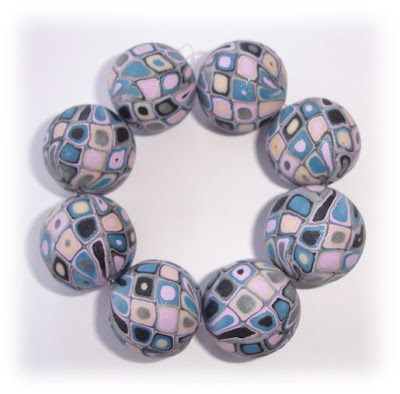 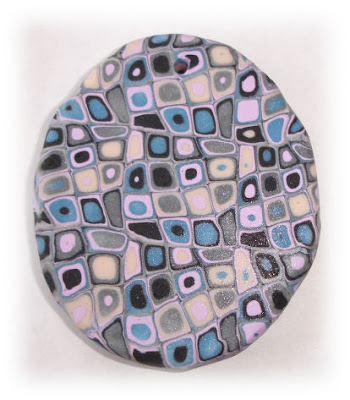 The girls hard at work, Hannah is the blonde, and Shona..... well, the non blonde :) 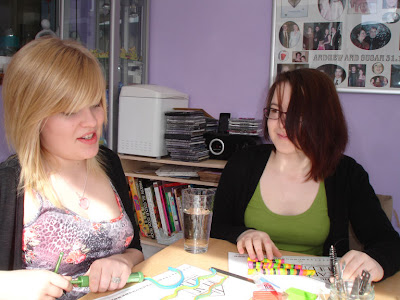 These are Shona's beads and a matching pendant..... 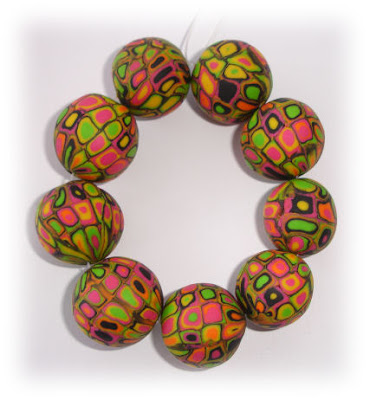 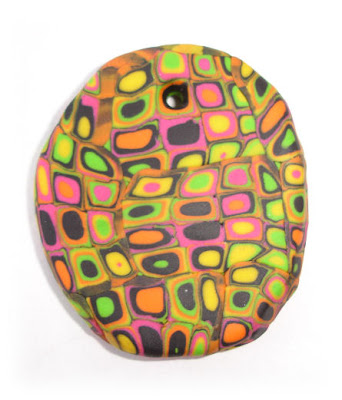 ...and last but not least, Hannah's beads and matching pendant. 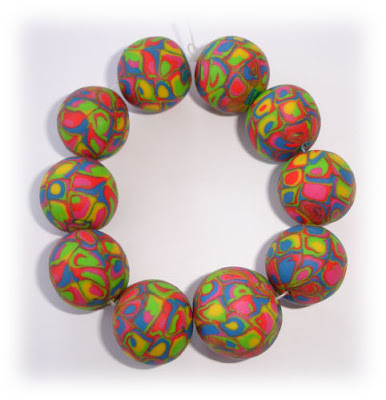 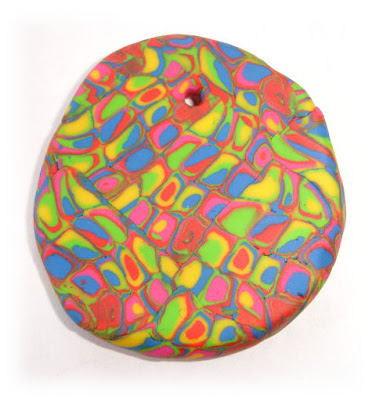 After lunch the girls went on to bake !! 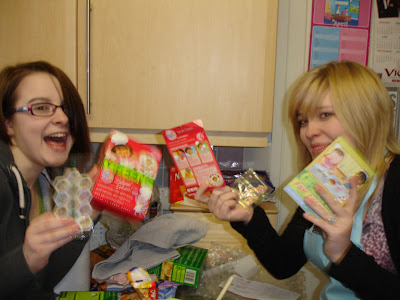 Still, at least they had fun :)