On my Facebook feed I saw a photo that someone had 'liked' featuring yarn eggs - so I Googled it, as you do.

Must have a go at that, I thought to myself.

That afternoon, it was a Saturday, I spent 1 hour 55 minutes exactly (I know this as time was running out for the car park!)  searching for water balloons. 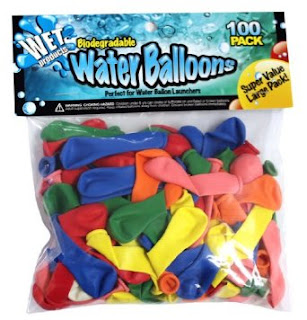 Being an adult (allegedly) I didn't realise that water balloons would be seasonal and hard to get hold of.

Hobbycraft didn't have any, the local News Agent didn't have any, neither did Hawkin's Bazaar or Poundland.  Wilkinsons was lacking in them too, as was The Works.  B&M Bargains had none and neither did WHSmiths.  The little newsagent in the market and the newstand in The Lanes, they didn't have any either.  My very last stop was to be Toymaster  - ta-dah!  They had them!!   Although they had just come into stock that morning.  (would you believe it - the very next day they came into Hobbycraft!!)

So, armed with a pack of water balloons I went home to start my craft session.

Now, have you ever tried to blow up a water balloon?   Well, let me tell you, they are the strongest balloon ever and my lungs didn't hold enough puff to even get the balloon stretched.  My cheeks ached for days after overstretching them. The balloons came with a little funnel to put water in, so I thought I would stretch them that way, then let them dry out and puff them up once stretched.  That didn't work, the water just fountained out of the funnel.

I set Shona and Marie a challenge - blow up these balloons.  But I also wanted two chocolate eggs popped in them at the same time. 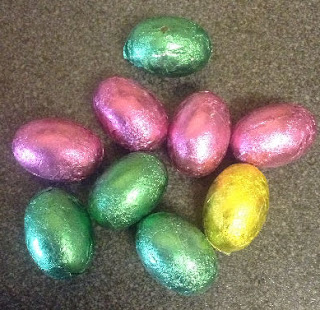 In a whole evening they managed to blow up just 5 moderately usable balloons.  I say usable as some of them had little holes in and after all the huffing and puffing, and the tricky act of tying a knot in the top, the balloons shrunk slowly and hugged the choccy eggs. 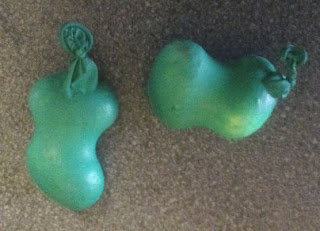 Now really, you should be doing the wool wrapping as soon as the balloons were blown up, but as they took so long it was another 4 days before I could find some spare time to carry on.  This meant that the balloons were getting a little soft. 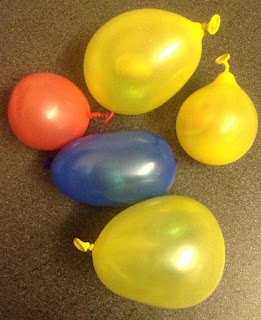 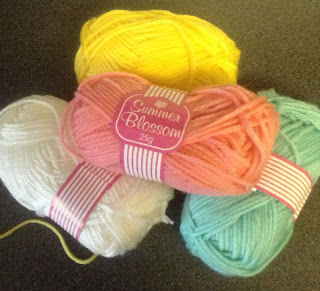 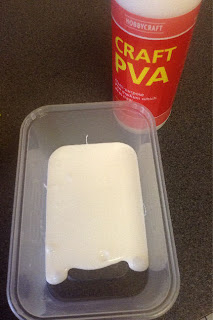 I hung up a 'drying line' between my kitchen cupboard doors... 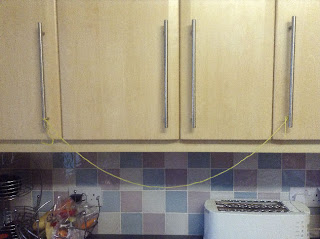 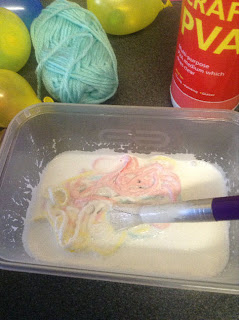 There was glue everywhere, imagine trying to wrap sticky spaghetti around a balloon that it really doesn't want to stick to, imagine then thinking you have it sorted and noticing a huge gap, so you have to then fiddle with the sticky spaghetti to try and fill in the gaps.  Imagine having more glue on your fingers than a 6 year old would have. 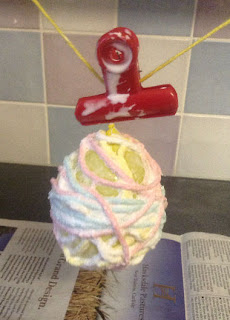 I managed to do three. 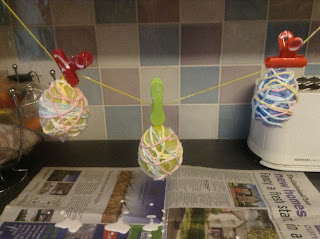 They took a good 24 hours to dry, that was 24 hours of not being able to get into the cupboards to get out food ingredients. (lesson to be learnt there)

Once dry, the instructions I found was to carefully puncture the balloon, holding onto the knot so it didn't disappear inside the egg.  Well, I did this, but the balloon didn't go down, it just stayed stuck to the wool.  So I let go of the knot and eventually managed to poke and prise it away from the wool. 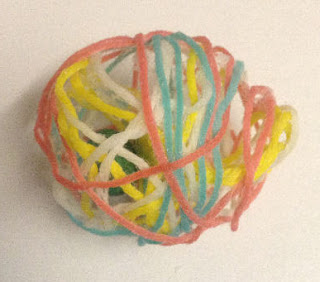 So there we go, some crappy yarn eggs.  Don't think I will be doing this again. 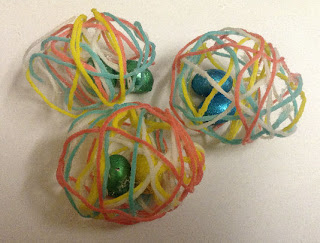 Have you made any?  Would love to see, feel free to post links if you have.