Hobbycraft have just got this new kit in, and I have to say they are the cutest kits I have seen in a while.  They are from "Craft Yourself Silly"  (or you can buy them at Hobbycraft too)

So, I would make one for display, well why would you not? 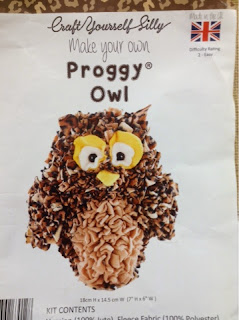 Nicely packed with everything you need except a prodder.   Ahh, now let me explain this bit - in the North East they call this way of rug making - "proggy", while here in Cumbria it is more commonly known as "proddy", so if I refer to it as "proddy" as we go along, that is why   :)

Back to the kit - no prodder, but of course I have loads myself as I have done the odd rag rugging course in my time  :)  (You can buy a prodder separately)

You get hessian, fabric, supposedly eyes - I seemed to be missing the eyes, but had some in my stash so all was not lost. 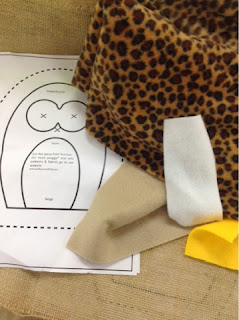 I chopped up the lovely soft fleecy fabric as to the size shown on the instructions, which is a bit smaller than when I do a rug, but you wouldn't want too long a piece for this project. 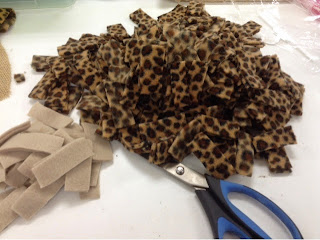 And got to work.

Now, hessian is a bit of a pig when it comes to fraying, one wrong move and you have a load of threads of sacking laying about (it sticks to everything, trust me!)

The instructions were to turn over the hem and bind it in with your first strips, what I found was that the hem just really wasn't quite deep enough and the hessian started to fray as quickly as I worked.  Being a run maker anyway, I managed to work round it.  Normally I would have bound the edges of a rug with a quick stitch on my sewing machine - my advice would be to be VERY careful when doing this bit as if you fray the hessian too much, you lose it basically.  And for a beginner to rag rugging, this might be the trickiest past of the kit. 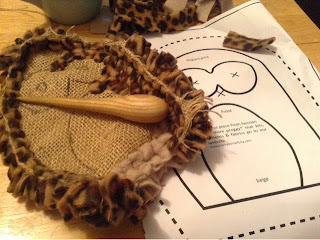 See?  it is starting to fray beyond the pieces of prodded fleece.   My advice would be to either cut a larger hem (there is enough hessian to do this) or bind it in before you start. 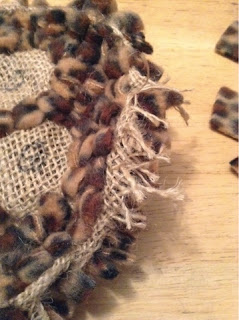 With the wings I cut a slightly bigger hem and it worked better, although it ended up for the whole wing I was working through a double thickness of hessian. 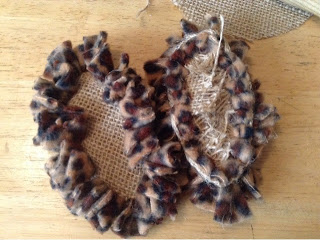 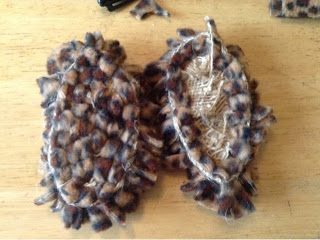 Another slight grumble is that these solitary seven strips of fabric was all I had left at the end.  I actually ran out of the beige fleece for the owls belly, so had to remove a row around the belly edge too give me enough to fill in the belly part.  Obviously then I used a little more printed fleece and was only left with this.

This means if you cut the strips every so slightly bigger than directed, you are not going to have enough to finish the project.  Again, be careful on this bit. 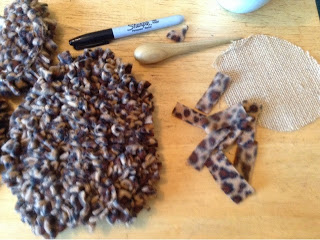 After sewing him together. which trust me, is no mean feat - you need a sharp pointed needle and a good strong thread, he was ready to stuff.  (you need to supply your own stuffing. 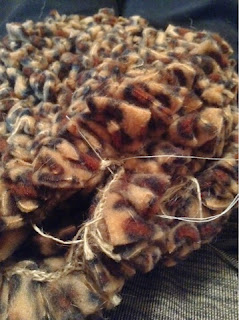 And here he is - or I should say "she" as Charlie, from Hobbycraft in Carlisle has decided that she is to be named Bet - as in Bet Lynch from olden days Coronation Street.

If you would like to see her pop into the Carlisle branch  (branch - no pun intended!  Boom Boom!)  where you will find her sitting atop of the kits.

You can also get penguins, pigs, tortoise - all sorts. 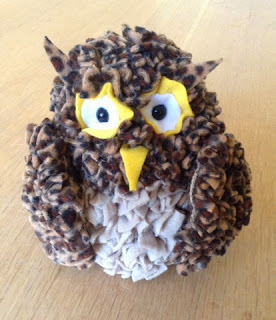 Apart from the two grumbles I have moaned about, would I make another?

ABSOLUTELY!   It ended up being so cute that I wanted to keep him/her all for myself.  So I am going to have to make another one.  I also want to make a penguin...... and a parrot..... and a sheep - definitely a sheep! 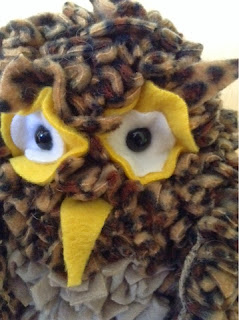