This week saw the second of my Kid's Club activities at Hobbycraft in Carlisle.

Last week was a little disappointing, you can read about it HERE, if you like, but this week was great, with lots of repeat attenders making lots of fabulous things  :)

Monday was all about Shrink Plastic keyrings, and little fingers did lots of colouring, as little voices gasped in amazement as they watched their work shrink into a little figure - a perfect size for a keyring. 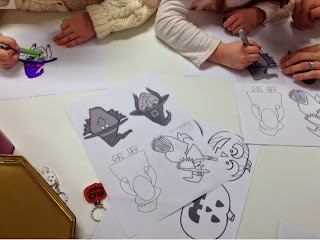 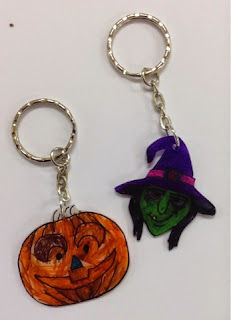 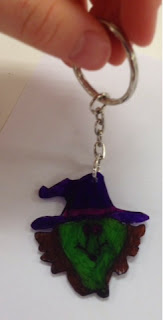 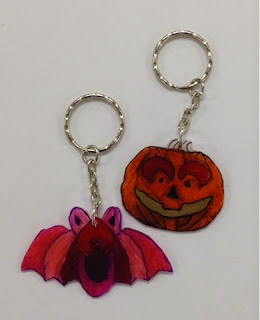 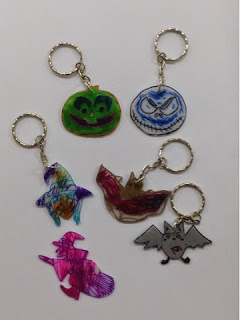 On Tuesday we got the sewing needles out and make some felt shapes. For young people that had never sewn before, they amazed me with what they produced.  I hope they keep it up, we could have some young tailors in the making  :) 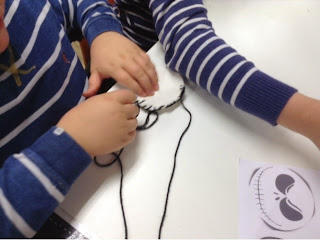 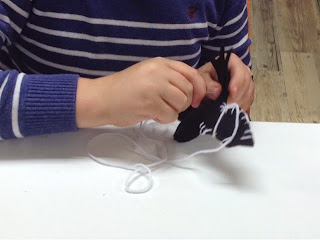 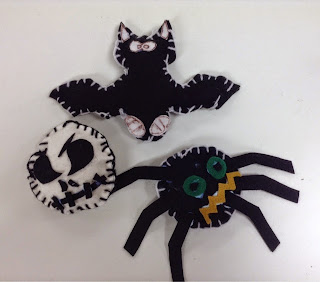 Now, as we were working on the felt shapes, the weather outside was getting more and more miserable.  So instead of them all going home after making their scary felty, I dashed between the raindrops to the car to grab yesterdays stuff and we all made Shrink Plastic keyrings too  :)  (Different young folk so they had not made them the day before) 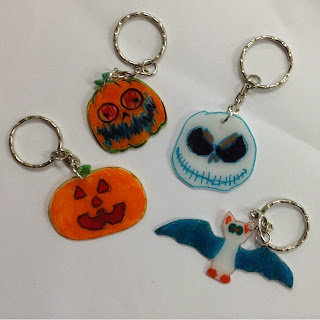 I had Wednesday off to go on an already planned shopping trip with some friends, so on Thursday I ran two activities - Halloween jars and beaded bangles.    What a busy session, we got right down to the last jar, and some superb ones were made.  Now as the jars needed to go home to dry before the faces were added I didn't get to see them all finished, but I did get some photos sent through later that day (see below) and I have to say, they were fabulous! 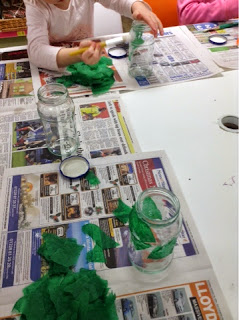 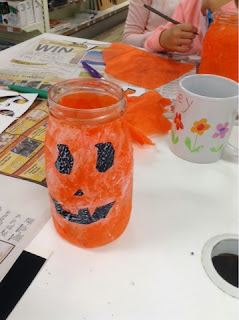 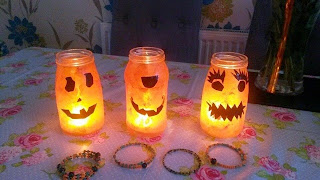 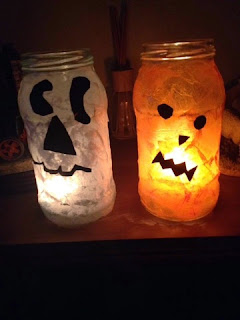 Friday, our final day, and it was a pom pom spider making day.   Grandad came along with two young chaps who had been most of the week, and he also made himself a spider  :)  He seemed to enjoy it too  :)  You can see Grandad working there at the top of the photo, alongside his Grandson.  Isn't that just lovely? 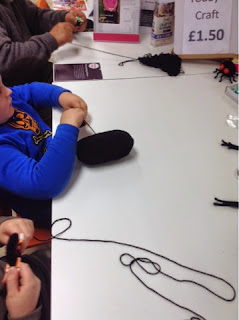 Ignore the white glue, we have to put plenty on to make sure things are stuck, but it dries clear  :) 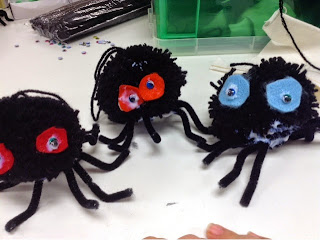 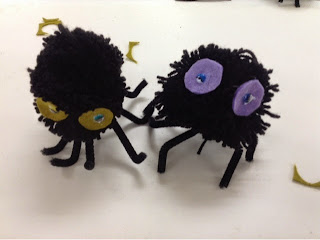 Well, I hope everyone enjoyed themselves, thank you so much for coming, if you did, I enjoyed meeting everyone of you, and hope to see you again sometime soon   :)