A sneak peak of needlefelting... but what will it be?

Last week I decided to revisit an old friend - my box of needlefelting stuff.  I want to put some different classes on, so it was time to work on some new ideas. 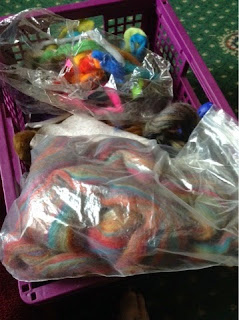 First I started with a Styrofoam shape, but try as I might I just couldn't get the wool to jab into it at all.  Now, I think this may be the size needle I have as I know there are kits with the Styrofoam shapes in so it should work.... mine, however, did not. 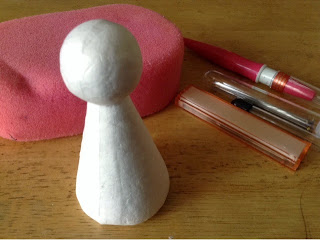 Blood everywhere.  Those felting needles are proper sharp, not to mention barbed, so they really hurt.

Once I calmed down and poured a glass of wine  (it was evening time I should say, not 10am in the morning) I started stabbing again, a little more carefully. 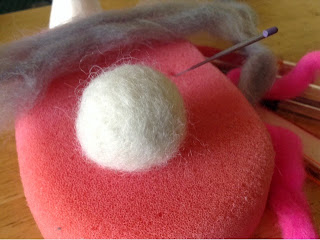 Anyway, a nice firm ball/head later, with a little hippy headband and some striking grey hair. I had had enough.  But I am happy so far   :) 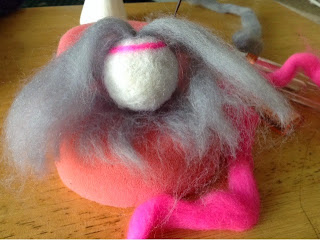 Email ThisBlogThis!Share to TwitterShare to FacebookShare to Pinterest
Labels: needlefelting