Last weekend Hubster and I trotted off to the Rewind Festival  (North) at Cheshire - Capesthorn Hall in fact. 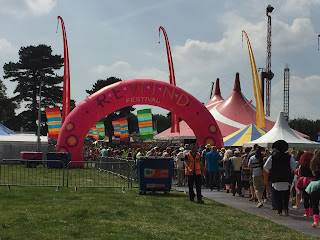 What a great time we had too, of course the music took me right back to my teenage years. Hubster, who is a bit younger, just had to put up with me singing most of the way down the M6 on the way to the event. 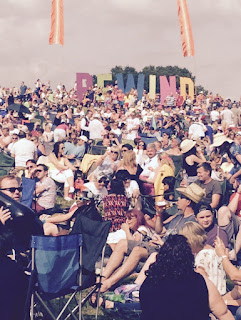 The line up was great, although I particularly went to see Jimmy Somerville and The South.  As I have recently seen The South in concert, Jimmy was the main pull for me.  And boy, was he good! 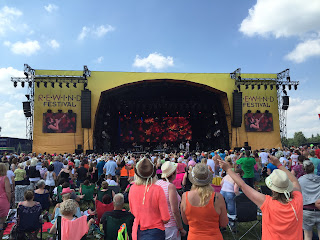 All introduced by the one and only Toyah! 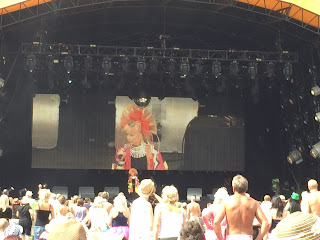 Folk were dressed up in all sorts of costumes, I felt considerably under-dressed in my jeans and t-shirts (and very warm too as it was a glorious day) 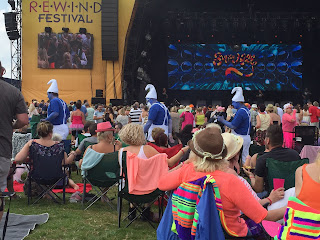 We had a slight hiccup in the fact that we had both forgotten to take any cash with us - we do this a lot, we completely rely on places having cash machines.  But I had an emergency £5.00 note in my phone case.   Cider for me (he doesn't drink)  or share a portion of chips for dinner later on.  After all we were going to be there for 10 hours.   The cider won. 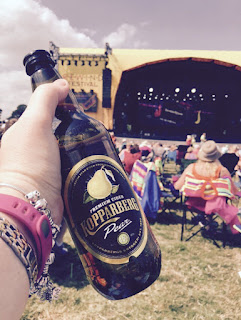 I went for a wee when Belinda Carlisle came on as her voice does nothing but sound like chalk on a blackboard to me, so what better to do than queue up for a stinky portaloo?  BUT would you believe on that wander, trying to escape her weird warble, after asking at a few vans if they took card payments, (as the hunger was setting in), I found a transit van with a cash machine in it!  Result.  Hubster's little face when I took him back a burger and chips was priceless, I guess he was hungry too  :)   (and more cider for me)  Pity it was 7.30pm in the evening and we had been sat there with nothing for the best part of seven hours.

All in all a great time, the acts were great, except Soul II Soul who were pants and Belinda as mentioned above.

But here is a little clip of the most marvellous Jimmy Sommerville to give you a taste of the atmosphere  :)

Email ThisBlogThis!Share to TwitterShare to FacebookShare to Pinterest
Labels: days out, Festival