On Saturday I tootled along to the West Cumbria Game Fair, which was held at Armathwaite Hall on the edge of Bassenthwaite Lake in the Lake District. 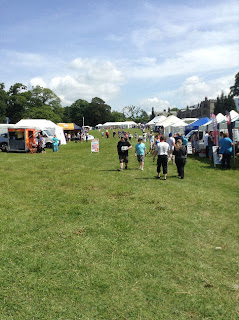 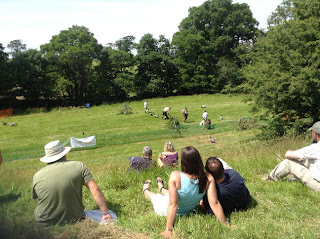 Not usually a place I would frequent as I don't agree much with fishing or hunting, but I was asked to go by Higham Hall to be a demoist to promote the craft classes that Higham offer.  I was pleased to do that  :)

It was a scorching hot day and we were situated in a marquee - nice and sweaty then  :)

As soon as I started approaching the tent I was offered free wine samples, by the time I had found our tent I had had three little tumblers full - it had the makings of a really great day  :) 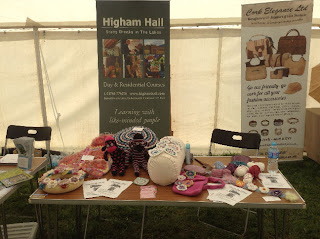 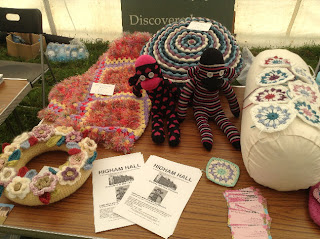 I set up at the Higham stand, beside a fabulous painter, watercolour master Brian Smith, watching him do his demo out of the corner of my eye was amazing, I can't quite get my head around how a painting can come to life like he makes them do. 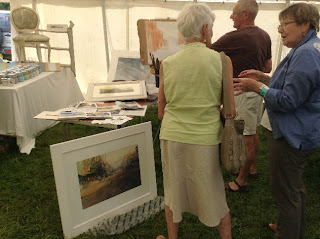 I did some crochet granny hexagons, got chatting to a few people, melted a little, then I was off for a wander around. 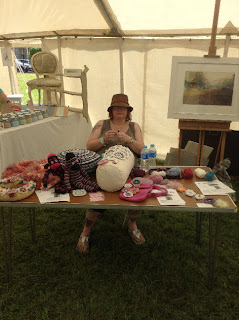 Of course I had to have a spritzer for just £2.00 - this had a chunk of ice so large it would have sunk the Titanic, but in this heat it lasted about 3 minutes.  Slurp. 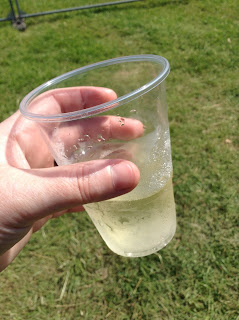