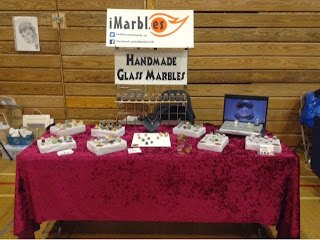 The last two days have been spend at The Sands Centre in Carlisle, at the first Carlisle Arts Fair.

I was there accidentally as there was a spare table, so a blagged myself it, but Hubster was there with his marbles doing his very first fair.  He sold quite a few of his rounded pretties.

I thought you might like to see some photos of his stand, taken when I could actually get in as he was often surrounded by people. 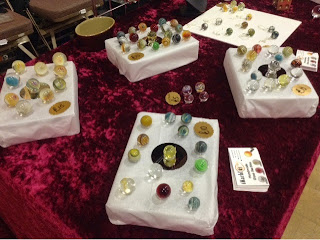 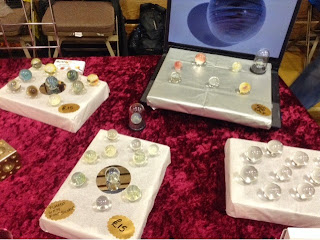 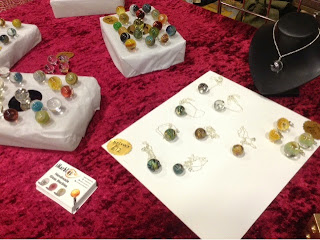 The displays were plastic boxes covered with white tissue paper and an LED battery powered light underneath. 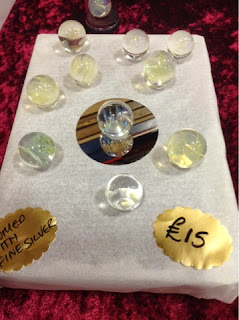 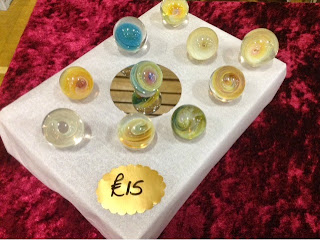 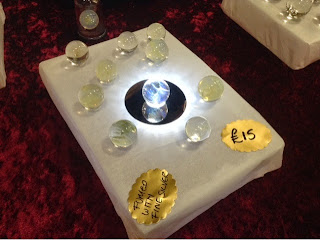 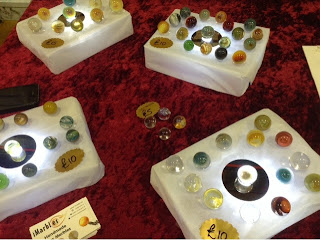