If you joined in with the Crochet Along for the Mandala cushion, then you might be interested to hear that the first entries are rolling in.

The two photos below is both sides of the cushion made by my Mum Vera, who has been joining in with every round.  It was a stash-buster and the colours look great, don't you think? 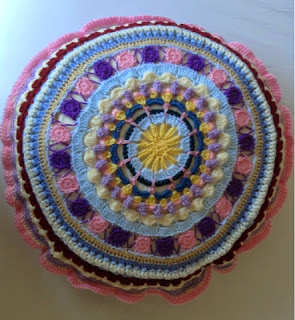 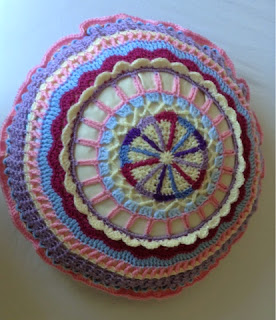 The next two photos are from Margret, don't these colours just pop?  Another stash-buster and it looks fabulous. 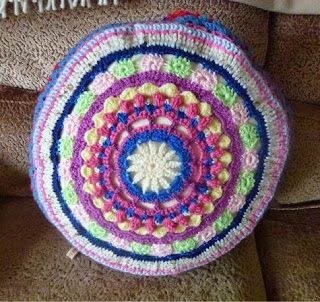 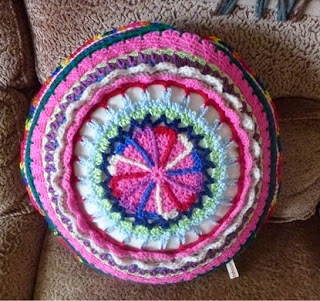 Are you joining in too?  Entries need to be in by the end of August for you to be in with a chance of going in the draw to win this fabulous crochet hook set in a case. 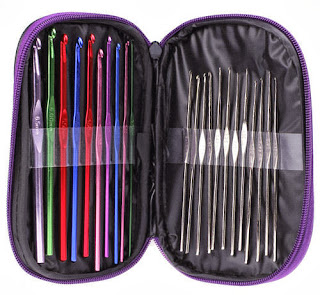 Right then, if you have joined in with this crochet along - whether you have done the two single pieces or the cushion cover, send me a photograph - either to my email,soozintheshed@gmail.com, or by adding a message to my Facebook page Sooz In The Shed.

You have until the end of August 2014 to complete the project and all photos that are sent in will be entered into a random name generator and a single winner picked.  They will win the set of crochet hooks as detailed below.