A few years ago - way back in February 2009 in fact, I submitted a tutorial to a magazine for a daisy chain. 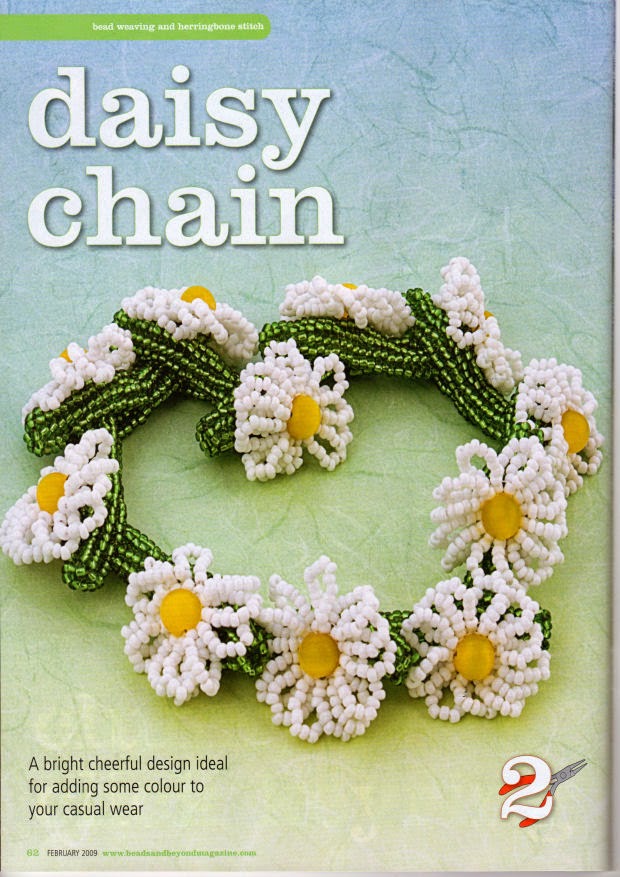 I had been mulling over this idea for a while.  What I wanted was a proper style daisy chain, with interlocking daisies, that could be added/removed to make various lengths - according to how it needed to be worn.

I had totally forgotten all about it until I was sorting out a box of stuff and found the original piece, the actual one that was sent away to be photographed for the publication. 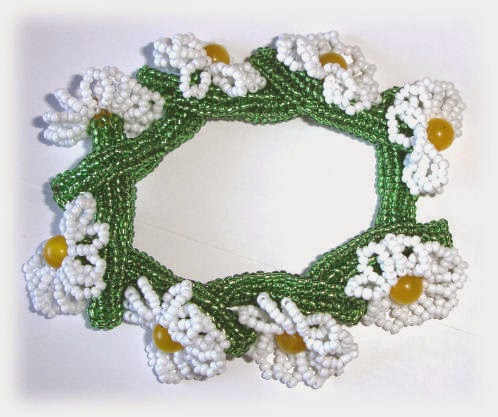 Made using a needle and thread and small seed beads, each daisy locks into the next, just as if you were sitting in a daisy strewn meadow, randomly picking the flowers, trying to get your nail through the stem to make a hole for the head of the next daisy to pop through. 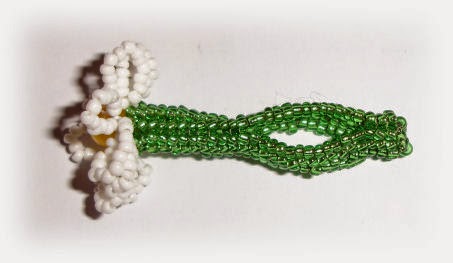 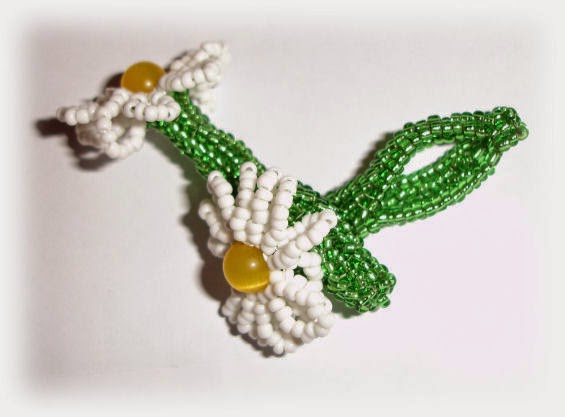 I never did that though - being a nail biter, I could never get the hole in the stem.  So, perhaps, this project was to fill in a part of my life that was missing something.

Of course, you could make it bracelet size, head band size, or necklace size. 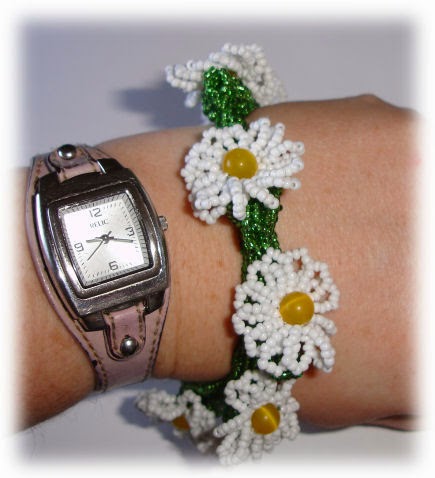 I have now resurrected the original pattern, re-written it in a better format and put it up for sale for the price of a cup of coffee  :)

I have also listed this one.... it is a cube bead bracelet, also beadweaving, a technique called Right Angle Weave, or RAW for short. 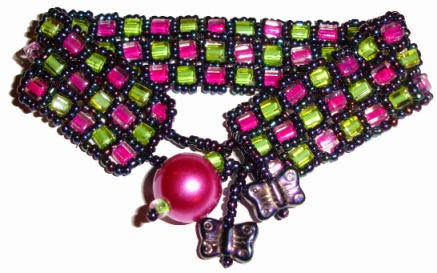 This pattern managed to bag the front cover, so you can imagine I was rather pleased about that  :) 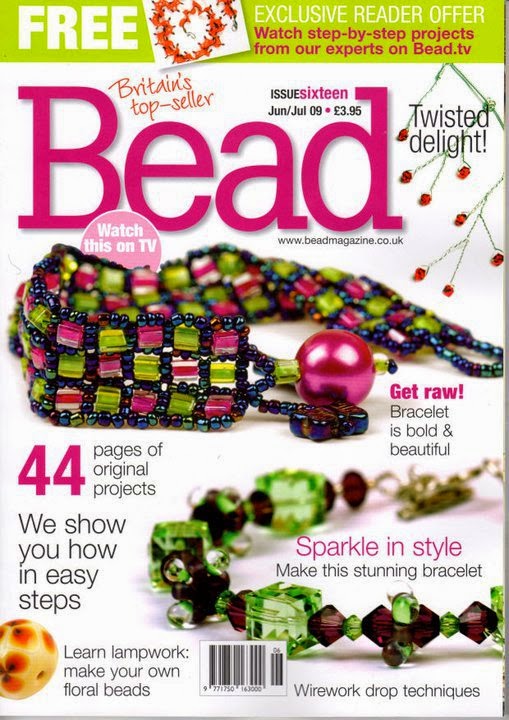 It was way back in June/July 2009 and the magazine was Bead.  I have had the cover of magazines a few times now, but this one was the nicest I think - due to the zingy colours perhaps. 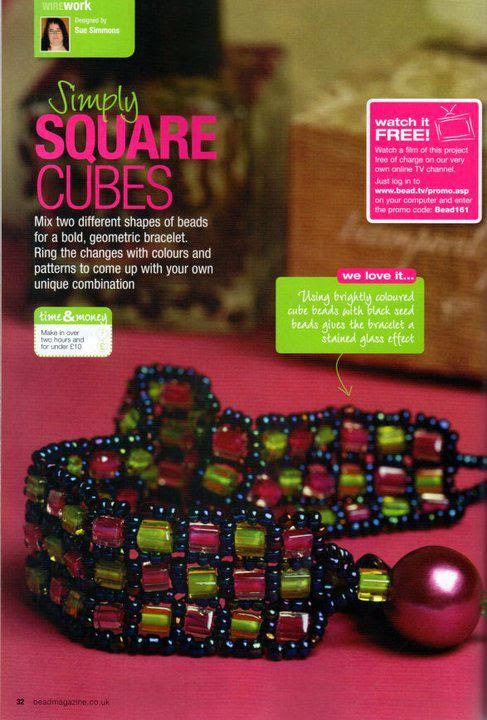 Anyway, if you fancy this one too and would like to donate to my wine fund, you can find it HERE.

I will be adding some more as and when I have some spare time.
Posted by Unknown at 21:44