Small Business Saturday UK is a grassroots, non-political, non-commercial campaign, which highlights small business success and encourages consumers to ‘shop local’ and support small businesses in their communities. The day itself takes place on the first shopping Saturday in December each year, but the campaign aims to have a lasting impact on small businesses.

This year, I was lucky enough to bag myself a space - a FREE space, right bang in the middle of Carlisle City centre.

It was a very chilly, -1 when we arrived at 8.15am.  The atmosphere was already buzzing with the stallholders all busying themselves setting up their stalls. 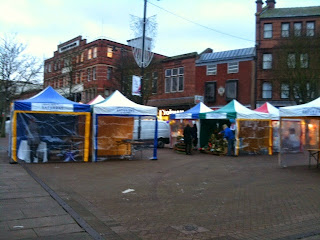 We were given a gazebo style tent - thankfully with sides, as it held the cold back a bit, but see-through sides so we could still see out. 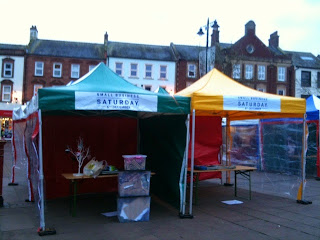 Half an hour later we were set up and ready to rock.   I have loads of layers on - due to having quite a nasty cold that has taken me off my feet for a few days, Hubster insisted I dressed up warm.  I have never worn Long Johns before, they were surprisingly comfy.  And warm. 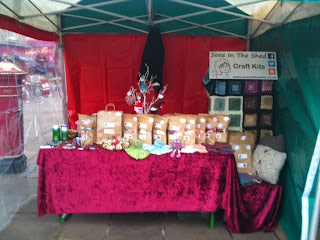 There was load of international food stalls, I promised myself a load of Olive bread, but sadly, for some reason, the artisan bread stall didn't show up, so I had a Moroccan Potato Tajine instead, with couscous.  Not sure what it tasted like, or even smelt like, as both my nose and taste buds have disappeared.  But the texture was good - and it was very warming as it slipped down into my belly. 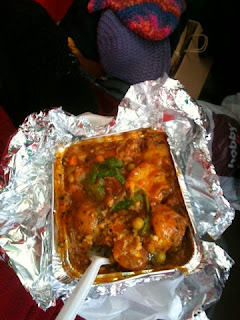 My view from deep inside the cosy tent.  Looking out onto the bandstand who played Christmas music for us to tap our feet too.  Before that we had the Salvation Army band playing Christmas Carols.   If only I hadn't been full of Lemsips, I would have gotten myself a little merry on Mulled Wine (from another stall) and had a little dance  :) 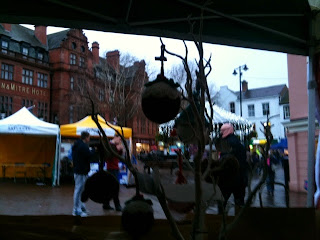 All in all, a good day.  I couldn't chat to anyone (voice gone too), but I did a bit of croaking and sign language and got by.

My lovely sister, Julie, was Ruby sitting, and she came by to see us, with Ruby dressed up as a Christmas Pudding.  Hubster face made my day, our big butch bull-breed dog, with a head like a sledge-hammer, dressed up as a pudding.  Priceless  ;) 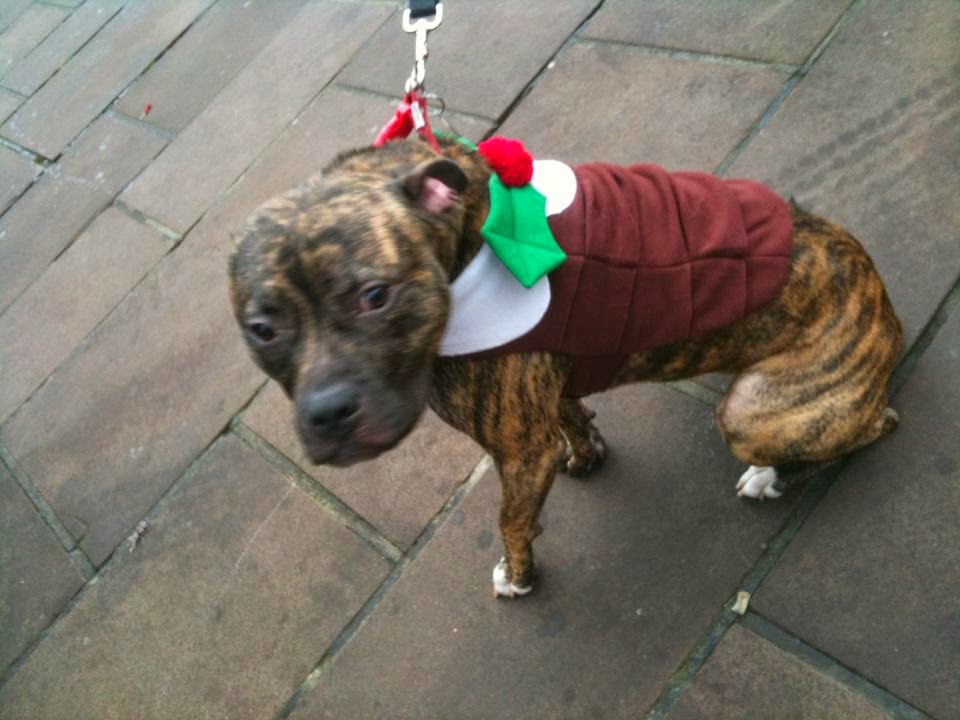