Our first night in Vilamoura.

After enjoying a holiday in Portugal last April, we decided we'd like to visit again - only this time a different area.

The price made the final decision as we love a bargain so when a week in 'Vilamoura' popped up at just £200 for both is us (self-catering) we thought that would do quite nicely, thank you very much.

We flew from Liverpool John Lennon Airport on New Years Day, leaving behind a miserable, soaking wet & storm battered UK to flee to sunnier climates, or so we thought.

Of course, I had to take a project to do whilst away. I chose to take some threads & a tiny 1.25mm steel crochet hook to make some Doileys with.. 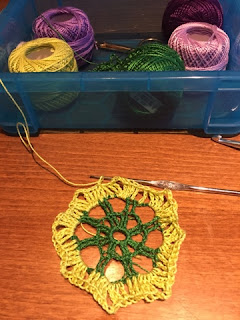 And some DK yarn to make a Filet crochet blanket with for a new family member arriving very soon :) 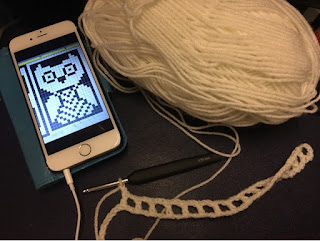 The plane touched down on Portuguese tarmac and the windows looked immediately rain splattered. The doors opened and we had to walk across the tarmac to the airport, and it was HAMMERING down. This was rain you wouldn't attempt to go out in even in the UK where we are used to it!
We ran.... cabin sized suitcases on wheels bouncing around behind us. No politeness as the fitter ones overtook the less fitter as we dashed for cover. Only a short distance but we were well and truly drenched. Soaked right through to the skin, and not hugely looking forward to the transfer journey to our apartment.
"At least it's warm rain" noted Hubster.

An hour or so later and we reached our apartments. The Alamgar. Usually we seem to get places quite a way off the beaten track, we don't mind this, we like to walk and explore.  This place, however, seemed to be on a main street with restaurants, shops, and a big lit up, glittering casino right opposite.

Nice enough apartments, we're not fussy about places, except we like it to be clean. Having spent only £78 for a week on accommodation, we had low expectations, but it was really quite nice.
Separate living area & bedroom, both leading to a balcony overlooking the street (which works for us as we like to 'people watch') 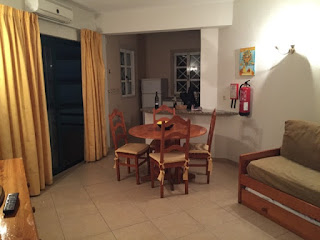 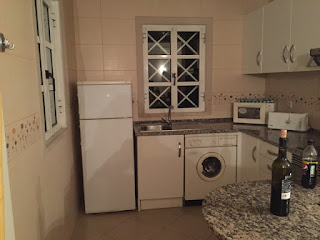 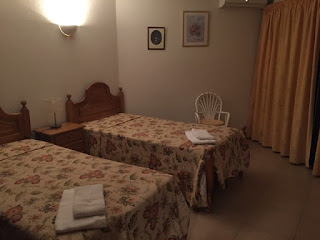 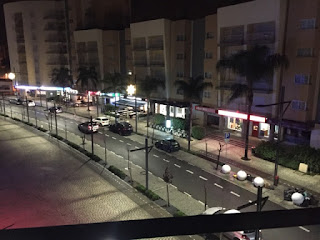 No kettle. Hoping it's an oversight, will need to call the emergency number in the morning ;)

After quickly checking in (aka waiting 20 minutes for someone to arrive as it was NYD and 'out of hours)  and dumping our bags we ventured out in the vain hope we might find somewhere to eat at 11.00pm at night and that we didn't have to resort to the emergency bag of Hula Hoops and a Lion bar for dinner.

A McDonald's seemed to be the only place open..... couldn't think of anything worse, except maybe a bag of Hula Hoops & a Lion Bar. So Maccies it would be. Except after queuing for ages (it was definitely the place to be if you were a teenager and out late at night in Vilamoura) we discovered they don't do veggie burgers in Portuguese McDonald's!

"Do you just want fries?" Hubby asked.... "Let's just head back & have those Hula Hoops" I replied rather grumpily.

Interestingly though, this sign was at the car park exit. 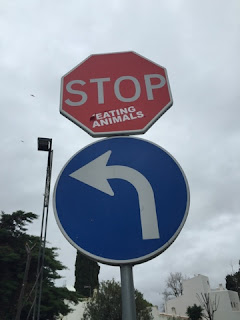 And would you believe it, on the way back (a different route) we found a pizza cafe! Whey hey.... pizza.... and wine!! That'll do nicely. Good prices too. €9 for a huge, table sized, pizza €6 for a whole bottle of wine (we thought that price was per glass). We even took some pizza back for breakfast ;) 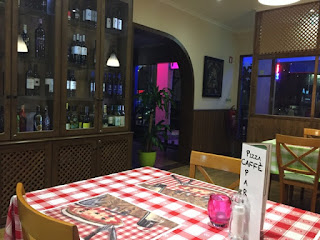 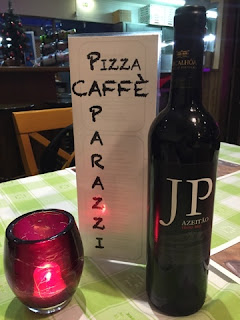 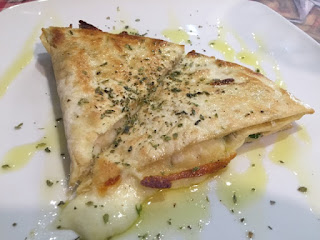 And a margarita the size of a small table! 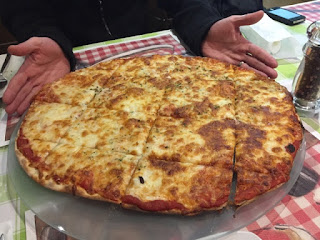