A new face for a Rag Doll

I had a challenge set to me just before Christmas.   Could I put a new face on this Rag Doll.

The lady had bought it as a gift for her Granddaugher, but before she could put it away her Grandson was sick on it, and the result of cleaning it up was this......   Great for a kid's toy huh? 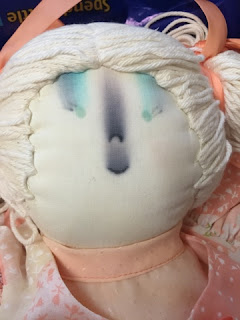 Oh my goodness, what could I do??

I really didn't want to put too much time in as completely rebuilding it would have been expensive labour wise, and it might have been cheaper to buy a new doll, so a cover up was needed.

The first cover I tried was a vintage cotton - trying to get the right shade was a nightmare, it was either too creamy in colour, or not cream enough.  However when I finally found a piece that was good enough, I pinned it into place to find the smudged ink bleeding through when I dampened it slightly.  I did dampen it on purpose as I needed to see what would happen if it was to get wet again - maybe with a child crying. 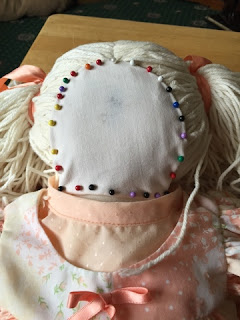 Scrap the cotton idea then, back to square one.  I took this photo so I could remember what the face was supposed to look like. 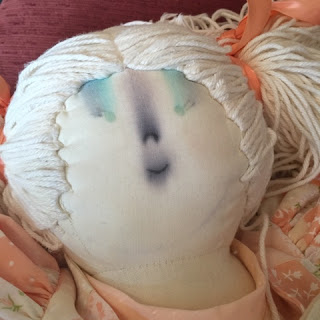 Then cut a circle of felt - I had over 100 sheets of felt in my stash, not one was the right shade, I had to go and source one. 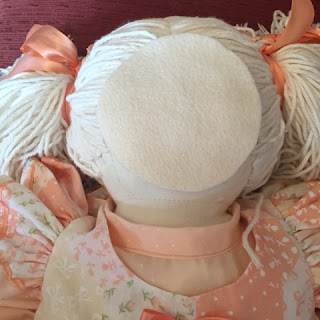 With a heat sensitive pen I lightly drew the face in place. 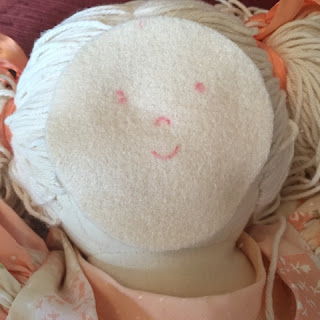 Then embroidered it - to make it much more stable that using fabric dyes and pens. 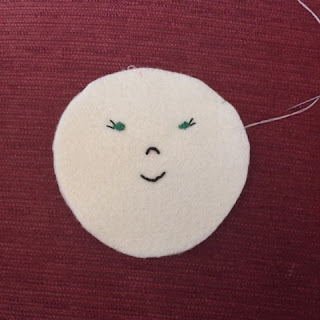 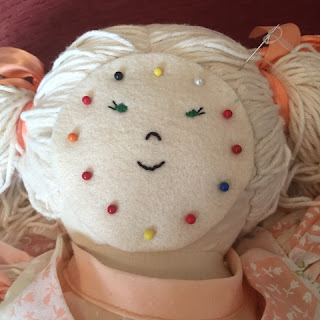 ... and sew it, ever so neatly, with little enough stitches that they weren't visable, but would hold good enough. 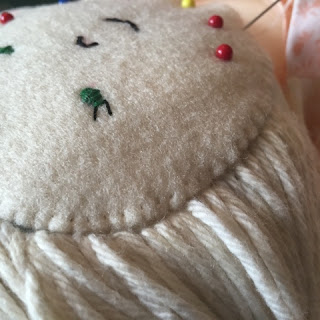 I finished her off with a bit of fabric pen eye make up - if it does come off it won't matter really due to the embroidery underneath, but I wanted to make the eyes a wee bit bigger.  Then a little bit of blusher to give her a rosy glow. 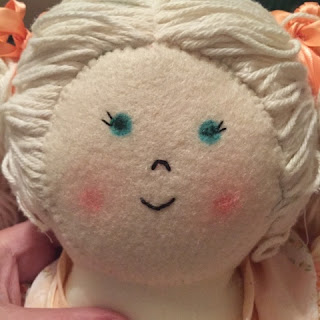 And she was done! 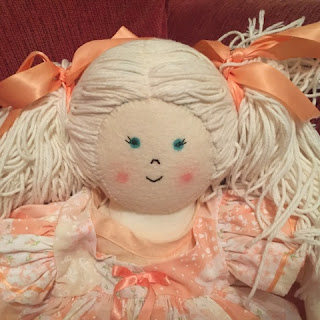 Hopefully her little face will last a bit longer this time   ;) 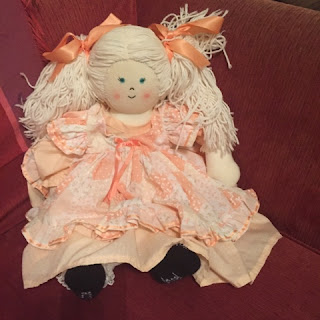