As part of our anniversary celebrations I offered some really cheap workshops as taster sessions.

One of these was how to make a Thread Bowl.  These are so much fun, but quite unknown so there was only one person booked on this class.  Never mind though, we had some fun playing, just the two of us!

I made a bowl with lots of different colours and snippets of threads, while Barbara stuck to yellow threads with pieces of tweed thrown in - she says her piece looks like a "deconstructed bumblebee", which I thought was quite apt looking at her colours.

We wash the pieces in warm water after sewing, then you can set them into a bowl shape if you wish. Barbara decided to leave her piece to dry flat so she could decide what to do with it later on.  Can't wait to see what she decides on. 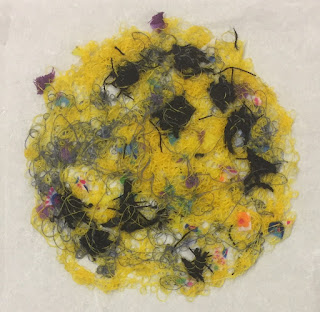 I formed mine into a bowl shape by draping it over a ceramic bowl. 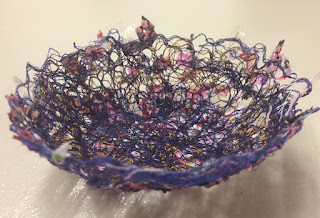 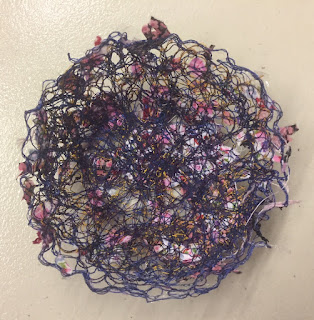 They are not massive bowls, but just big enough to get a taster of the technique.  There is so much you can do with this and it is so much fun. 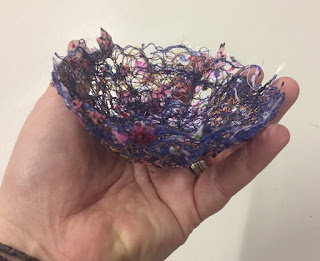