Over the festive season this year I took home four balls of Stylecraft DK yarn and an idea to make a crochet cushion.

In my head I had a psychedelic zig-zag of colour - just the thing to chuck on your sofa to brighten up a cold winter.

The first one didn't work so well, it was rather baggy ... but I could see the potential.

I quickly made a cushion pad to help me along - all I had in the house that I could use was a spare pillow and a very old vintage sewing machine.  I opened up the pillow, took out the stuffing and used the fabric to make the case. I drew around a wastepaper bin to get the round shape I needed, then sewed it and re-stuffed it. (but I also ordered some as it's so much easier  :) ) 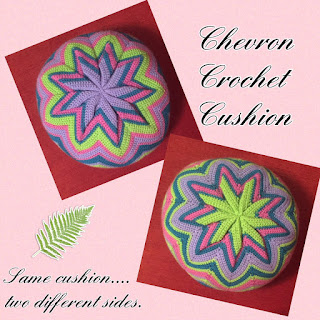 FOUR attempts later I finally had a cushion that fit the pad perfectly, and had no baggy bits - I mean, who wants baggy bits anyway? 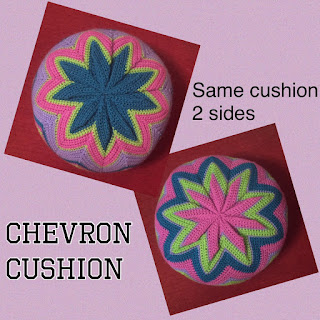 I feel I did get the result I was aiming for in my head, and during the process I was inspired to take the idea to make different things, so keep your eye out for those.... coming soon.

I am planning to make this into a kit very soon - I do have to re-make the cushion so I can photograph it for the tutorial, hopefully I can get that done quite soon.   In the meantime let me leave you with all four sides of the two cushions. 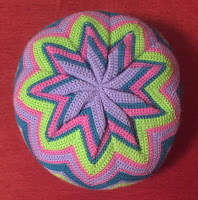 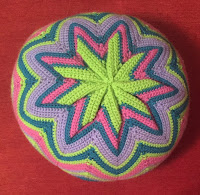 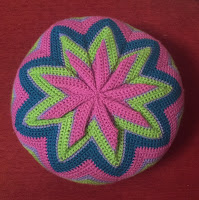 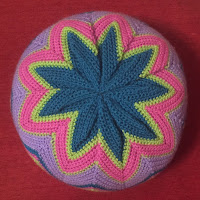