When the new Easter lines arrived in Hobbycraft this year, I spotted this unusual Bunny Wreath. Made from rattan, it was such an interesting shape, I just had to do something with it.   But what...... 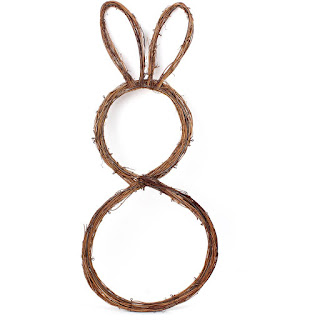 I started by grabbing some cream yarn and wrapping it around the wreath. 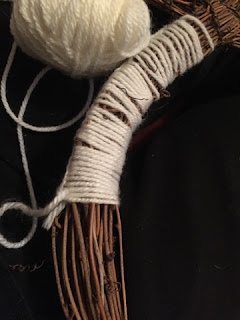 Obviously one wrap wasn't going to be enough, I ended up wrapping it three times in total to try and hide as much rattan as possible. 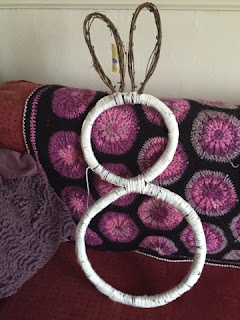 Then I decided I would add a kind of "dream catcher" design to the centre.   I threaded a needle with yarn and looped it through the wraps at equal intervals.  I then went back around looping each new wrap until it all met up in the centre. 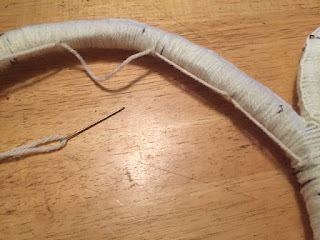 Doesn't look too bad does it?  So I did the bottom hoop as well  :) 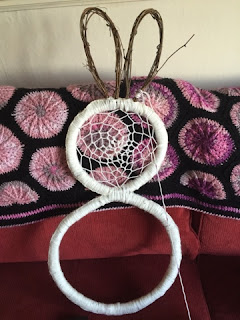 Time for the ears.  This time I picked a cream yarn with splodges of pinks and lilacs in it, and started to wrap. 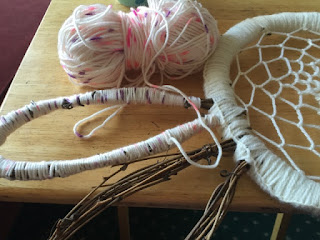 I added the design in the ear gaps just like the large hoops. 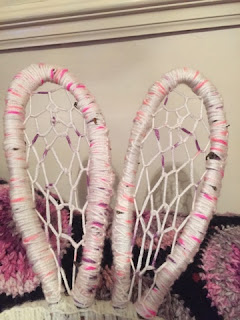 What else did I need to finish it off, I thought.  Ahh yes, a pom-pom for a fluffy tail.
Using the same cream, pink and lilac yarn, and a pom-pom maker  (as we don't need to cut cardboard circles anymore) I quickly made a big fluffy pom-pom. 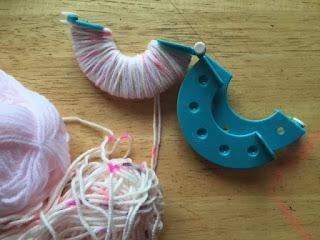 And that was it finished.  It did take a little while to wrap the wreath form, but worth it I think.

Now little bunny is ready to catch those nasty dreams   :) 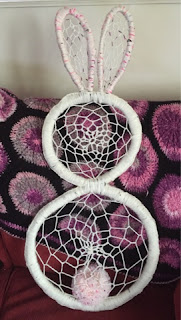