My stand in Warwick Tower

Warwick Tower is a vintage emporium in Carlisle.  Up until now it was situated in a "tower" at the top of Warwick Road in the City, above the Aga shop.

I wrote a blog post about the opening, way back in April 2013 when I was invited to the launch party.

Well, now they have moved to a bigger premises.   The venue is an old, unused, church called St George's, which is just down the road, still on Warwick Road, beside the Courts, if you are familiar with that area. 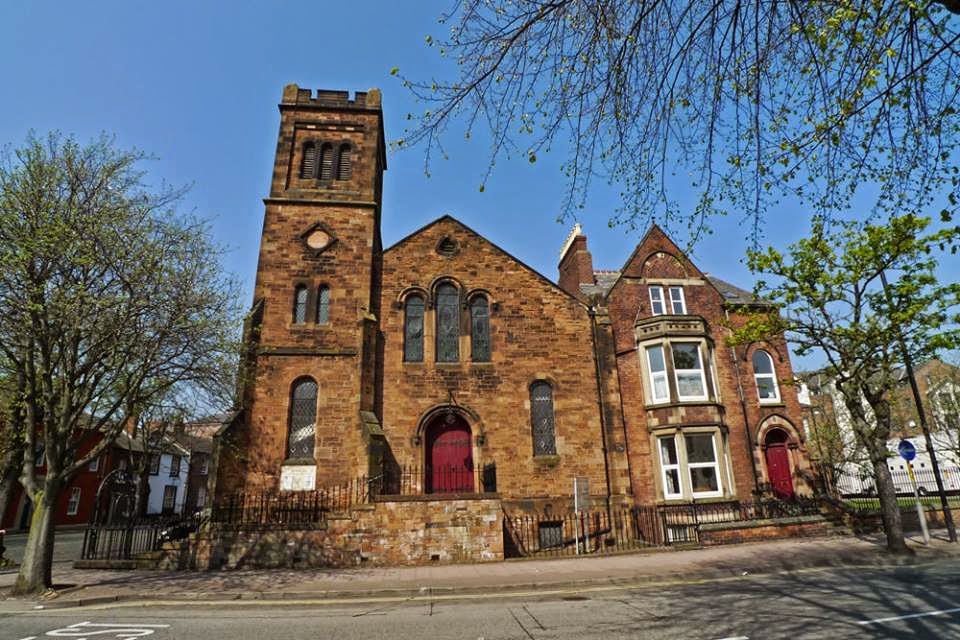 In the main part of the church, where the red door leads, they have sectioned off "units" for people to rent to sell their goodies in.   It doesn't need to be staffed as there is a central till point, so it was ideal for me to pop some bits and bobs in.

I recycled this shelving display that was destined for the tip, it makes rather a good Craft Kit holder, don't you think?  I placed it there in the corner, then decided against it as it was not being used to it's full potential placed like that  :) 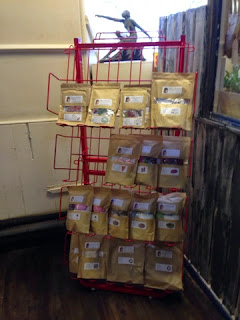 I needed a sideboard, I decided, and as it happened, I had this one in the spare bedroom at home, so "borrowed" it for a while.  On top there are pots of bead mixes, some melted glass bottles which can be used as cheese boards or spoon rests. 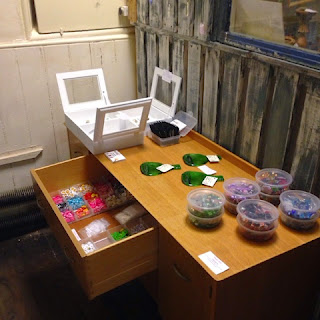 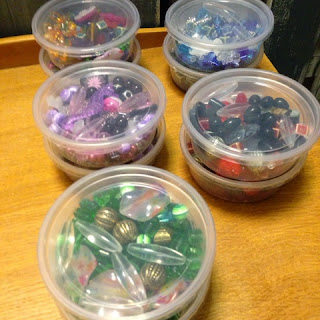 The draw stays open to reveal some colourful children's buttons. 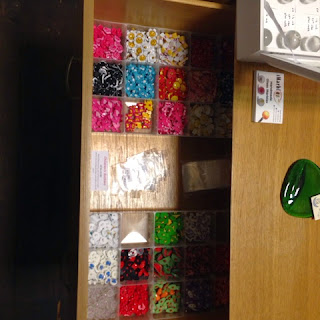 The white display boxes are full of Hubster's beautiful Marbles. 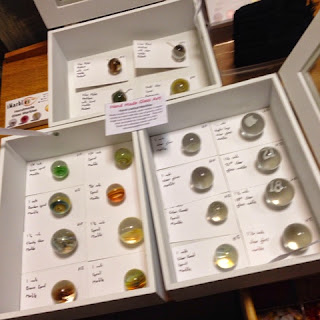 Then I have popped hooks into the panelling and hung some fused glass pendants from it. 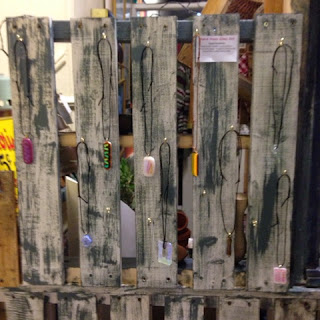 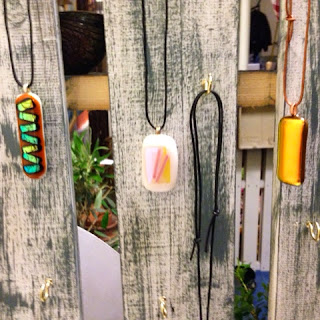 Standing back, this is my stand.  I will be popping more stuff in as the days go by, in fact I have put a display of glass beads in there since. 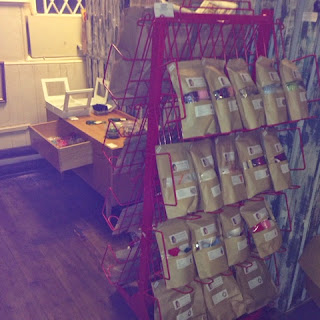 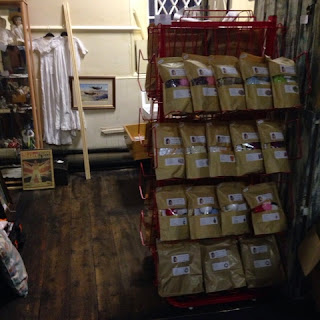 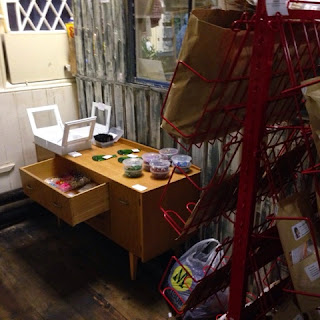 Do pop down and have a look, there are some wonderful pieces in there, especially if vintage is your thing.

For loads more photos (or other people's stands) please click on WARWICK TOWER and go have a browse  :)