Another tie-dye shirt for Daddy L

I am afraid I am a bit tardy, as most people already know.  Commissions just aint my thing, even if something only takes a few minutes/hours to make, it can take me WEEKS  (months) to get round to it.

As in this shirt for Daddy L.

He liked the previous one I did for him so much he instantly asked for another, so I have had this nice crisp shirt since the end of August.   Ahh, tis only 3 months.  It's not that bad!

The brief was 'red'.   So I got some Tulip Red Dylon dye, which incidentally is more of a dark cerise pink - but he won't mind. 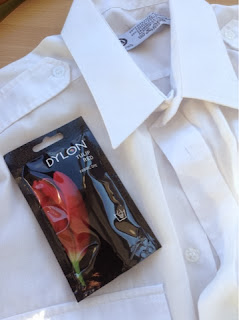 Holding the shirt at one side of the collar, I tied elastic band diagonally down it. 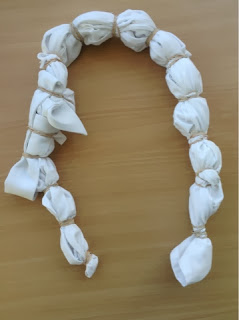 And dunked it in the dye for a few hours.  Swishing and stirring now and then. 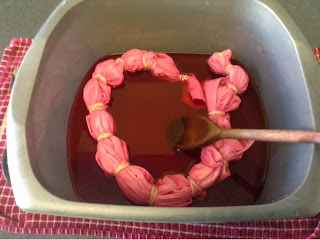 Then I gave it a rinse in cold water, and chucked it in the washing machine on a 40 degree wash. 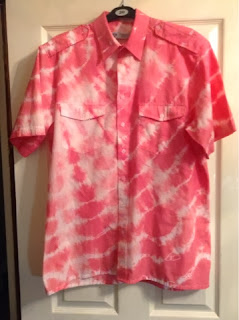 I think he will look rather smart in this.