What a great day today, the sun was out & shining so we decided to go an visit Gozo, a smaller Maltese island.

After breckie, which happens to be a cheese & jam toasty each morning (I'm Northern, I'm allowed) and a bucket of tea we went to grab the bus, using our weekly ticket.

Straight off the bus at the ferry port and straight onto the ferry. We didn't need to stop and find out where we were going, we just got swept along with all the other people going in the same direction. 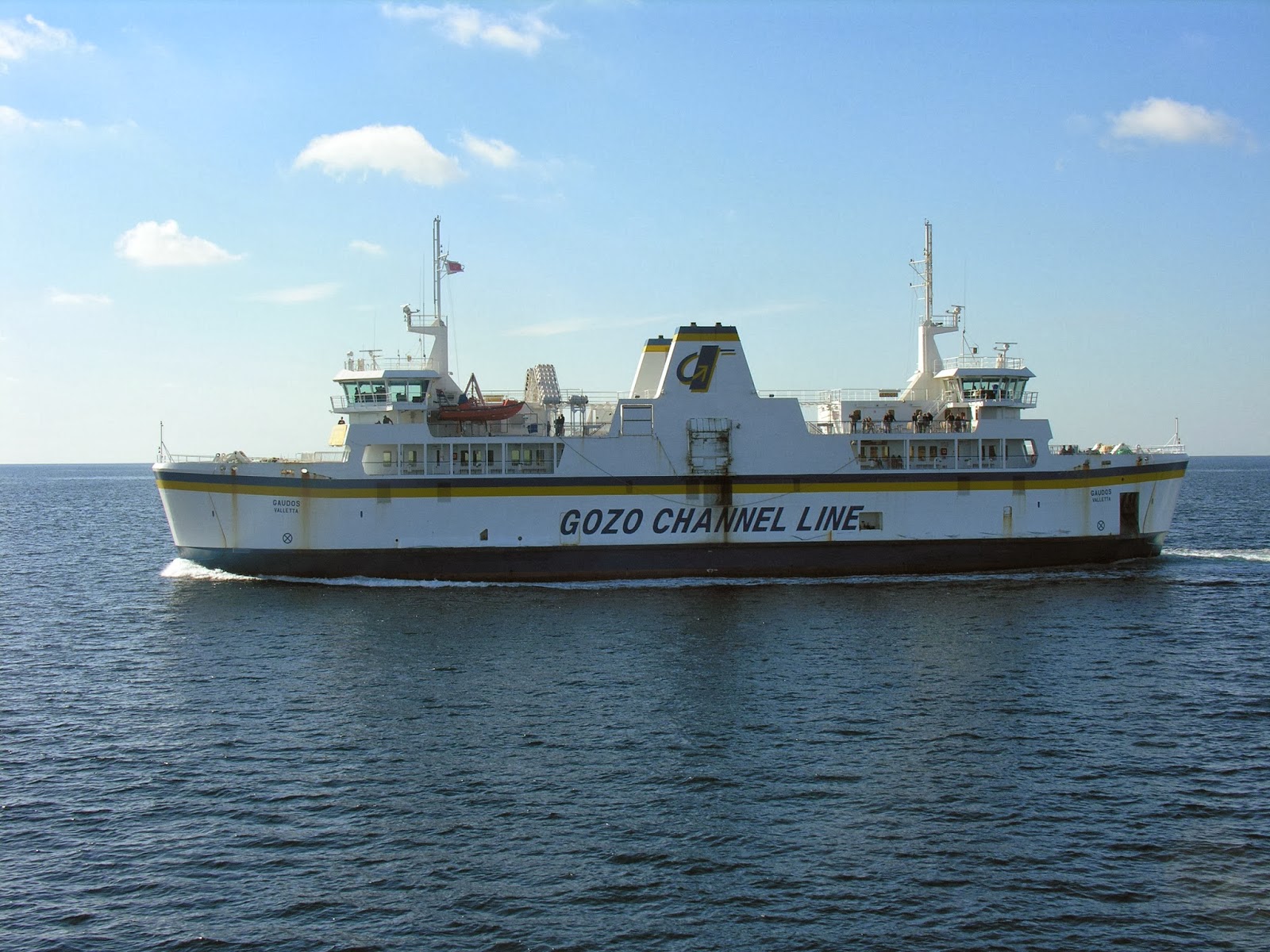 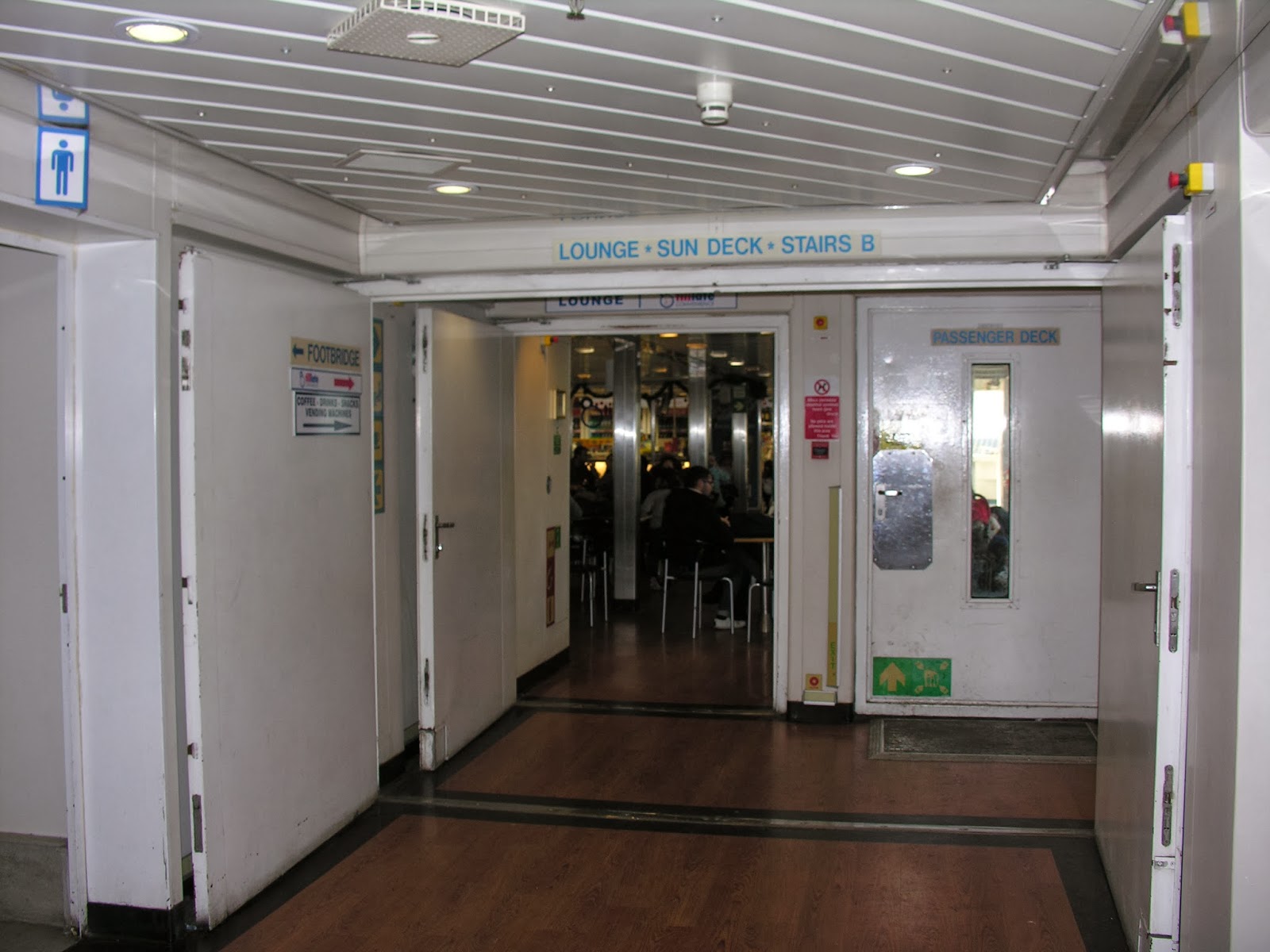 Then, we were on board! Hang on, we haven't paid! How do we pay? Who do we pay? Is it free?  We eventually found out that you pay on the way back.

Once there we jumped on a 'hop on, hop off' tour bus. We worked out that the whole tour was 3 hours in total, and we could do four stops at 45mins each time before we were on the very last bus. 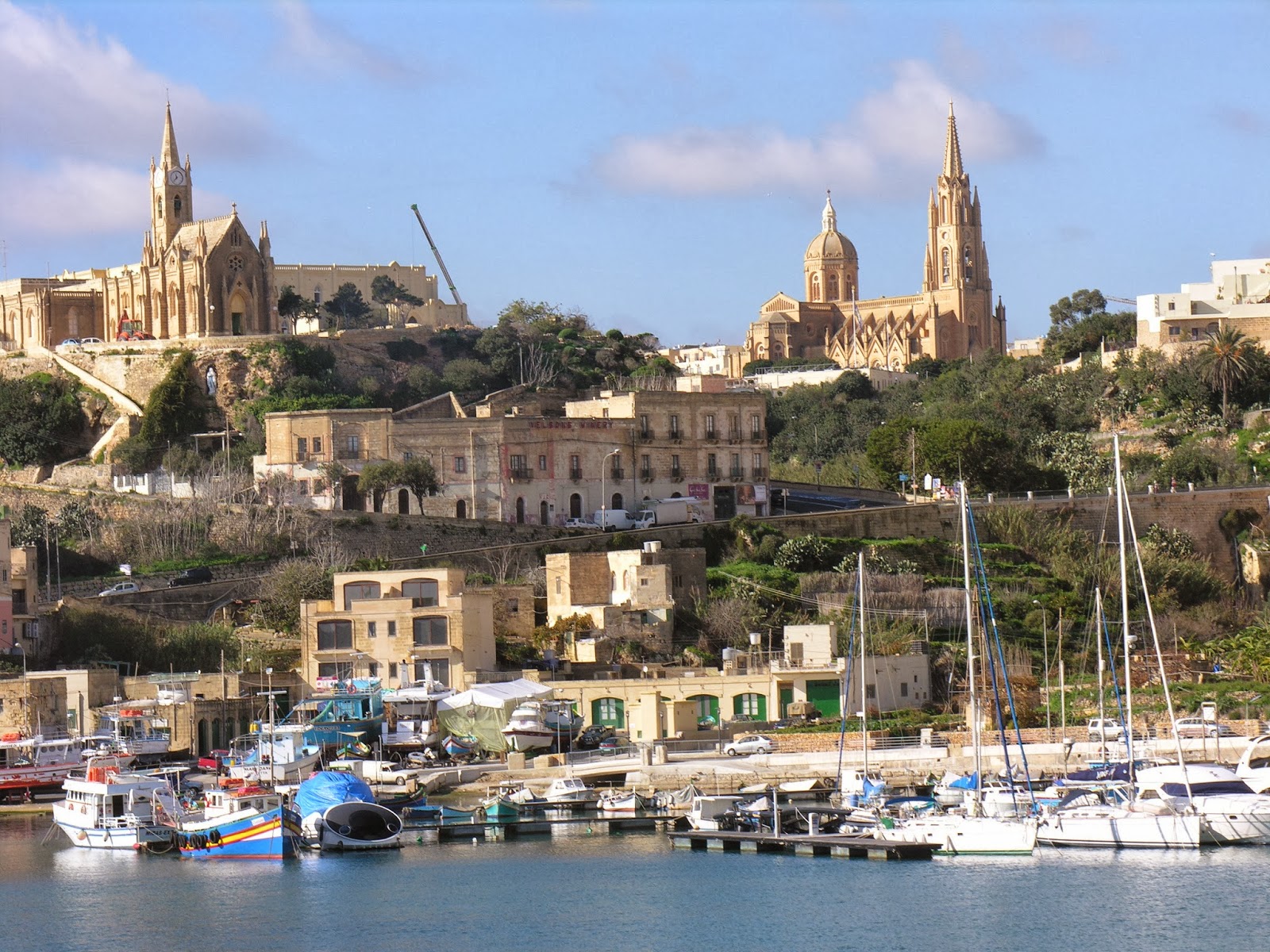 The Ggantija temples was ok, it was bigged up to be 7 meter high walls built by giants. Older than the pyramids. It was interesting enough, but it did only take half an hour to look round yet it cost €8.00.

However I did spot a lizard which totally made my day! 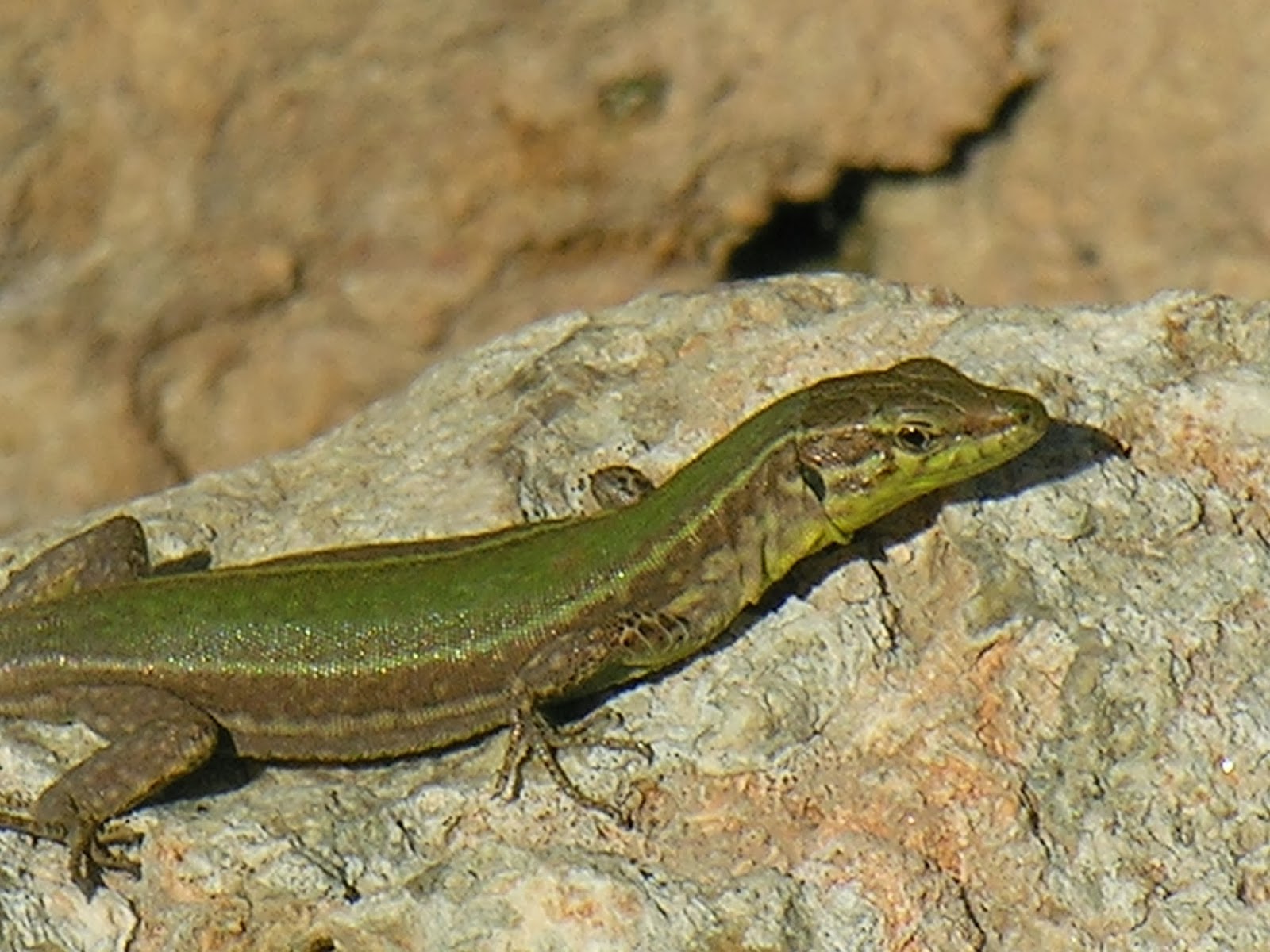 It was now about lunch time but there was nothing about but a gift shop with an ice-cream fridge. We shared a lolly thing covered with nuts.  I'm not a lover of ice-cream & Hubster is diabetic, so it wasn't the best choice.

The Arts & Crafts Village was another let down, this place boasted a candle maker (shut) lacemakers (lots of doileys, no demos) glass blowing (the furnaces were all cold) gift (imported cheap jewellery & murano style glass) pottery (proudly made in house we were told, personally I wouldn't have admitted that!!) foodie stuff (didn't go in as didn't want to try all the samples & not buy anything) and a tin ornament maker. Now this chap was sitting working away & quite happy to chat about his craft, so we bought a butterfly for €19. 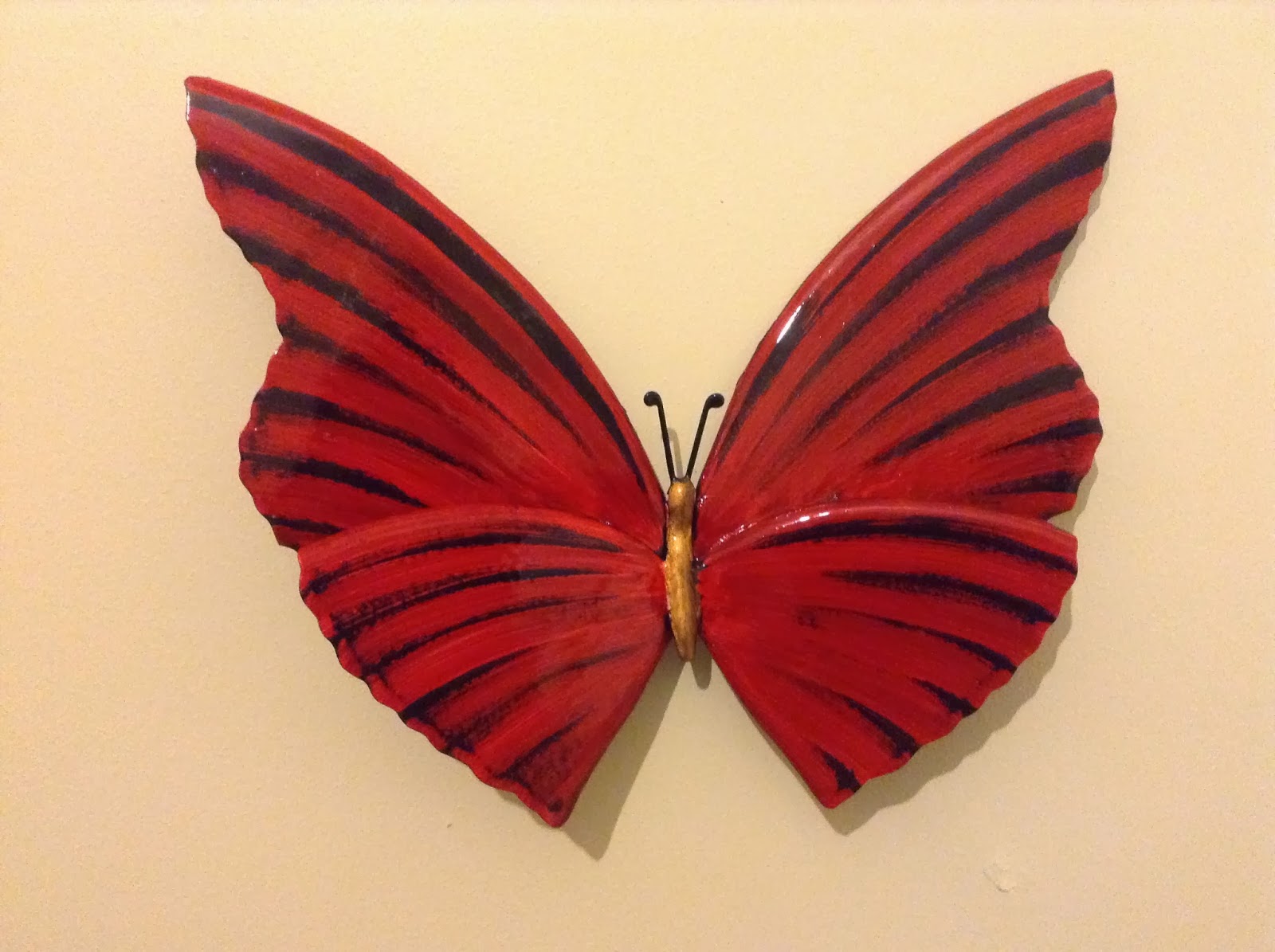 Here it is on on my dining room wall to show you the size. 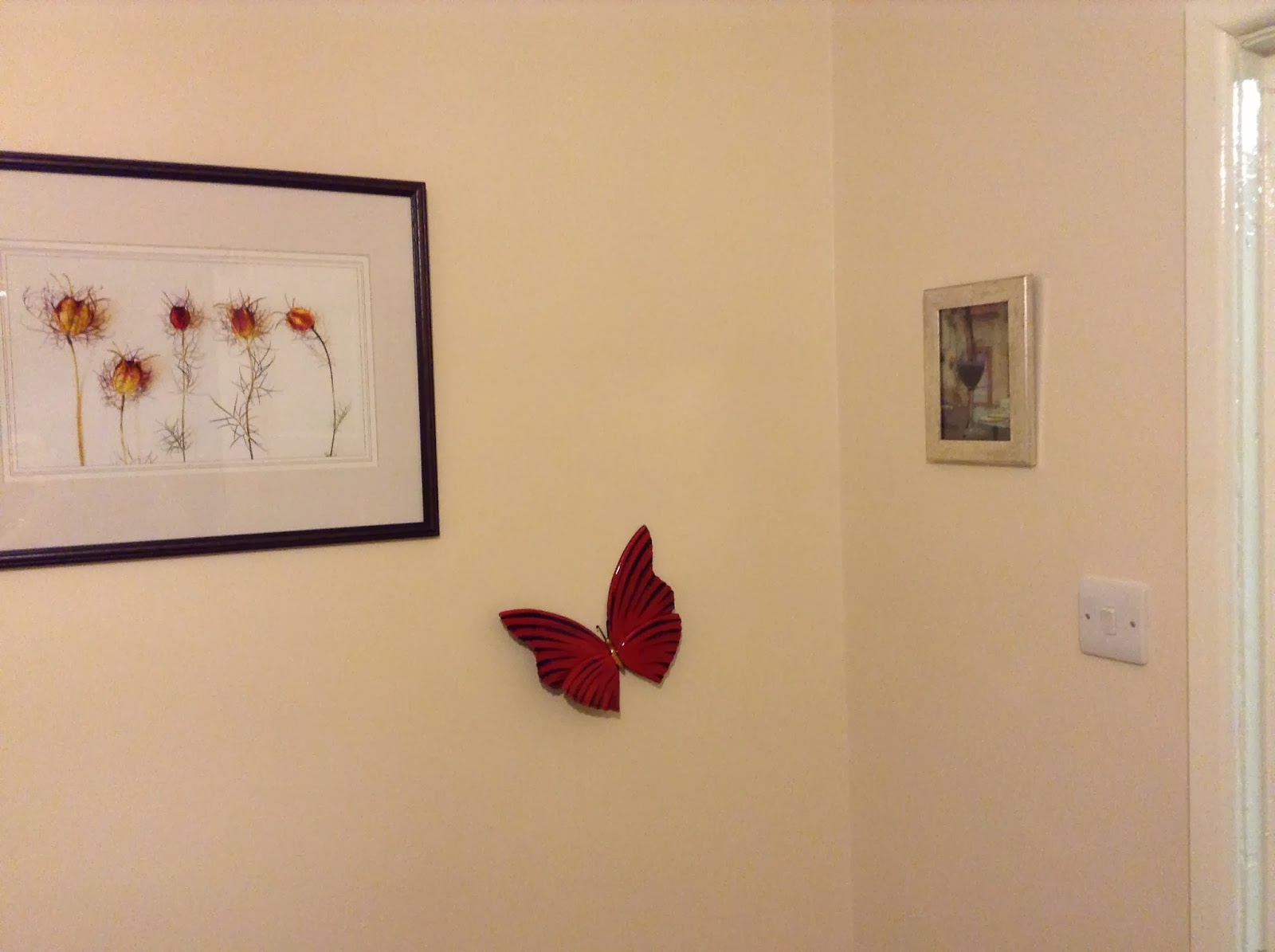 There was nowhere to eat or drink, the cafe was closed! Good job we had a bottle of sun heated water to share.

The Azure Window was a wonderful place. They don't expect the window to be there in a couple of years time & it will be renamed the 'Azure Pinnacle', there are signs to stop you walking over the top as it could collapse at any time - there are some blooming big cracks in it, but still people walked over the top. 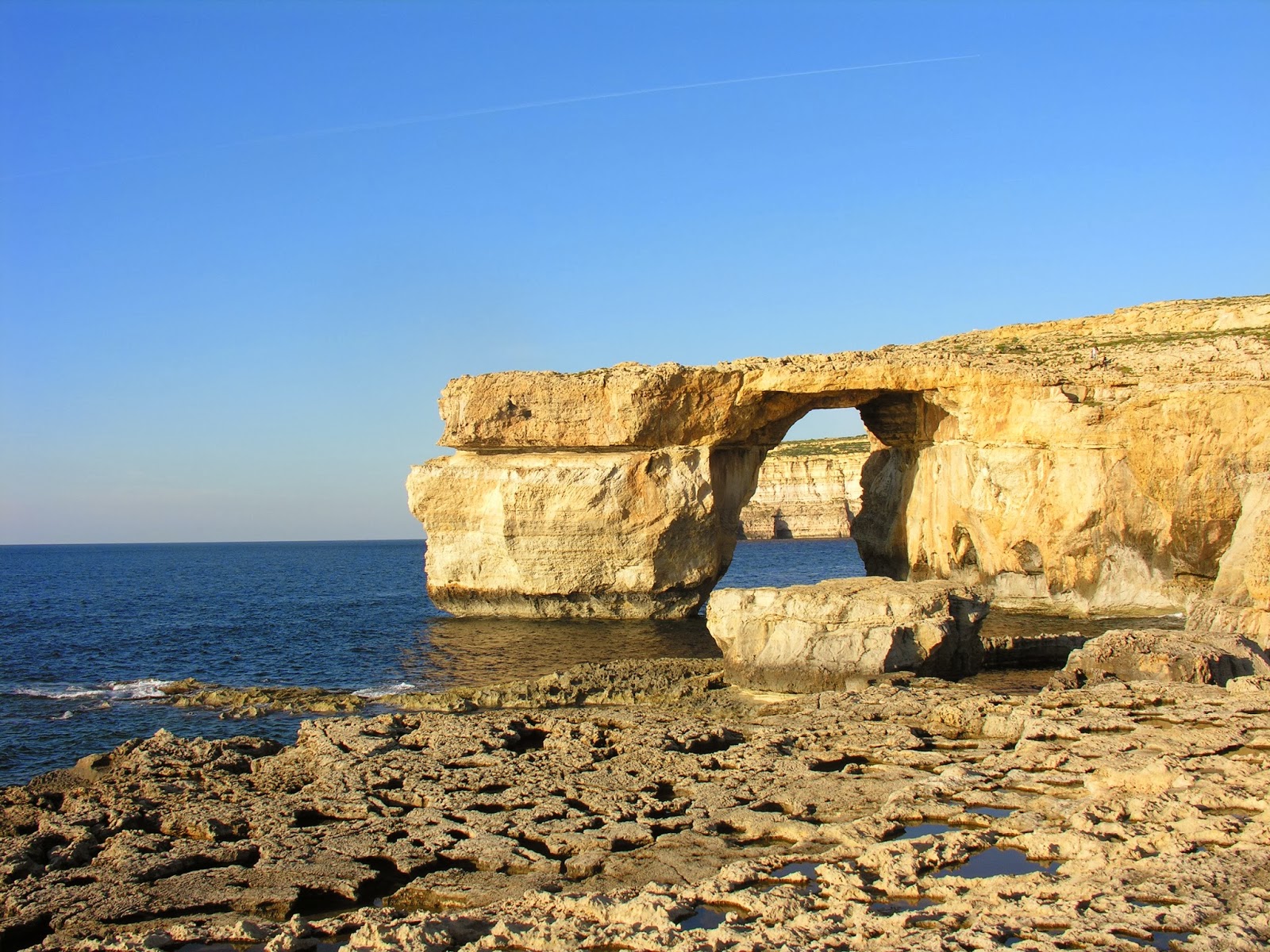 Took LOADS of photos, trimmed down to a few half decent ones that you can see in my Gozo album HERE if you like.

Then we trotted up to the cafe to get lunch (4.00pm) only to be told all they has left was two single pieces of pineapple cake. They'd been busy - not surprised, nowhere else was open.  We ended up with a small tin of Pringles from an ice-cream van with an highly inflated price tag, as they were the only savoury thing they had. 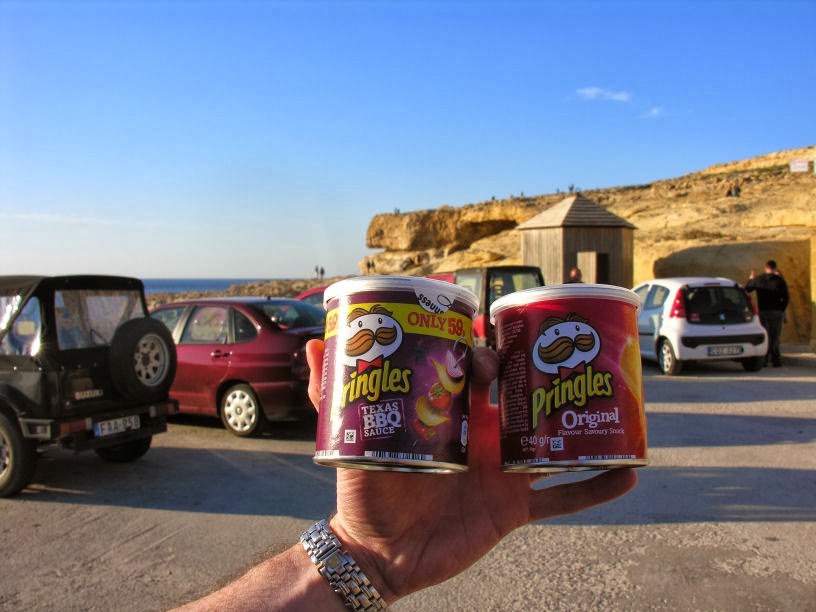 The next stop, Savina Creativity Centre, didn't happen, the bus just breezed on by and back to the ferry.  But we got a bargain brew on that ferry, just 60 cents!  Tasted ok too. 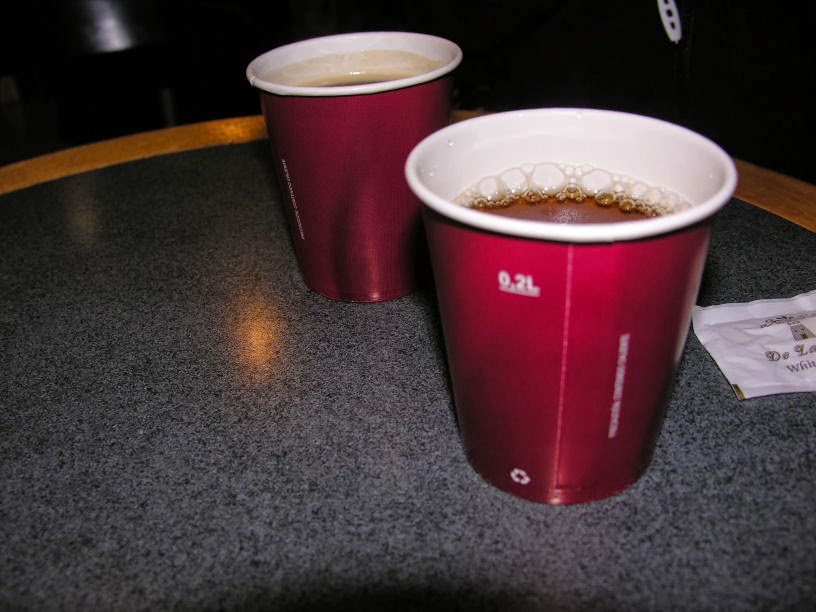 Tried to grab some nice sunset photos as we sailed on back over to Malta.  (can you spot the tiny moon?) 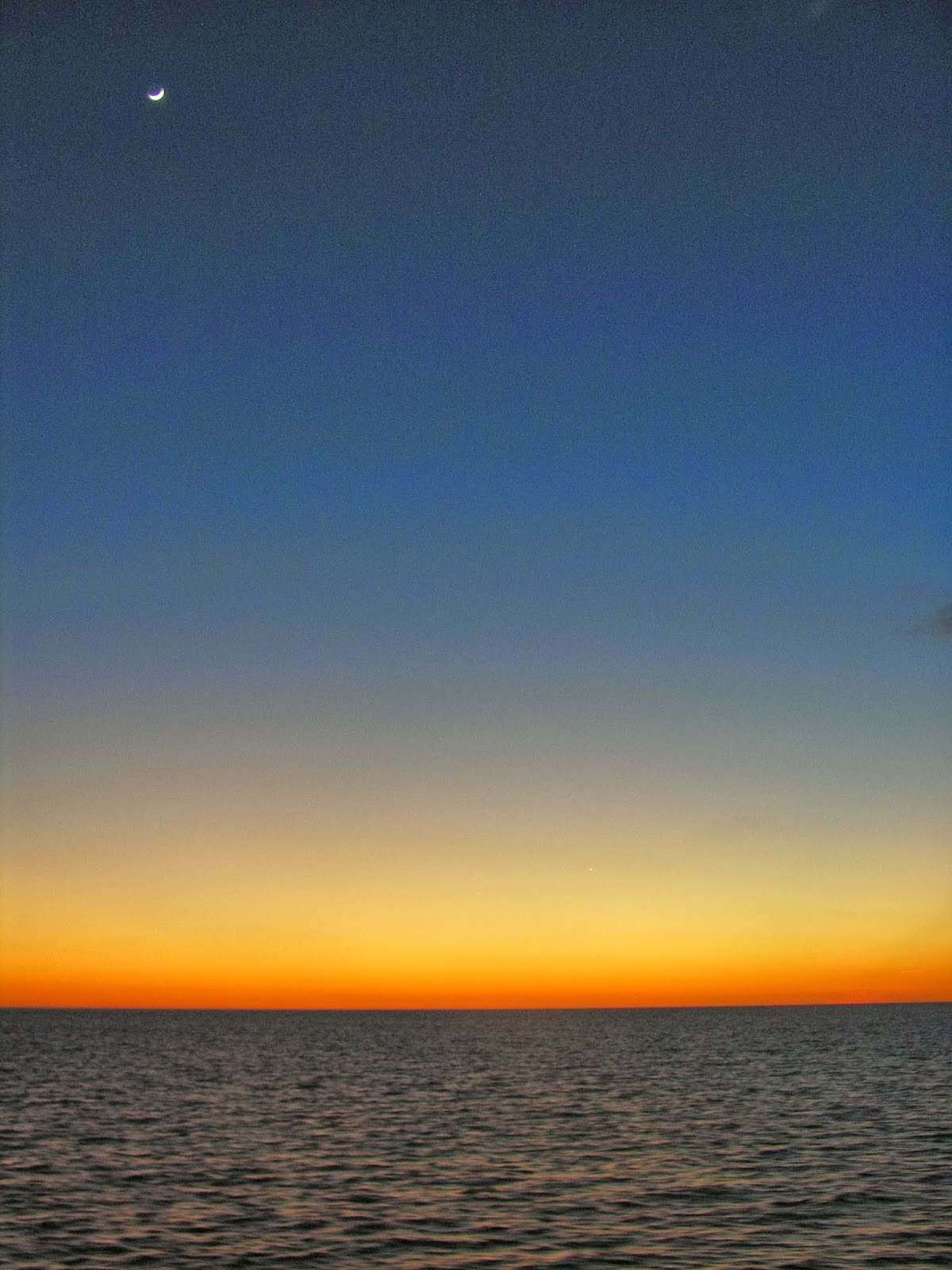 Normal we go back to the hotel to freshen up before heading back out to dinner, but we were hungry & knackered so we stopped of at Tal Kaptan on the way back.

I had a walnut, honey & ricotta pizza, having spotted it earlier in the week I thought it sounded amazing. It was supposed to have blue cheese but I hate it, so swapped for the ricotta.
It didn't work, I love all those ingredients, but they failed to harmonise in my mouth. The first bite was not too dissimilar to a pecan Danish, they you were hit with the tomato & cheese. My taste buds got well confused.  Safe to say I won't be having one of those again.  You can read my Trip Advisor review HERE. 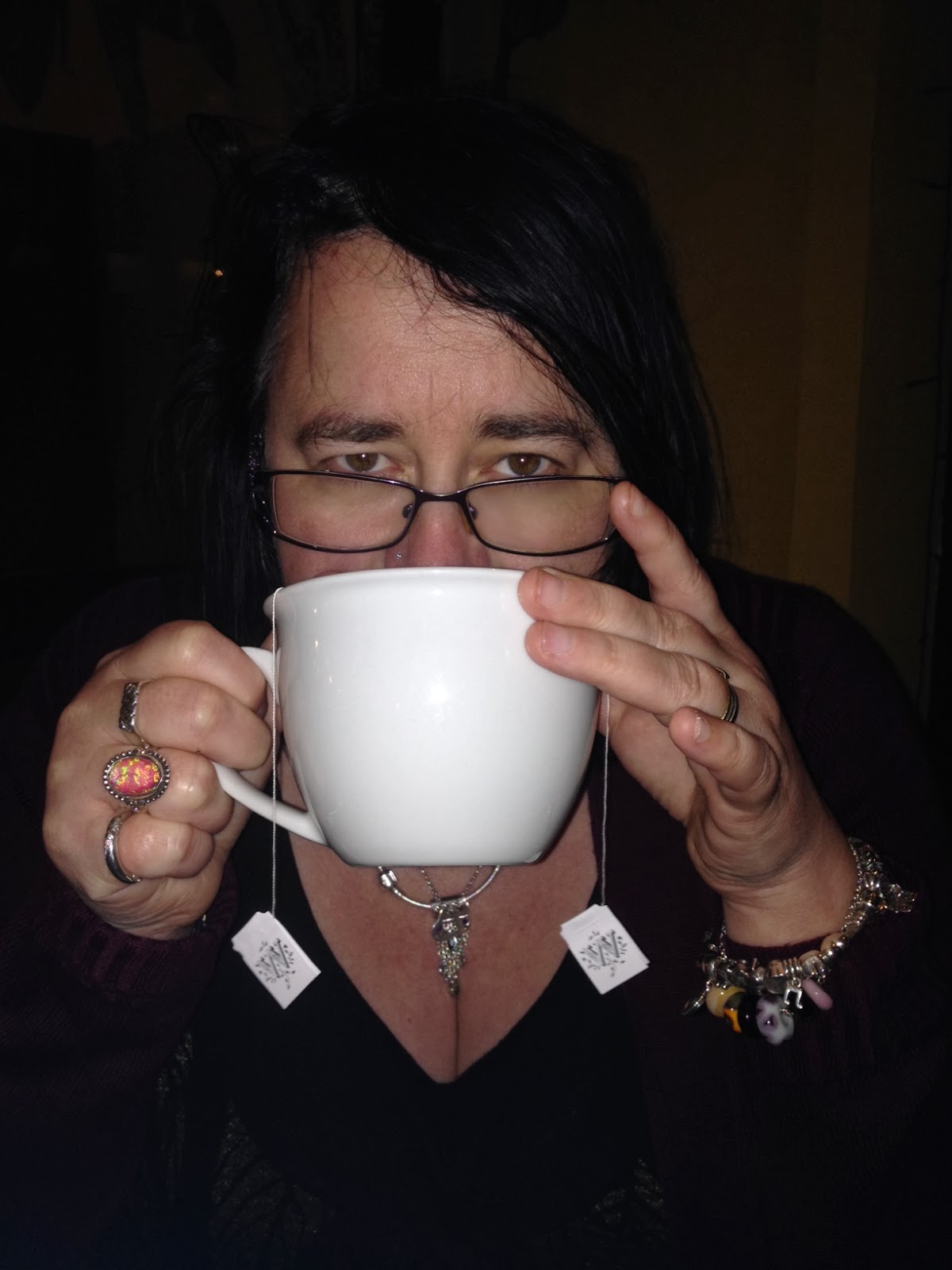