Last night there was a most ferocious storm, lightening lit up the room and the wind battered the balcony doors so hard I thought they were going to blow in!

This morning it was still lashing down, a puddle formed by the doors reminiscent of our first night here, there is no view as the rain has hidden it like a thick net curtain.

We resigned ourselves to a day stuck in the hotel, bored. We are not afraid of going out in light rain, but this was belting it down & we really didn't fancy the idea of having to pack a whole load of wet clothing for our journey home tomorrow.

Just after 10.30am the sun stuck its head out and smiled. Shall we risk it? Well of course. So we did. But on the way I managed to pull a muscle in my calf - no idea how I did that but blooming heck it was painful. Still, gritted my teeth and ploughed on through the day.

We decided to go to Sliema, as we hadn't been that way in the bus before, it was a lovely coastal ride, in and out of the bays.  We jumped off at what we thought was Sliema, it was actually right on the edge and we walked back to St Julian's Bay, quite a long walk, but very beautiful. We stopped here for a late lunch then was just about to head back when for no known reason we decided to grab the bus and carry on. 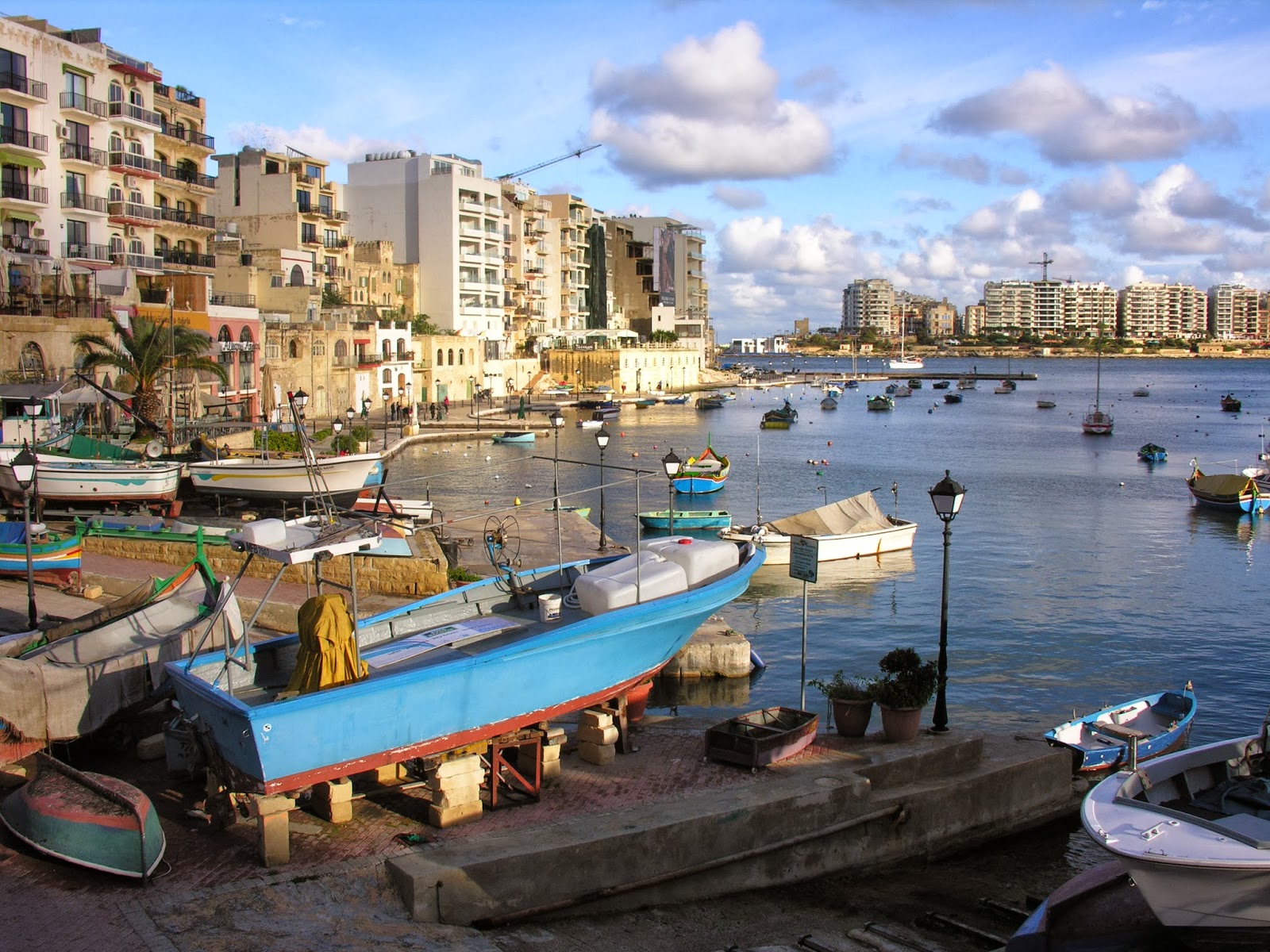 Back round the bays we had just walked and up & over a hill when the setting sun caught our eye, time to jump off & take photos of the sun setting over Valletta - so we did.

Getting a different view we walked up some steps onto a bridge like structure, fixed to the bars of the bridge was hundreds of padlocks with love messages written on them. How cute. We didn't have a padlock with us so couldn't add one, I did have a safety pin but didn't think it would have the same effect. 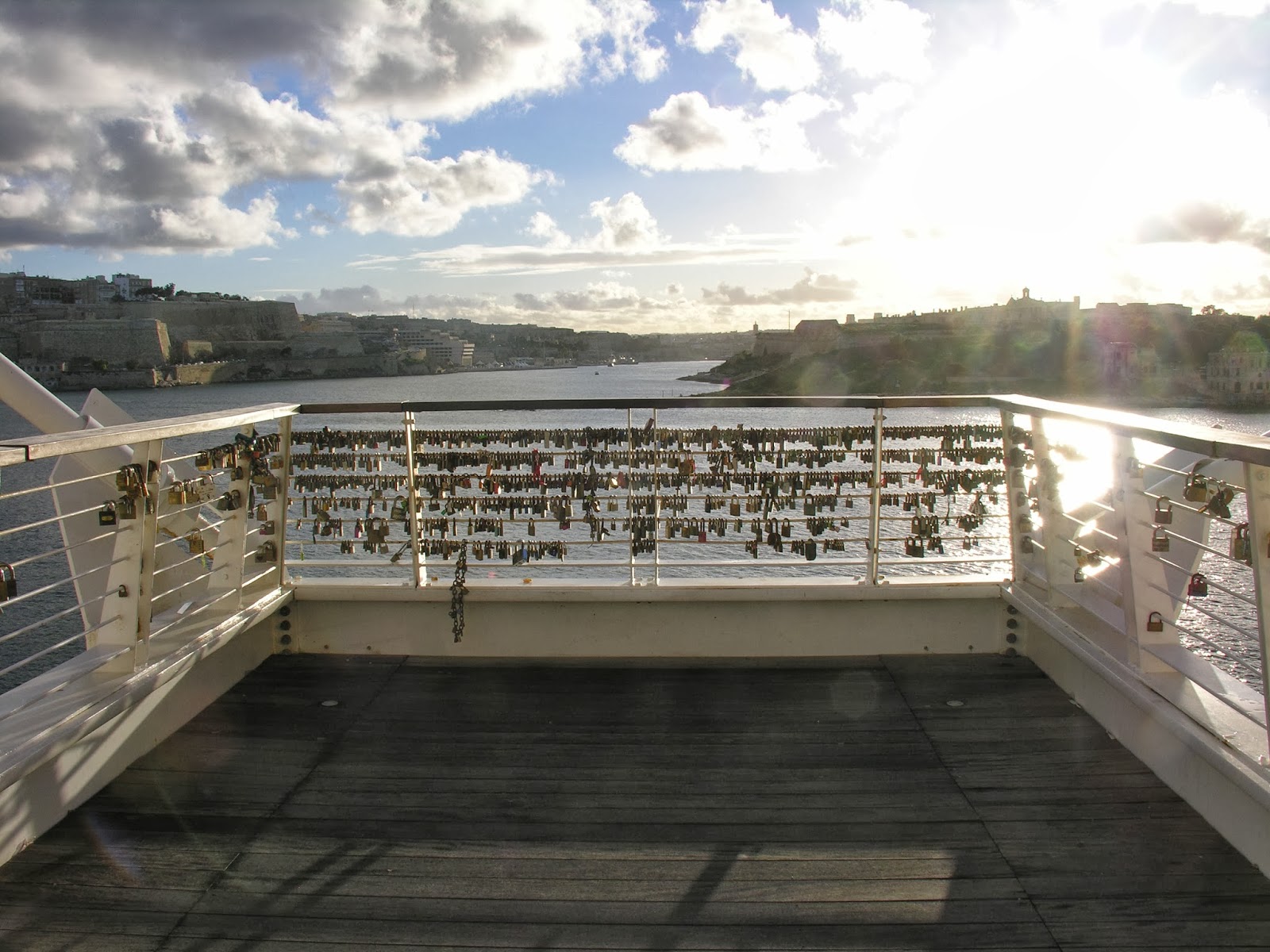 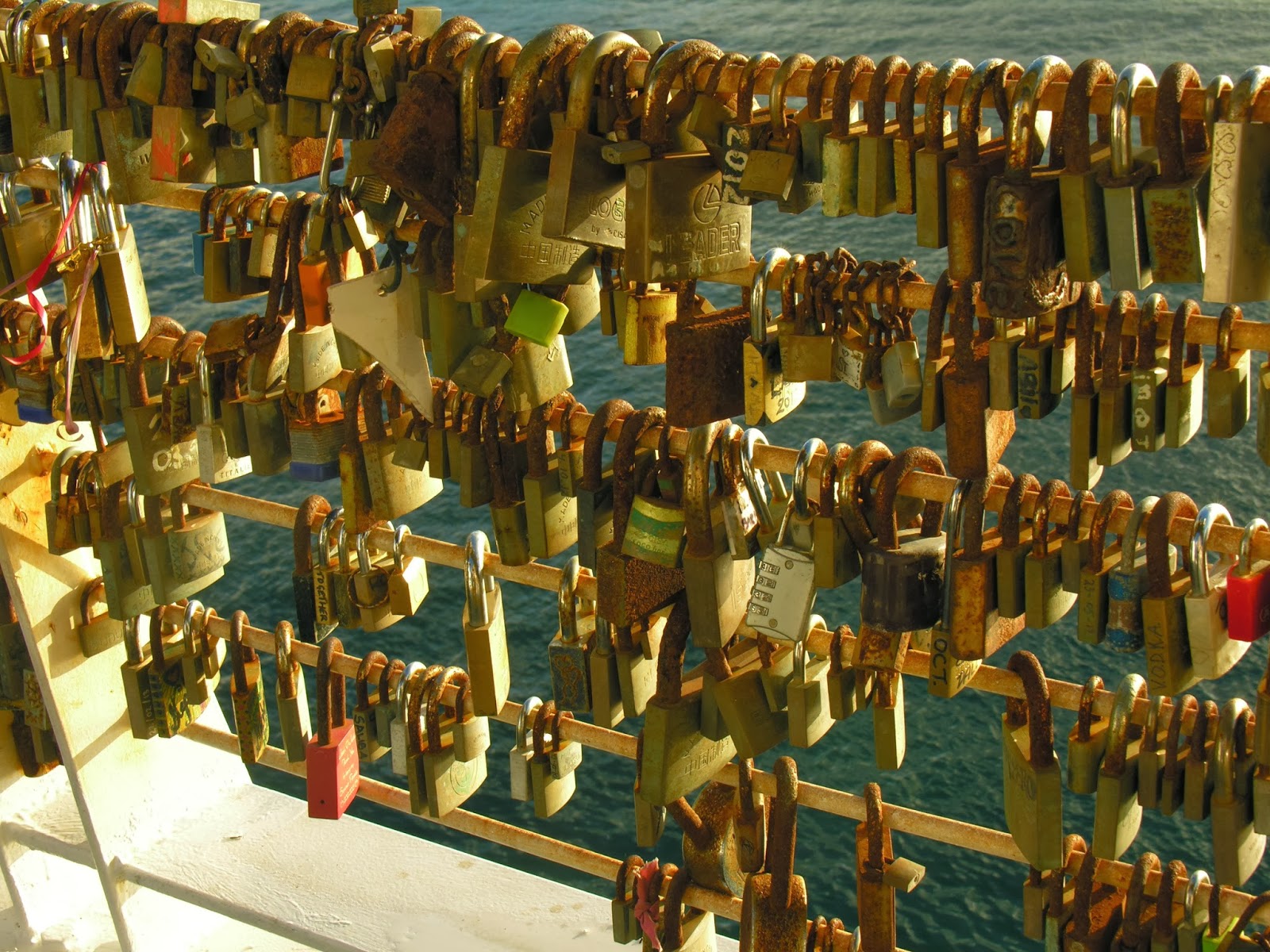 I spent AGES photographing them, they were fascinating. If you want to see more photos click HERE.

As the sun set we walked around the next bay, that's when we realised we hadn't been in Sliema at all, but now we were. In a way we were disappointed because its so lovely there and we missed it all! Loads of little shops/cafes/boats, most unlike Bugibba where we have been staying that has a couple of rubbishy gift shops & a few uninspiring cafes. Now, it might be better during higher season, but we wished we had stayed in Sliema instead.

Our last meal tonight in Malta, we went to a little Italian placed called La Stalla as we found a voucher on a tourist map for a free glass of wine with a meal. Nice meal, and I got bought a birdy toothpick dispenser at the end off Hubster as I was enthralled by the one in the restaurant :)  he's called Pecky Pick Picker :) 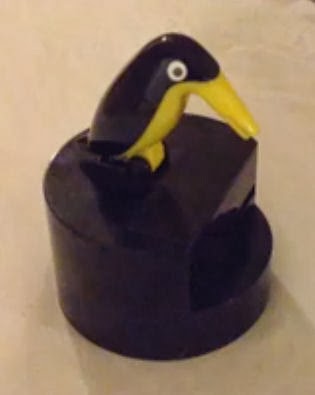