On our second full day in Malta we decided to brave the public transport & see where it took us.

The island has a fantastic system of bus routes, all leading to the Capital Valletta, so we decided to go there. 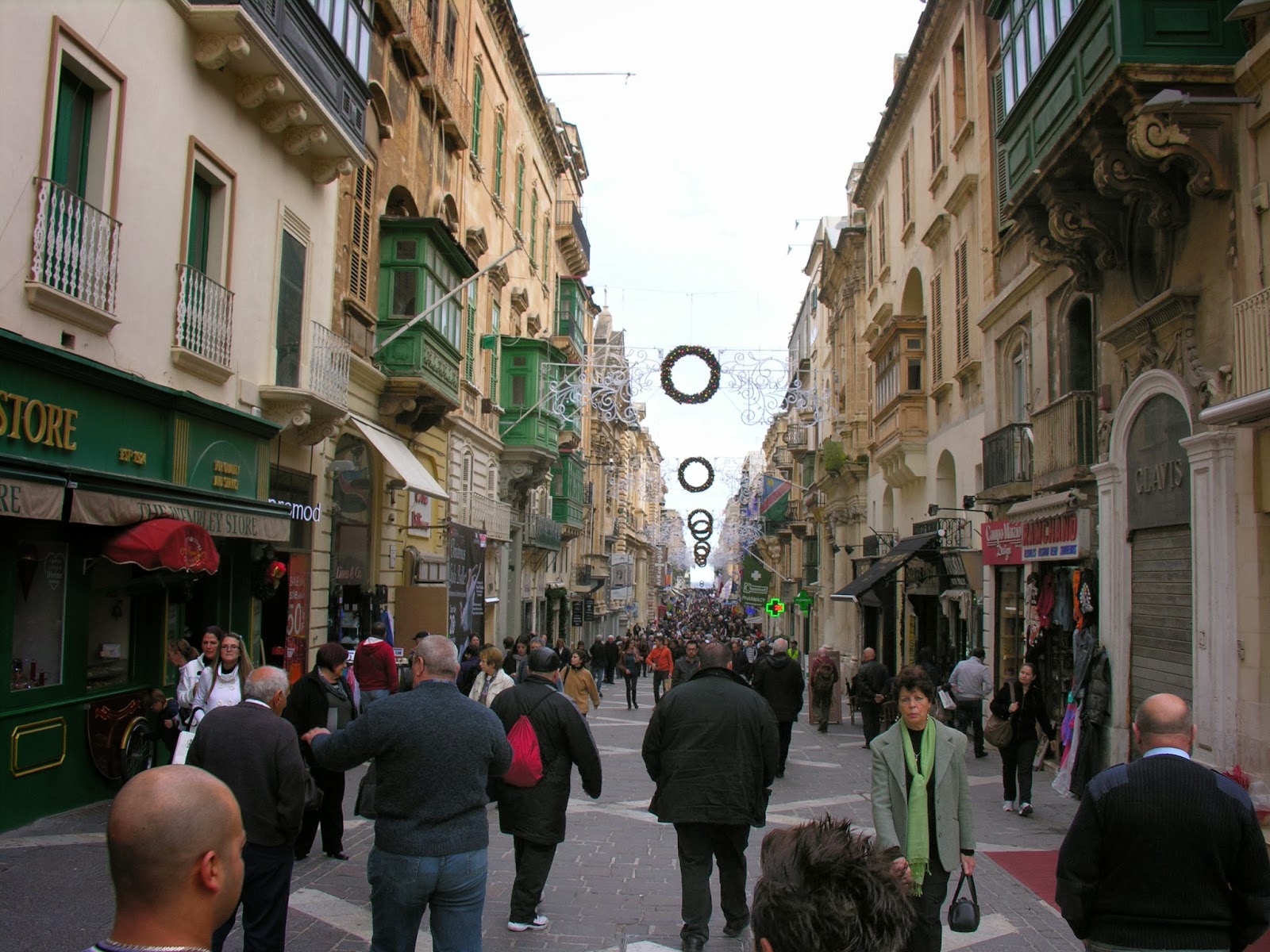 We bought a weekly bus pass each for just €12 and worked out which bus to get and off we went.

I love just snaking through an area on a bus, you get to see all sorts, houses, shops, scenery, people. 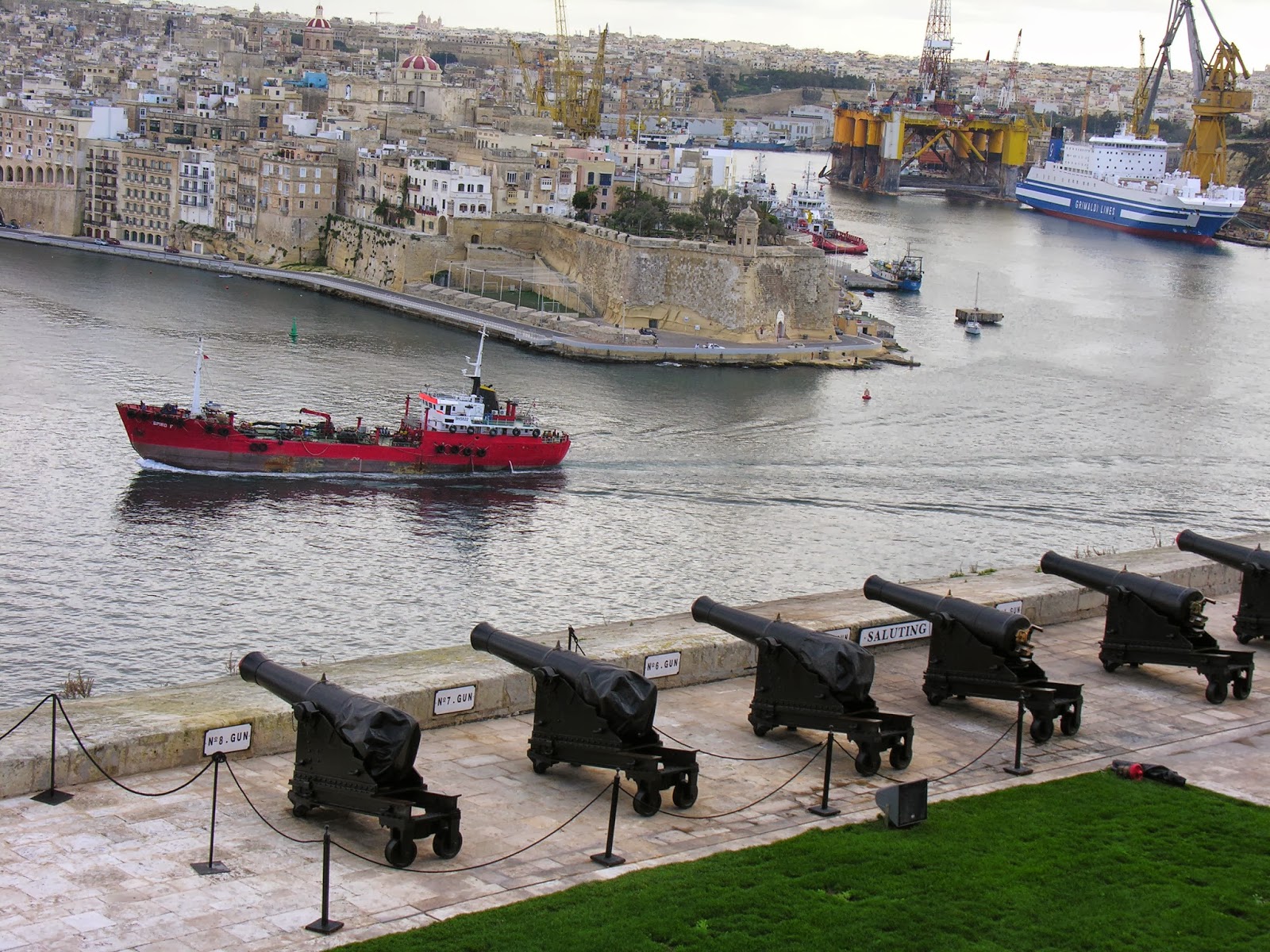 It took about an hour to reach Valletta which is a lovely city, very hilly, glad of my walking boots yet again!  We laughed at some of the shops like Peacocks - not any old Peacocks, but 'Peacocks of London' making it sound like an expensive clothes store rather than the bargain one it is.

We walked for only 3 hours that day as we stopped for tea a lot. But the 3 hours we did were up hills and down hills, then up some more hills. Those kind of hills that you have to pause on while half way up, pretending to look in a shop window but really just trying to breath normally. Those kind of hills that you have to watch your footing all the way down for fear of going "arse-over-tit" as my old Gran used to say. 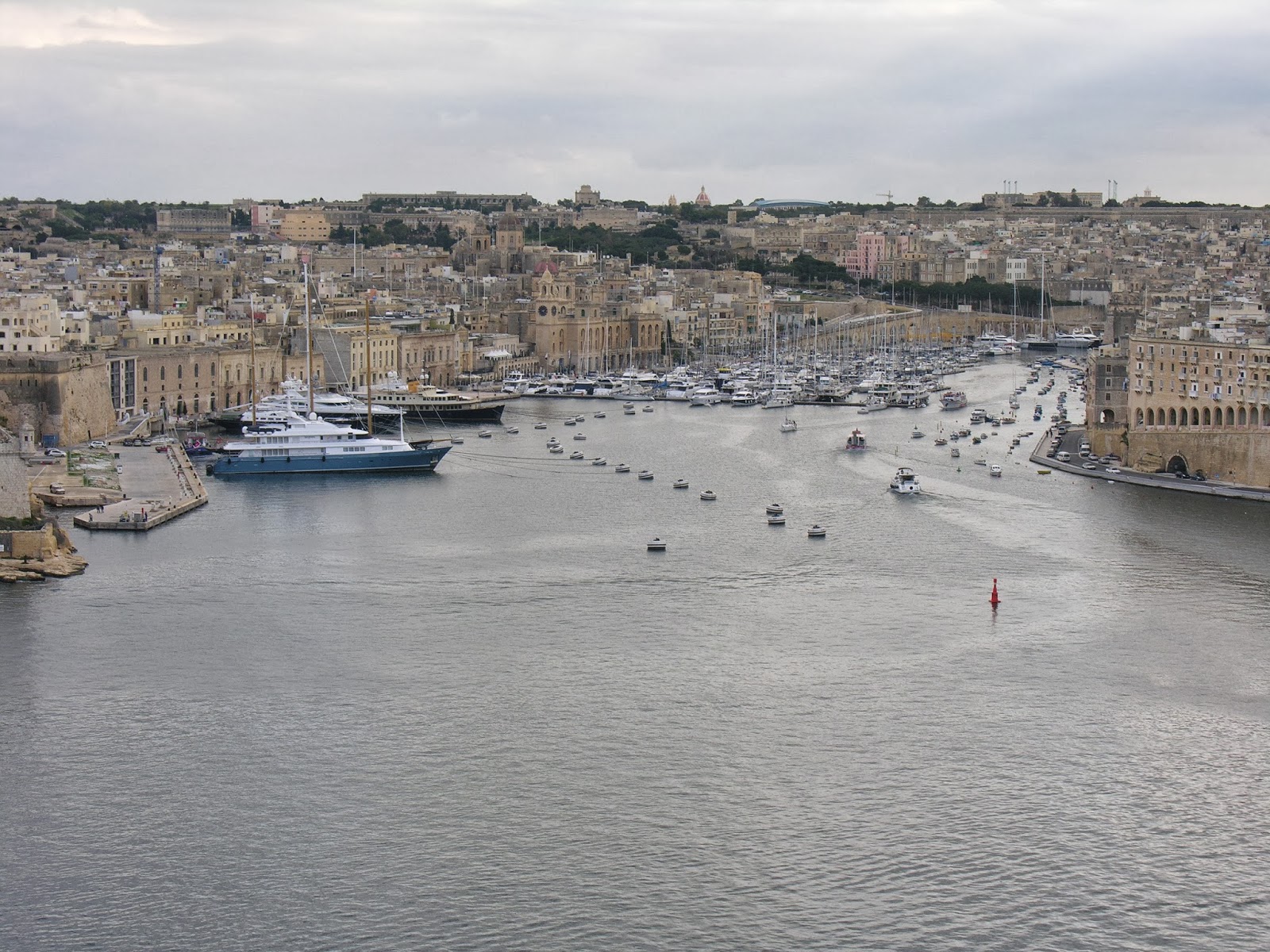 We had lunch at a place called Anglo Maltese. We went in as the menu offered sandwiches and we only really wanted a snack, plus we were finding the food quite pricey at around €9-€18 for main courses, after sitting down & ordering drinks we were told "no sandwiches as we are too busy" So I had a sloppy disappointing margarita pizza, I did want mushrooms but it was €3.00 extra, so I didn't bother.

Interestingly, a few places offer really cheap sandwiches and wraps for around €2.50, then an omelette can be €8.00. It's a real hike in price & we couldn't work out why. Neither could we try any sandwiches as if its peak time they won't serve them to you :/ A wrap served as meal with wedges & side salad can go for €9.00. Very odd. You can ready my Trip Advisor review HERE.

After lunch & a bit more wandering & photographing we headed back to the bus terminal.

All the bus stops are in a row & you wait at your stop, buses can get quite packed and some of them don't even have standing room left, so we made sure we were in good time. There we were standing patiently at the front of the queue when our bus pulled up at the stop next to us, there was a mad flurry of people and before we had time to turn around the bus was full, the doors were jammed shut & we'd missed it!  There is nothing like polite queuing in a Maltese bus station!

We were ready for the next one....

After an afternoon rest (no Nana nap as it wrecked me the day before & I couldn't get to sleep at night) we ventured back out to dinner. We found a lovely place called Villa Mare. Where I had a Maltese platter. 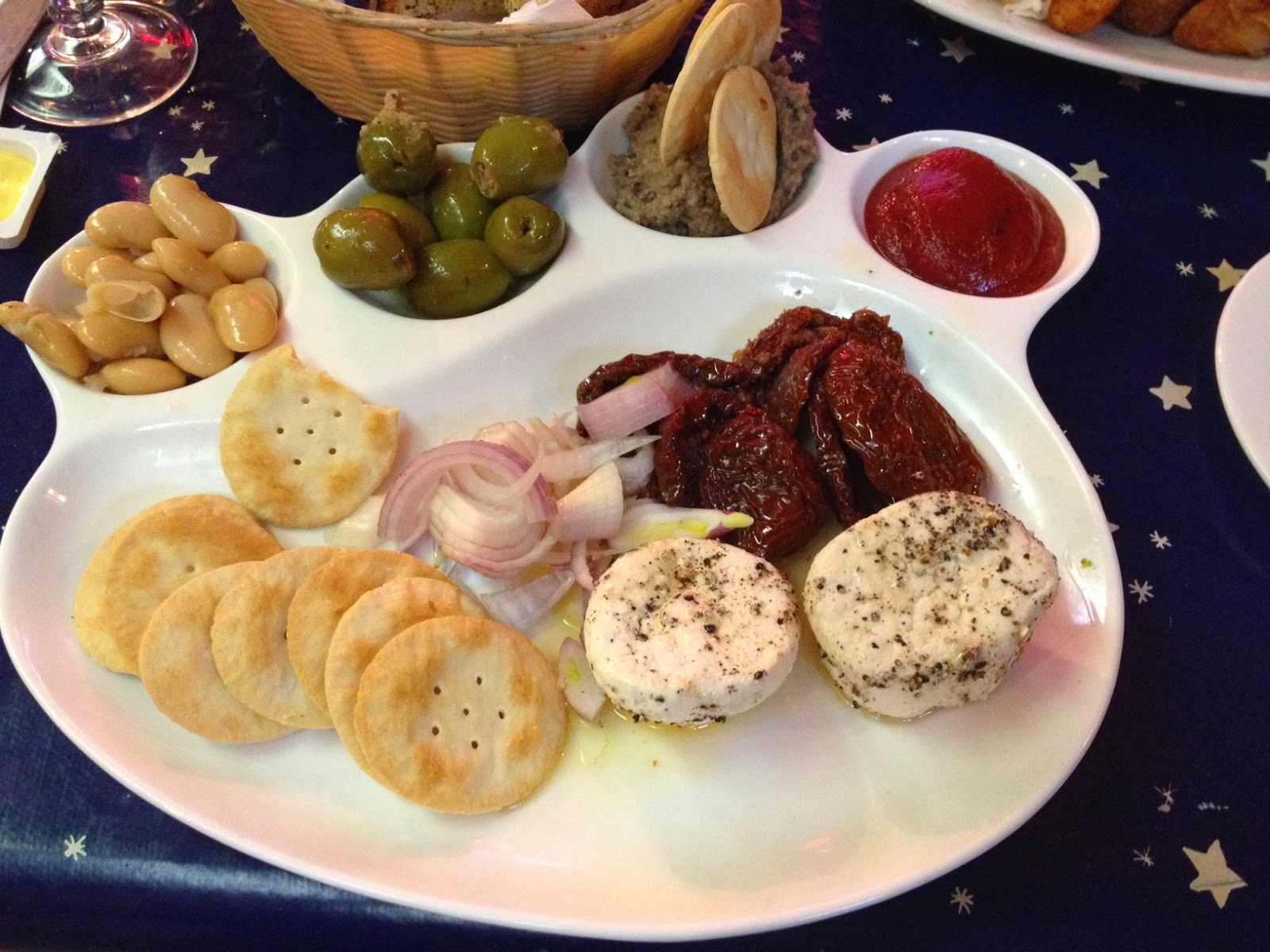 I asked them to leave the sausage off and add a bit of extra goats cheese, coz I LOVE goats cheese. My goodness this stuff was strong. You know that face you pull involuntarily when sucking a lemon? I had that face on. Hubster thought it was so funny it took video - but I'm not showing you that! :)
You can read my Trip Advisor review HERE.

Still on a tea buying ban, drinking Nestea instead.
Posted by Unknown at 21:02