This is the hardest blog post I have ever had to write to date.

You may have noticed I have been a bit quiet on the blog and on Facebook, but on Monday we said goodbye to our beautiful spaniel Dotty Dog. 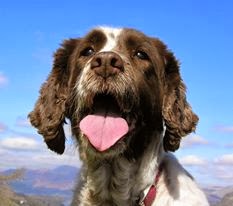 We got Dotty in 2007 from a local rescue centre.  We originally went there looking for a male Jack Russell, but there was none, and none of the other poor dogs in there made any connection.  As we were preparing to leave the lady showing us around mentioned a spaniel they had just got in who "needed lots of love".

We went to see her, she weed herself in fright when we spoke to her.  She was thin, her hair was matted and tatty, and her nipples were so baggy they almost touched the ground.  She was in a bit of a state.
The refuge explained that she had been dumped on the M6 motorway and that a chap had stopped and picked her up.  They reckoned she had been part of a puppy farming business and had been over-pupped to the point she was no longer useful.

Hubster and I just looked at each other and he said the immortal words "We'll have her".

It took us a while to decide on a name, we wanted a proper lady name for her.  We were still deciding a couple of days later when we opened a box of Shreddies, in the flap it stated that the Shreddies had been knitted by "Dorothy", so Dorothy became her name.

It was another 2 weeks before we finally got her, with trips to the vets and some strange rescue politics that we won't go into on here, but then she was ours and she jumped into the car like it had always been the way.

It took a little while for her to get used to being in a house, I guess she had been always in an outdoor kennel.  It took a few days for her to realise that it was not polite to do her business in the house and how if she ran to the back door it would be opened for her to go do her stuff in the garden.

She quickly learnt that she was expected to share her bed with Charlie the cat. 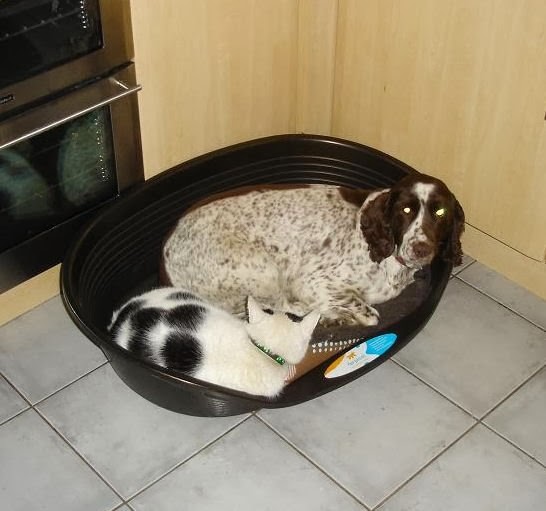 It took her 6 months to learn how to play.  Her first toy was a grunty pig, so we spend ages waving it in front of her saying "play with piggie".  Eventually she took that pig and carried it everywhere. 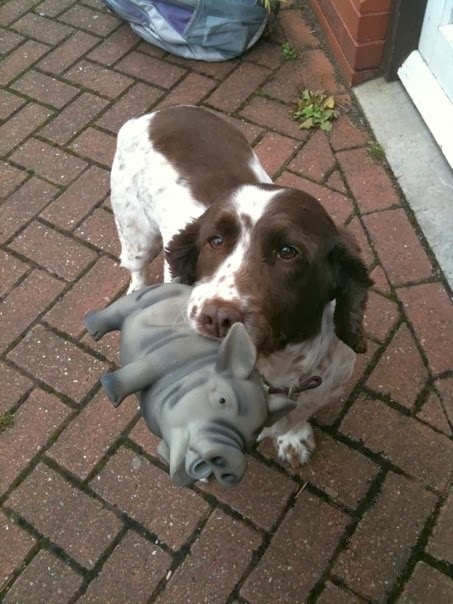 We bought her a ball, but she wouldn't play with it, in the end we told her it was a piggie and she took it.  After that, every single toy she got was thereafter known as piggie, which might explain to people why she might have been carrying a soft duck and we would be calling it "piggie"

She became the "Shed" dog, customers used to come in just to see her.  Such a kind and gentle soul, it was hard not to love her.

We had the pleasure of having her for 7 years, the refuge reckoned she was around 7 when we got her, which would have made her quite an old lady.

During our time with her she walked Hadrian's Wall - all of it. 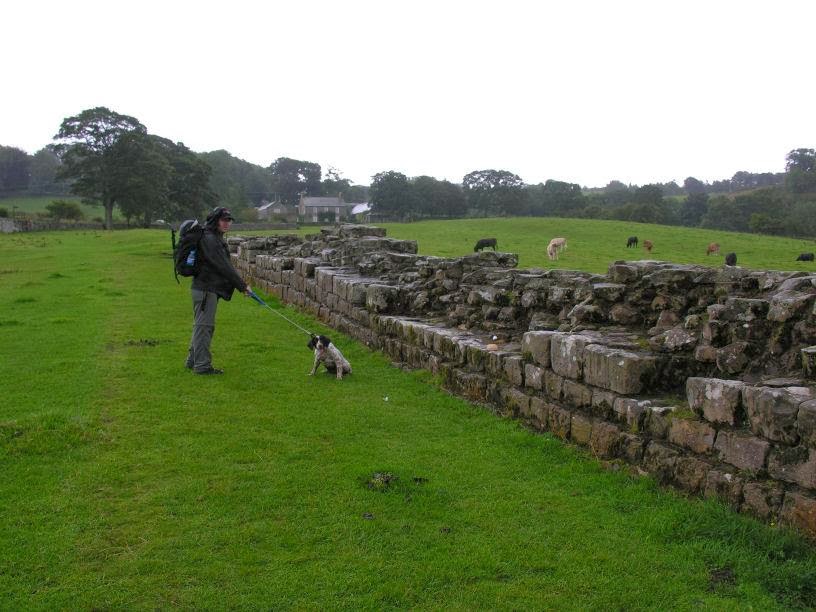 In all weathers, she didn't care as long as she was with us (and that we had taken her a nice packed lunch) 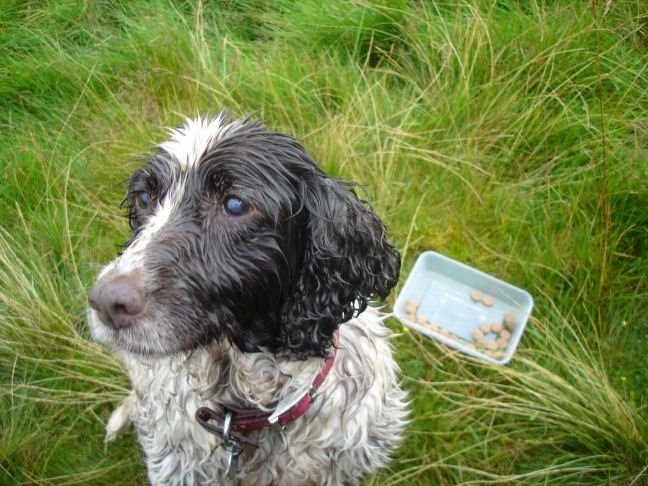 After the wall walk we started walking The Wainwright hills of the Lake District, she joined us on all those too.  Hail, rain or shine. 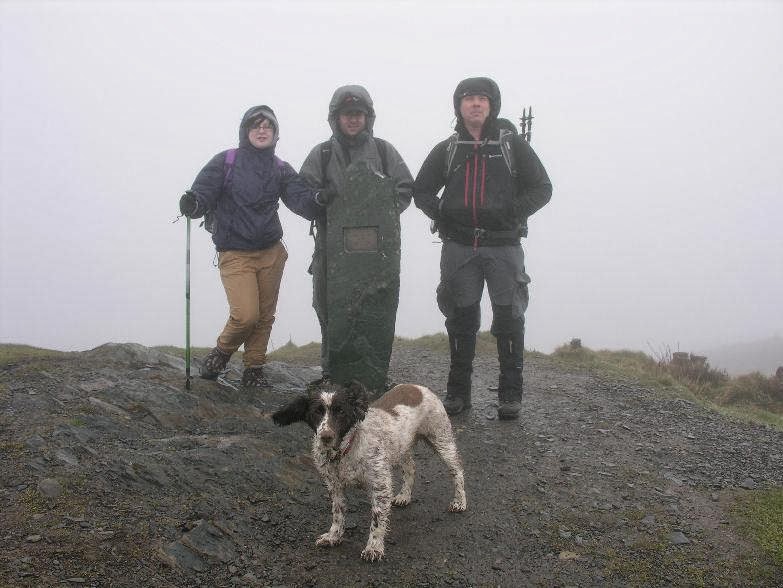 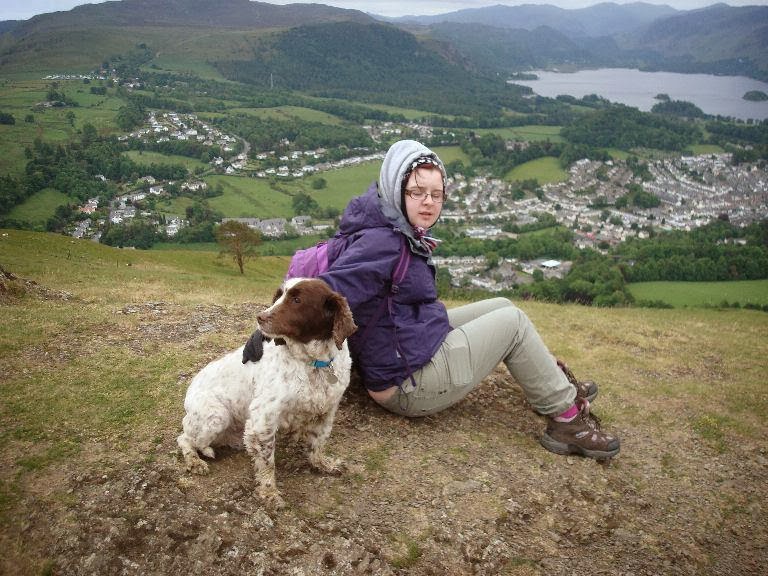 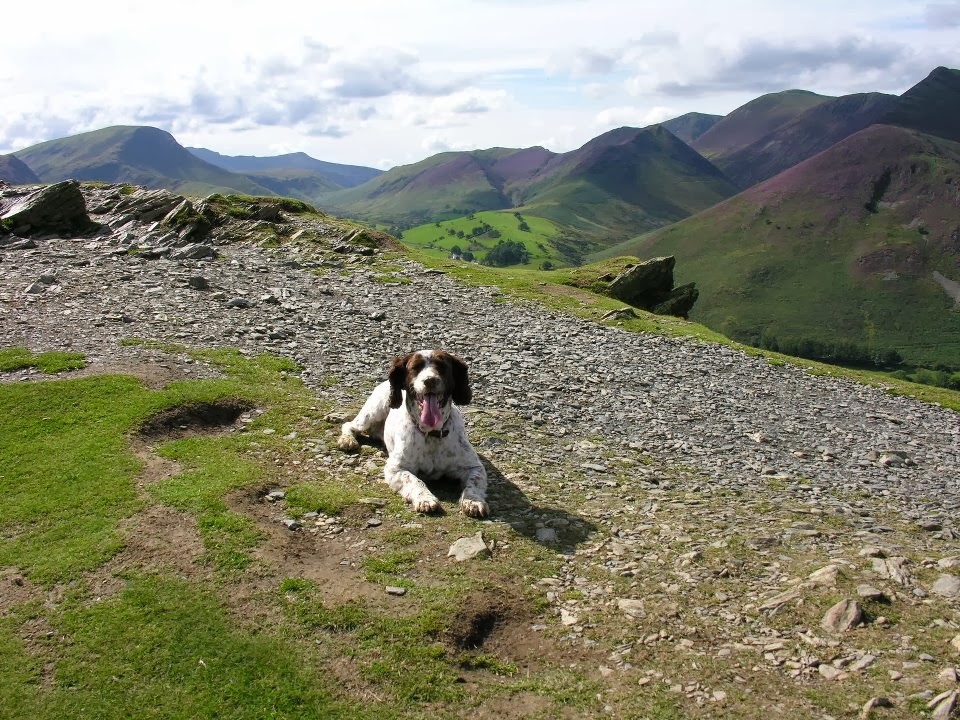 I remember one hill where we had gone out of our way to keep her clean, we had been out of the car for nearly 5 hours and were on our way back.  We were about 10 minutes away from the car when she found a nice muddy pond to jump in, and that was that! 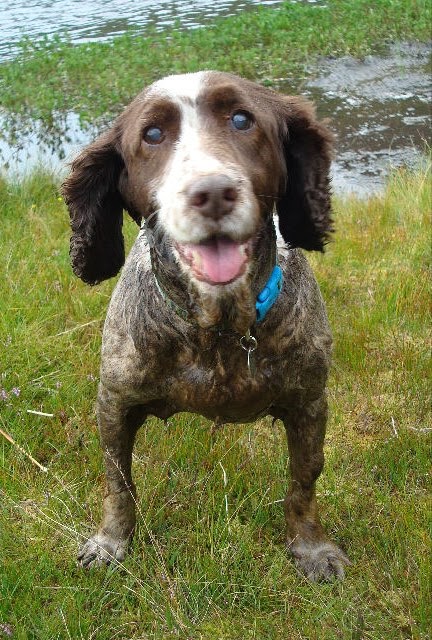 Such a mud magnet.

Eventually old age and all it's symptoms caught up with us and we took the heartbreaking decision last weekend to let her go in dignity, in her own bed, at home, surrounded by the people who loved her most, and her piggies  (of which there were lots)

The pain is unbearable, we are heartbroken, as is many of our friends and families, she was such a huge part of our lives and it is going to take us a long time to not get upset when we mention her name.

Hubster hit the nail on the head though when he asked the question:  "Would you give up this pain for not having known her".

The answer is no, I would go through the pain again for some more time with Dotty Dog.   Tenfold.

Goodnight my beautiful, gorgeous spaniel.  We will never forget you. 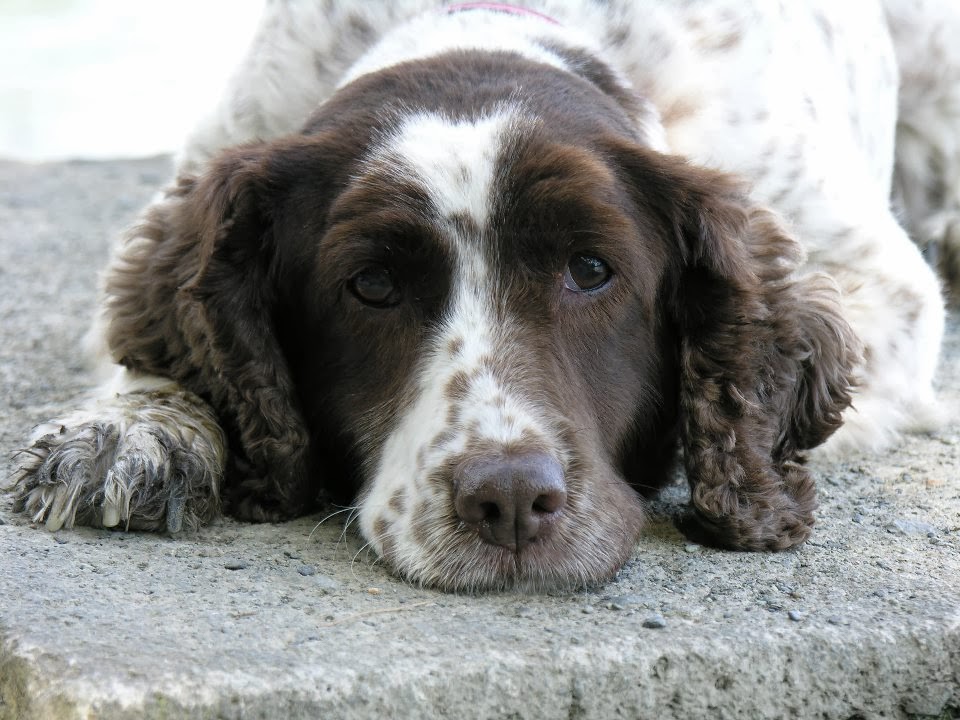 Email ThisBlogThis!Share to TwitterShare to FacebookShare to Pinterest
Labels: Dotty