A friend picked up this pattern in the vain hope of knitting it for herself  :)  I figured out I would probably get it to do once it had been unpicked a couple of times, so offered to do it from the start, rather than working with frogged yarn! 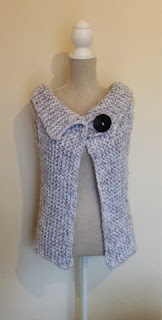 It is a Wendy pattern 5313, in the Pampas yarn, which is a mega-chunky.  (excuse the crinkled pattern, it had been sat on a couple of times. 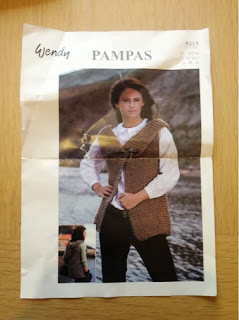 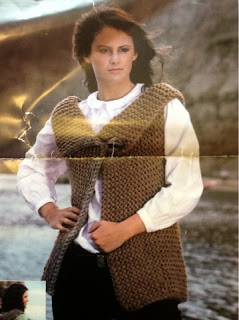 My friend rather liked the look of a yarn which was just a chunky and not a mega chunky, so I figures that it would work out the same if we just doubled the thickness and ran two balls of yarn at the same time.

So it ended up getting done in Hayfield Bonus chunky in "Stormcloud".

It was so quick to work up, only taking a couple of evenings.  It was only 50 stitches on a 12mm knitting needle.  Basically the pattern is just a square with armholes inserted.  Simples. 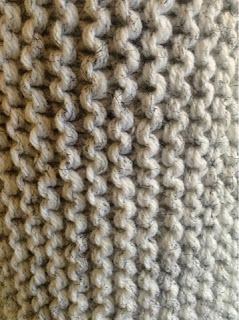 Teamed with a HUGE chunky coconut button which finishes it off rather nicely. 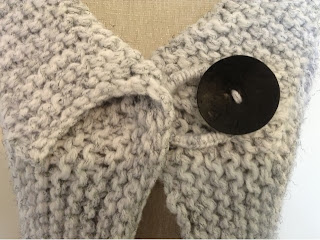 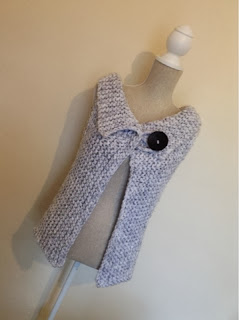 Email ThisBlogThis!Share to TwitterShare to FacebookShare to Pinterest
Labels: knitting