A lovely day at Silloth

Ruby pup is not good at travelling, so we have not been too far with her since getting her last June.

Puppies cannot be over-walked so we had to also think about that, then it was time for her to be spayed and recover, so we reckoned, somewhere in February, it would be time to get out and about with her properly - instead of the local park and woods.

We decided to have a nice walk along the sea front at Silloth.  It's only 23 miles from home, a little wiggly waggly on the way, but we decided we would just not give her breakfast until we got there and clean up any puke if necessary. 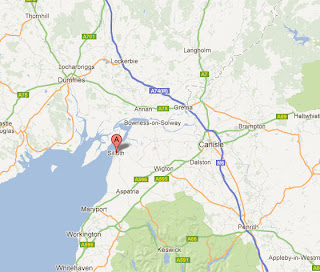 It was a surprisingly gorgeous day, the sun was out with only a slight nip in the fresh breezy air, perfect dog walking weather as long as you had a coat and perhaps gloves.

We wandered up and down the sea front, which has steep steps down to a stone filled beach. 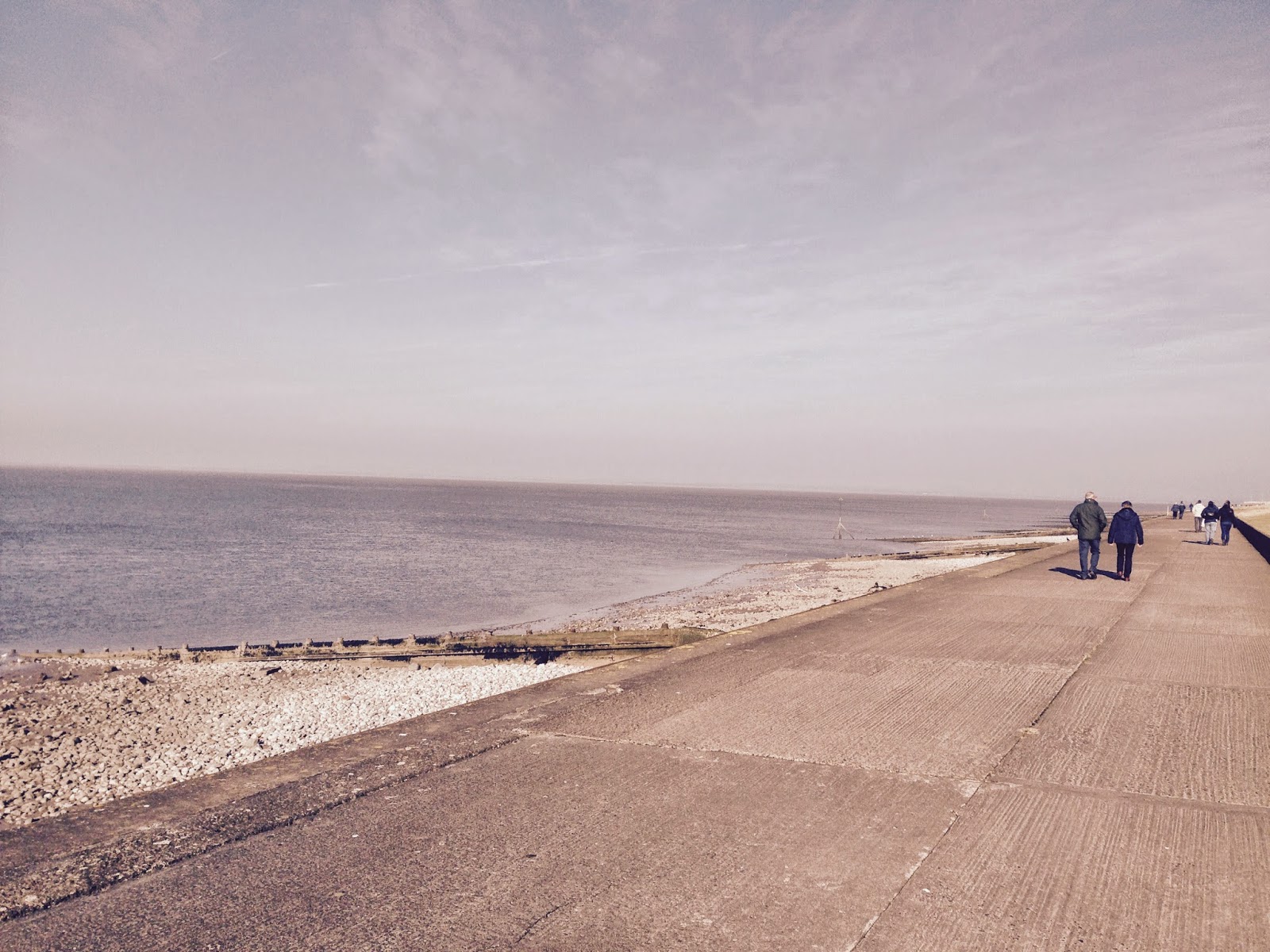 She had a little play with a couple of dogs, the first one was a tiny Border Terrier, whose owner was quite keen to let it play with a great big hulking bull-breed dog like Ruby.  Still, they seemed to have lots of fun, but I was on edge in case Ruby got too boisterous and hurt the little thing.

Later on though, she found Rex, a friend's Grandpuppy, so she had a bit of rough & tumble with him - until she pushed him off the wall!   No finesse, my Ruby, no lady-like skills at all. 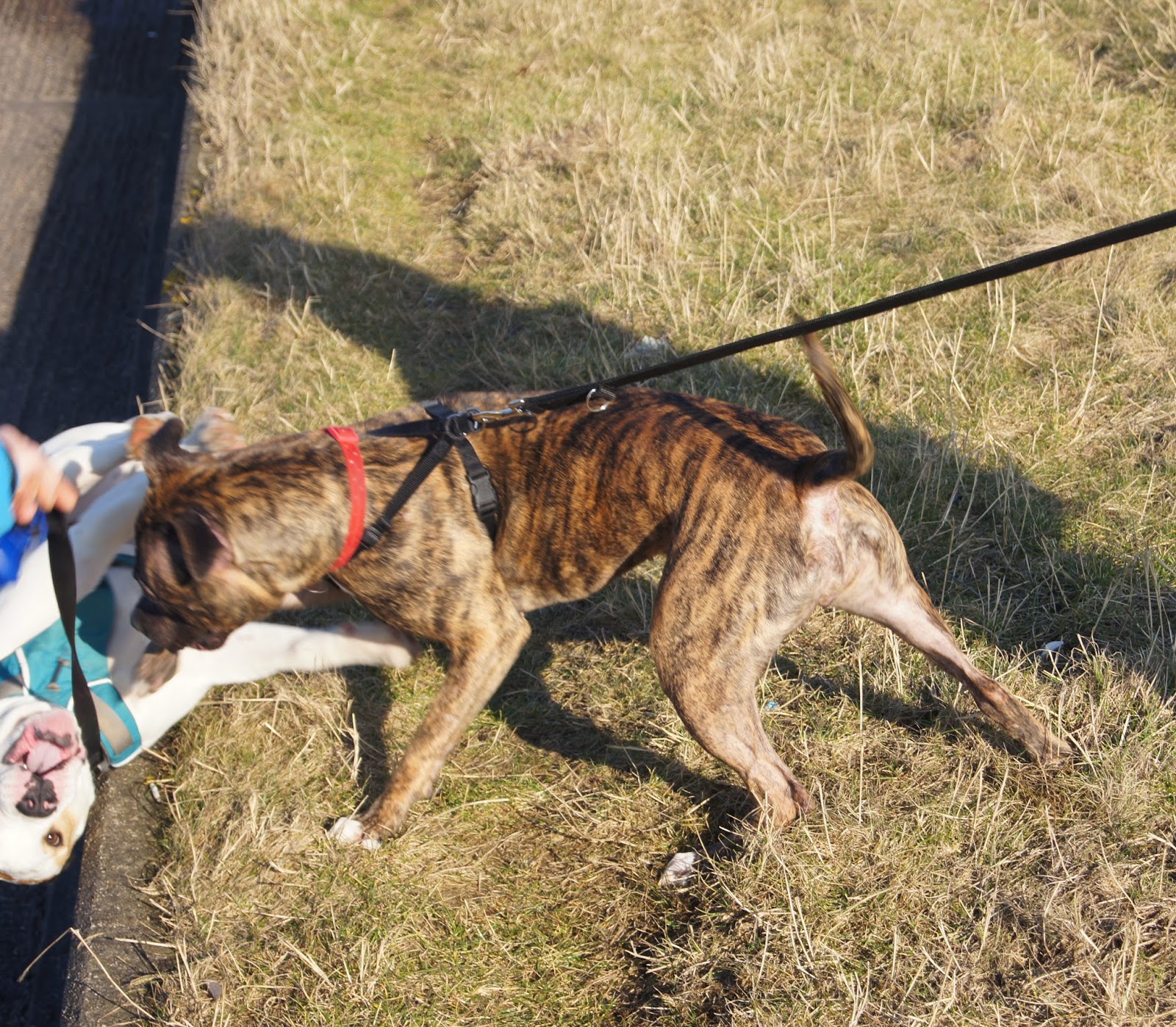 It might look a bit rough, but they were having loads of fun - honest!

Soon it was time to stop and share some chips, and a sausage for Ruby. 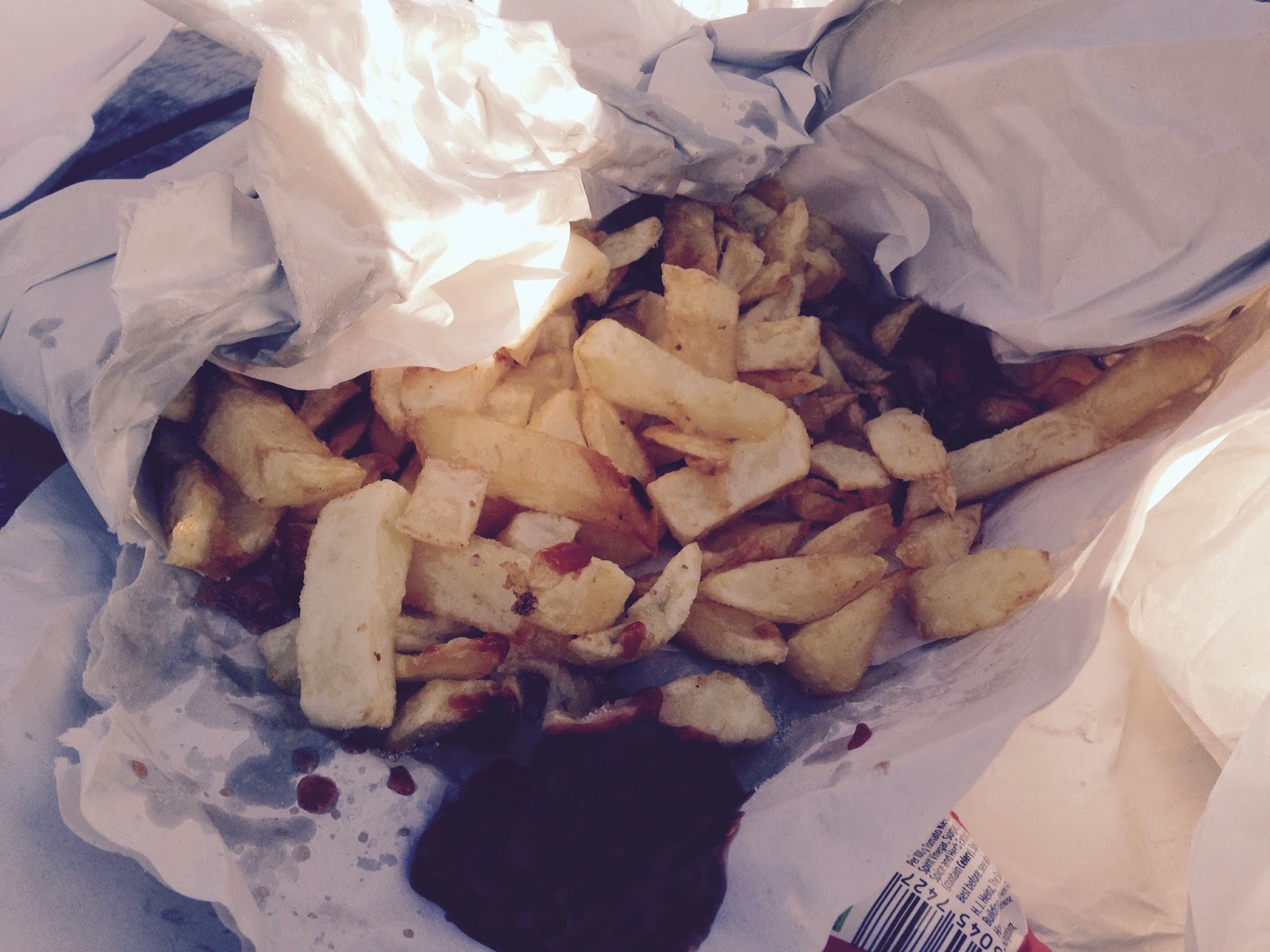 What is it about eating chips out of paper at the sea-side.  They just taste like the most wonderful food in the world right then.  Lots of salt & vinegar and a blob of tomato ketchup on the side.  I am glad they came in paper though, it's just not the same eating them out of those polystyrene foldy-over things.

Another walk to walk off those chips, and to give Ruby time to walk of her sausage for the journey home. 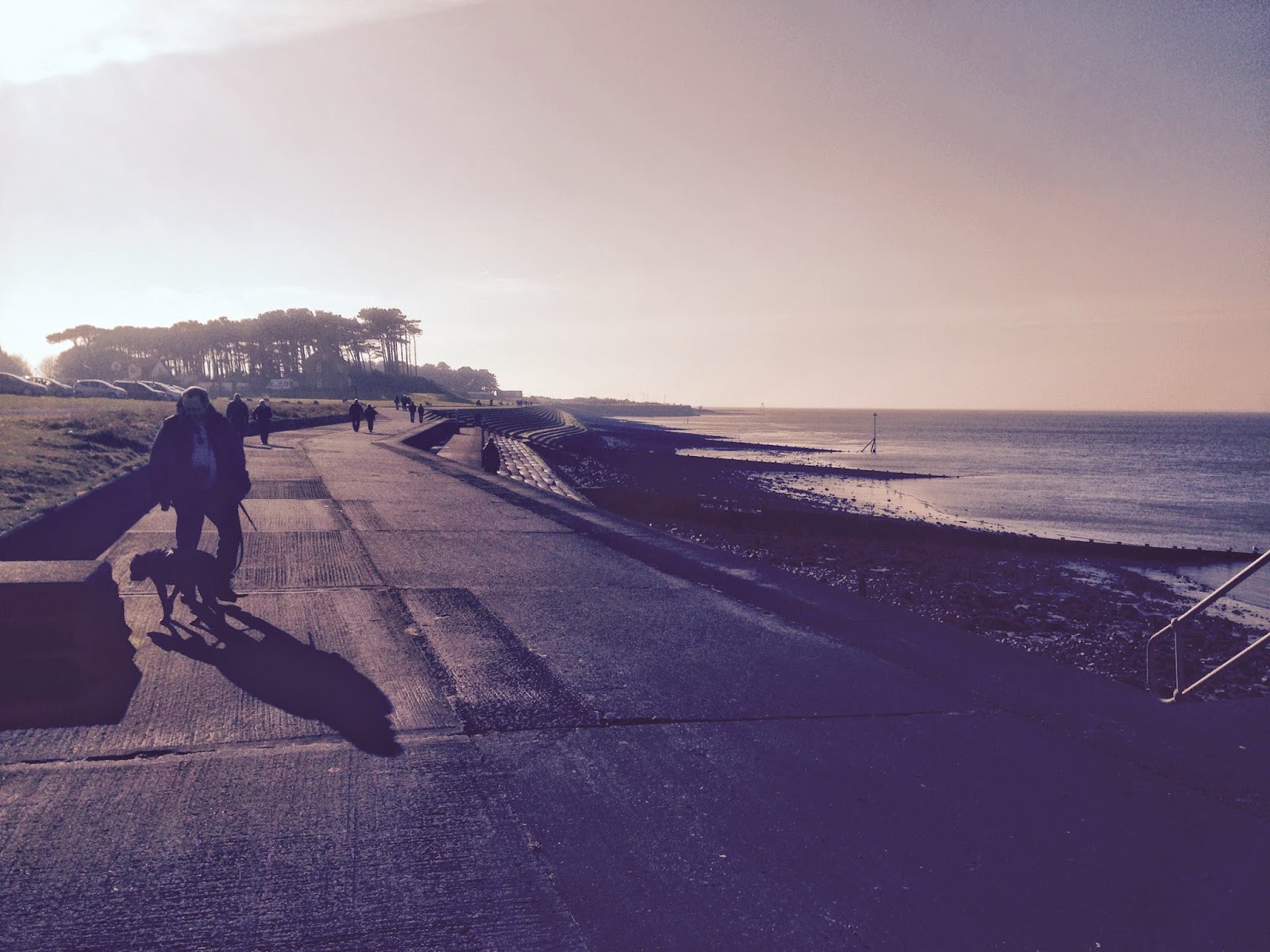 Then it was time to go, as some little puppy was getting a bit tired. 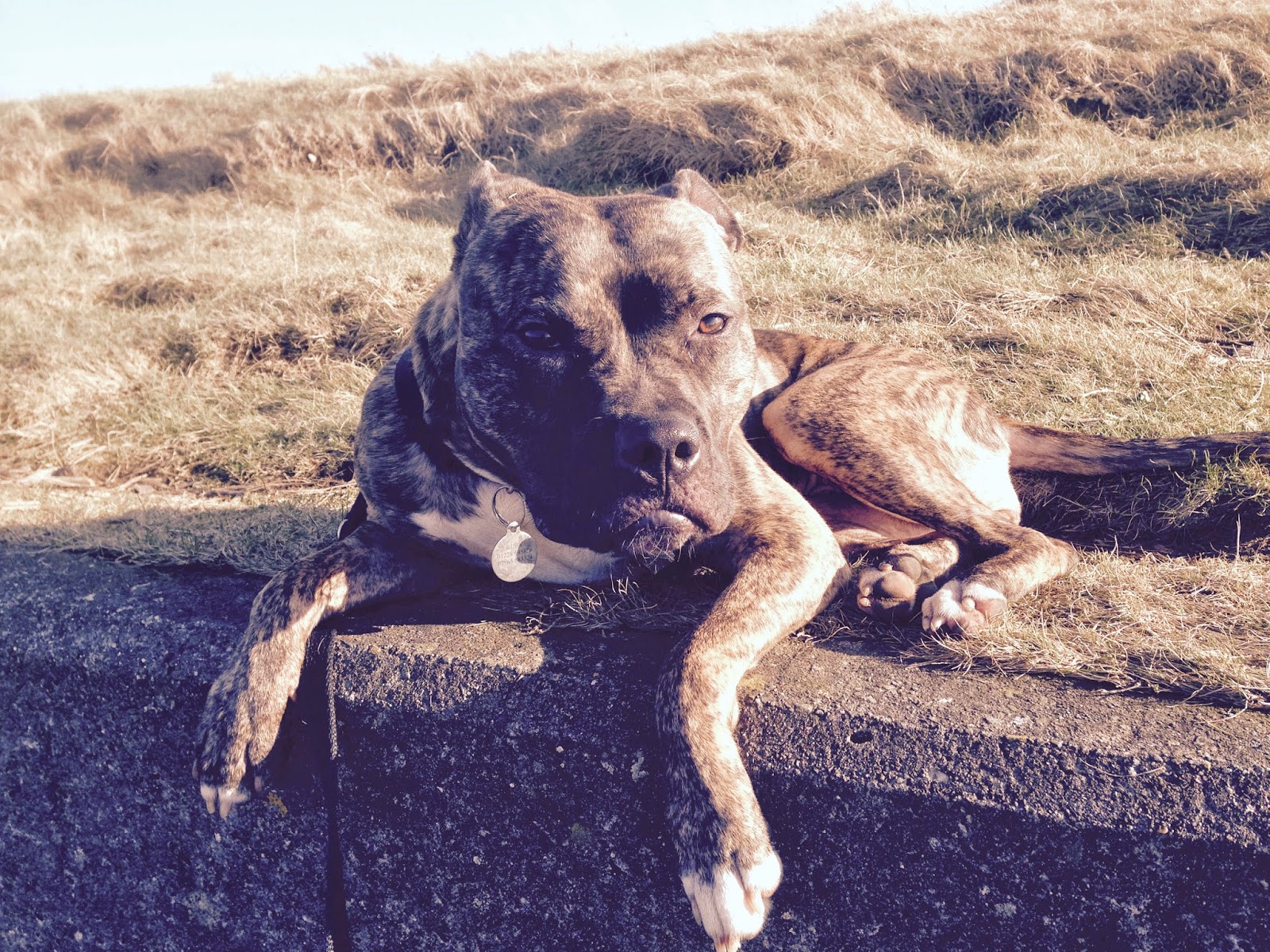 But what a lovely day she had, and although she did present us with a car boot full of puke on the way home, we think it was worth it. 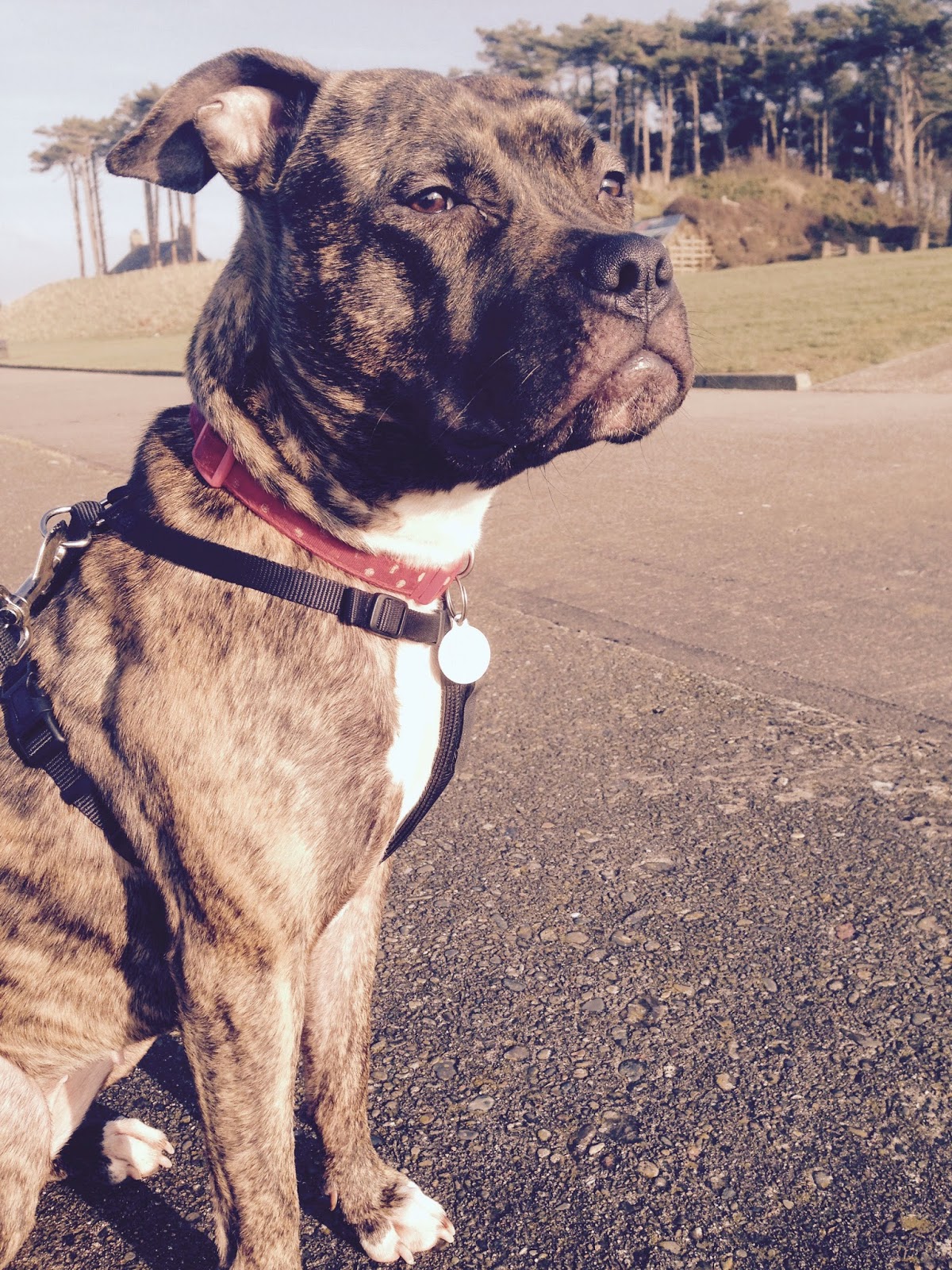 Email ThisBlogThis!Share to TwitterShare to FacebookShare to Pinterest
Labels: days out, Ruby