This weekend I was invited to an "Eid Party". Not being Muslim I was not really sure what this was, I knew it was a celebration of sorts, but when dancing, singing and dressing up in party clothes was mentioned, I was in!

I had to 'take something for the table'.  Wow, what a mean feat. I know a few Asian ladies and every single one of them is a fabulous cook.  I can bash up a mean Spiced Treacle cake, could have made that?  Nah.... too easy.  What about Apple Crumble?  I had loads of apples from my tree to use up?  Nah.... what if there were no spoons, or bowls, or cream.  I could have made Spicy Veggie pasties?  Nah, they were based on a Samosa recipe and wouldn't have been half as good as some that might be already there.  Flapjack?  Nah, never quite sure how that's gonna turn out - it's always delicious, but sometimes it can be a bit sticky. 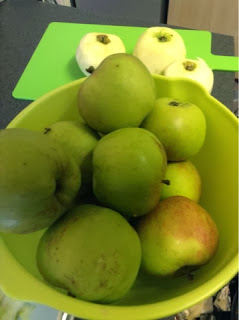 I know!  I will make something I have never made before.... in fact, let's take it a step further and totally mash up the recipe.  Yes, Sooz, that makes total sense  (my sarcastic side talking).

Apple Crumble (coz it won't leave my head) Cupcakes!

So I peel and stew the apples with cinnamon and sugar while Googling recipes.  Uh oh, they all seem to use raw apples - I've just cooked mine. 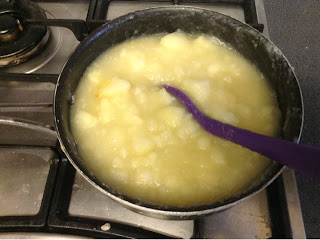 At last, I find something which uses a jar of apple sauce, this will do.

Quickly glancing at the pile of apples I am stewing - it's a lot - I decide to make Apple Crumbles at the same time  (once it's in there, in the depths of my brain, it's stuck)  I bash up a Crumble mix in my usual haphazard way of "chuck it all in a bowl and see what happens".  Let me try and remember the recipe (ish) for you.

12 oz Plain Flour
6 ox Butter
6 oz Sugar (whatever you have, mine was a leftover lump of brown topped up with white)
A good shake (teacup?) of Oats 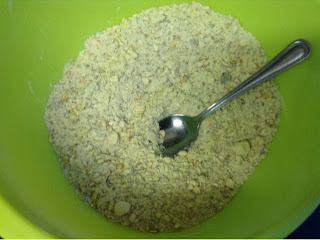 Ok, back to the cakes.  I am using THIS recipe from All Recipes.

I measured out the stewed apple to 280g as is a jar.  Added 1/2 tsp bicarb of soda and watched it bubble away like something out of a witches cauldron.  I liked this bit, it was all fluffy and foamy. 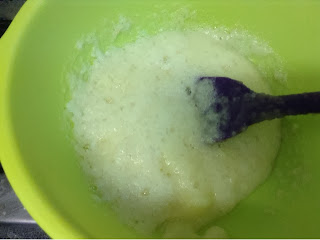 Gradually add flour and apple sauce, folding it in (plonk them both in the bowl and beat) 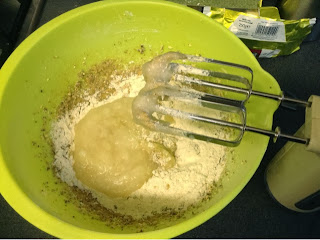 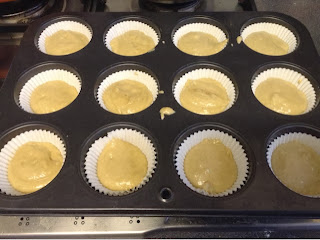 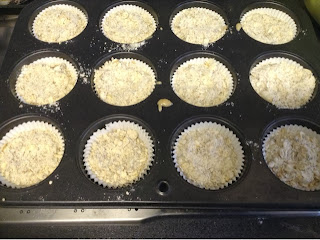 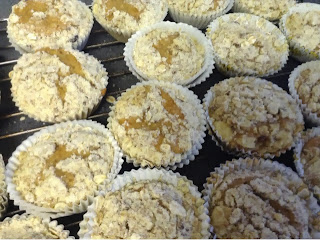 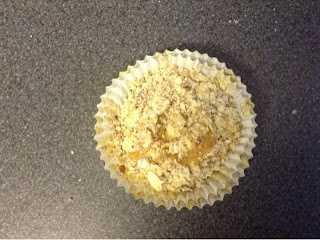 They're a bit 'cloggy' & the crumble topping is a bit powdery, so not the best I have ever made I don't think... but passable. I just wont tell anyone I made them  ;) 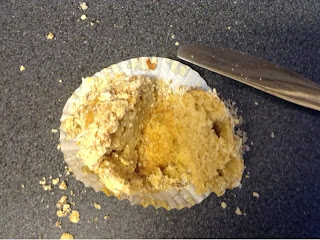 Edit:  The Eid party was cancelled, which was a shame as I was looking forward to it.   I now have a box of Apple Crumble Cupcakes to take into work - I wont be able to deny making them as easily, but a sugar fix is a sugar fix when you are working, right?