On Monday my Laptop, very suddenly, started playing up on me.  It was actually as I was sitting working at it.  No ryhme, or reason, just random messing about.

I opened my banking screen and it just gave me so many windows that I was struggling to shut them down.  I managed to in the end, and opened a new window to type in "Giff Gaff" to put some credit on my Dad's phone, when it just started typing the most random array of letters instead.

So, whenever I have an issue with my computer, the very first thing Hubster (who is a computer genius) says is, "Have you done a restart?"

I did a restart.

Only thing was, I couldn't log back in as those random letters kept happening into my password box and all I was seeing was PASSWORD NOT RECOGNISED!

For the rest of the day I was left with my iPad.  At least I had some access, but there was prints-outs I needed for class on my laptop, and I cannot access my website to do any work from my iPad either.  I was not a happy bunny.

Hubster came in late from work that night and although he had a look at it, there wasn't the time to investigate fully so it had to be left until the following day.

Well, it was like loosing my right arm!  When and how did we get so dependant on these machines?  It's a little bit scary really.   And actually, I was starting to get a bit nervy when I thought about all the stuff I had on my laptop that I might potentially loose  (I am notoriously bad at doing back-ups, even though I get nagged to all the time).

When Hubster came home that evening, he had a job on his hands. My Laptop is quite new, although probably out of warrenty, it still has all the protective plastic sticky coverings on it, even on the screen, and it barely gets moved, so I knew it shouldn't be damaged.  And as for virus's, I am very very well trained not to download things or click on things I don't know.

In the end I got bored at watching him so went downstairs to watch TV and crochet - I was just getting in the way I felt  ;) 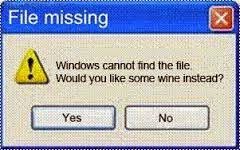 An hour or so later, he wandered down, "Found it" he said, almost nonchalantly.

"Hmmmmm", he said, come upstairs and I will show you what it was.

So off I trots, happy as a pig in poo that my Laptop is sorted.

Once in my office he says, "Hold out your arms", so I did, puzzled, as he piled them high with some crochet mags, a couple of meters of fabric and some balls of yarn.  It was a bit of a Crackerjack moment, all I needed was a cabbage or two and I would have been sorted.   You remember Crackerjack, right?  If not, watch this.....


I digress.  So there I am, arms outstretched, laden down with craft stuff, and feeling a bit cocky if truth be known.  If that man was going to try and tell me that I had been piling stuff up on my laptop keyboard he was very wrong, because this stuff was not on my work desk, it was over there.... (and I flicked my head to point, having no free hands) on my work table............ ......

Uh oh, as I flicked my head to point, I noticed that there, on my work table, right at the bottom of what would have been a pile of magazines, material and yarns, there was a keyboard.  A wireless keyboard. A wireless keyboard that was talking to my Laptop and over-ruling any key touches.

One of the magazines must have slipped and pressed down on the control key, which was making windows pop up, keys being typed randomly and all sorts of other nonsense. 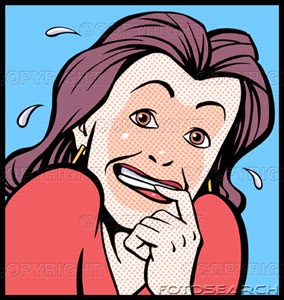 He had removed the laptop from my craft room into his office where it magically started working properly, when he took it back in it played up again - that's when he realised.

What a numpty.  He's never going to let me live it down.  Good job he is so good natured  ;)