Meet T-Rex, a knitted dinosaur I have been working on for a commission.  He was to be a gifted, and now I have had confirmation that the person has received him, I can share the photos.  :) 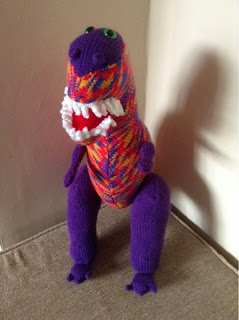 He is rather large and I missed taking a photo of him beside anything to show him to scale, but this is him sitting on a full size pouffe. 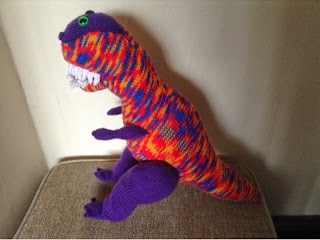 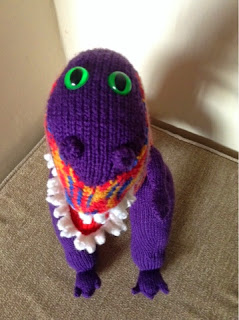 He was from a so called 'kit' which turned out not to be much of a kit at all as you had to go out and buy stuffing, eyes, pipe-cleaner and florist wire as well as a doll's long sewing needle to sew him up with!  So basically, all that was in the 'kit' was the yarn and a pair of knitting needles. 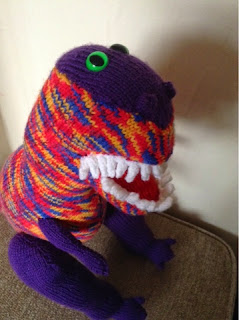 The teeth took hours to make, but were quite good fun to do. 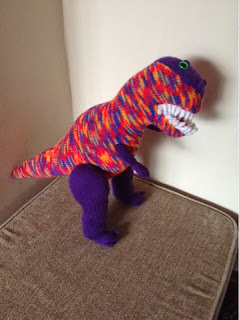 He has been named Norman and is getting on well in his new home  :)

Email ThisBlogThis!Share to TwitterShare to FacebookShare to Pinterest
Labels: knitting