I showed my son the sketch I had scribbled of the shed that I envisaged making….”I am sure I can sort that out Mum” he said.  He works as a Chef in a Garden Centre and knows the shed builder guys quite well.

A couple of days later he messaged to say the shed was built and told me a price which I was quite happy with.  Then he sent me this photo. I was overjoyed, it was perfect… except maybe the window could have been a bit bigger to show off my planned stained glass panel better. 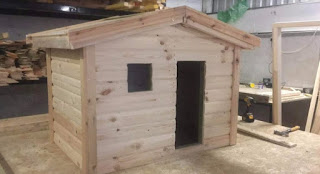 Then I looked at the photo again, and, in horror, spotted the hammer on the workbench.  It took a while… but slowly it dawned on me that a hammer was about 12” long, and if that was the case, then what size was this shed?! 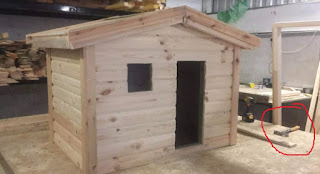 It was a few days before he got back into work to be able to measure it.  It turned out to be four foot long by three foot deep.  My heart sank.  Where on earth would I put that?   I couldn’t get it in the car to get it home, and I certainly had nowhere at home to put it while I worked on it.  It was the size of a large dog kennel!

So, with regret, I had to pull out of that deal and come up with Plan B.

While discussing sizes with my son again, I pointed at his coffee table and said “That size would be perfect”.  He measured it and it was exactly two foot square.  Now I knew what I needed to look out for… a second hand coffee table that I could chop up and add wooden strips to. I would make my own shed!

Browsing through Facebook marketplace a few days later I spotted a perfect ‘shed frame’. A lady was selling a coffee table for £10.00.  A bit cheeky really as it wasn’t in very good condition at all, very wobbly and really scratched, but for what I wanted it for it didn’t matter at all.  So I bought it. 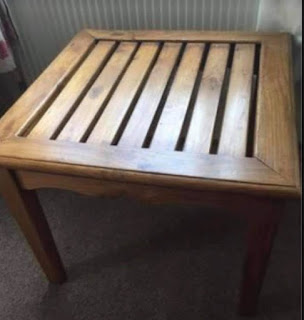 So, watch this space.... this wobbly old coffee table is going to be transformed into a Shed!   Kind of.
Posted by Sooz in The Shed at 12:57