On Saturday night I went to see the Bay City Rollers in concert.

It was for "Think Pink" a breast cancer support charity and was organised by Val Armstrong of BBC Radio Cumbria, who has twice experienced Breast Cancer.

The brief was to "wear tartan and/or pink", so I added strips of tartan to some trousers and wore a pink top (the fashion police would have had a field day with me that night!) 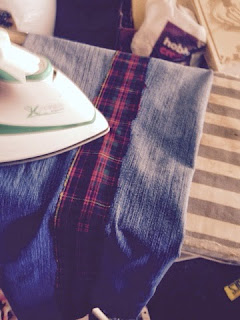 When I say "Bay City Rollers" there was only actually one of the original members in the 'new' band - Les McKeown but of course it was his voice on all the old original tracks, so it sounded the same  :)

There was also a local, Carlisle based, support act called Soul City Walkers who performed for the first half of the show. 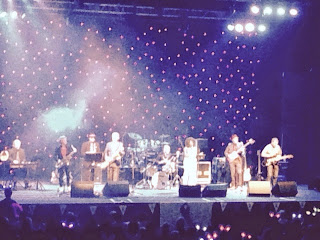 I nearly didn't stay though - don't know if you are aware, but I have a bit of a phobia going on about feathers, and feather stuff - especially that fake boa kind of flutteryness.    On sale, at this concert, were flashing bunny ears - all edged in pink feathery stuff.  The kind of feathery stuff that wasn't glued on particularly well and was coming off and fluttering all over the place.  I didn't like it one bit! 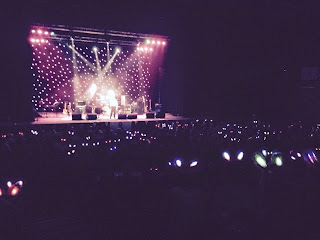 But, I stayed, and once the lights were out, I could cope with it.  At least with the flashing lights I could see where to avoid.

It was a great concert, we were on our feet dancing and waving tartan scarves the whole evening.  And of course, singing along to all the old Roller classics. 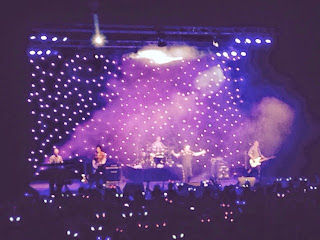 And, perhaps best of all, loads of money was raised for cancer charities.

Email ThisBlogThis!Share to TwitterShare to FacebookShare to Pinterest
Labels: Concert, days out