You know those times when you throw open the cupboard but there is nothing to eat?  Yeah, that!

I have made myself a pact to use stuff I have in the dry cupboard.  It will mean buying bits to go with it no doubt, but I have some random stuff in there that I have bought over time and never done anything with.   Stuff like soya chunks, barley, petit bombs and more.

All that stuff on the top shelf is stuff we barely use.  Except the Ebly.   Ebly is lovely, have you tried it?   We used to be able to get it in supermarkets then it disappeared, only to be found in a Marrakesh supermarket a few years ago, so we used our spare luggage allowance bringing back as much as we could.  A quick Google has just told me that you can now buy it in Waitrose  :) 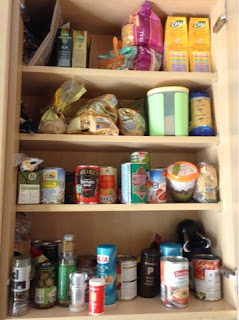 I got my little self up to that top shelf, with a lot of huffing and puffing and dragged down these packets.   I bought the Chana Dal ages ago thinking they were lentils, will Google recipes for that another day. 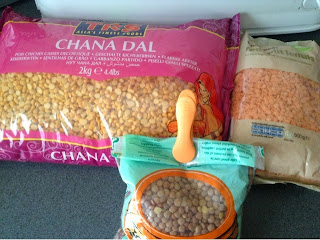 But today I was going to use the red lentils, and as I had a couple of Sweet Potatoes needing used the search keywords were "Sweet Potato and Lentil Recipe" 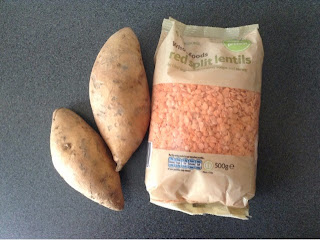 I decided on this... a Sweet Potato, Spinach and Lentil Dahl. 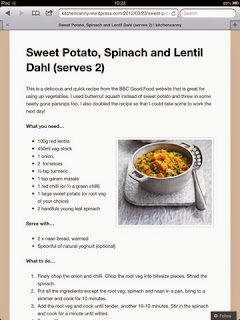 So, into a pan went some chopped onions (out of the freezer).  For those of you who know about my onion phobia, once these are cooked down I can cope with then as I can't see them, for those of you who don't know, you can read about it HERE  :)

I sweated them off with a bit of Olive Oil and garam masala with a generous shake of dried chilli flakes. 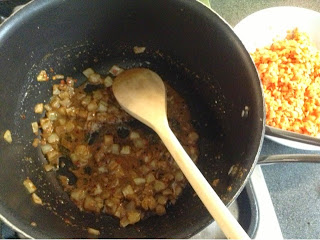 The recipe had tomatoes added, I thought I had none, although discovered two in the fridge afterwards, so I used a squirt or two of tomato ketchup. 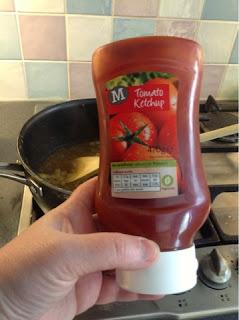 Also in the recipe was turmeric.  My little spice pot was empty, so I used a good pinch of Moroccan saffron instead.   This stuff is great, you can buy a little pinch here in the UK in a popular spice jar for around £3.00, but this bag full  (I have used loads already) was just £1.00 in the souks in Marrakesh.  I know it's not the quality of the expensive stuff but you can use a big pinch and not feel guilty  :) 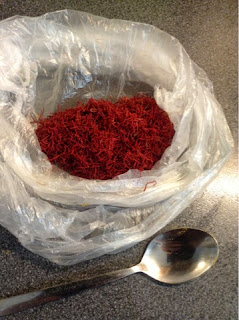 Then I peeled my WHITE Sweet Potatoes - always disappointing to find I have picked white ones up, I really feel that Sweet Potatoes need to be orange. 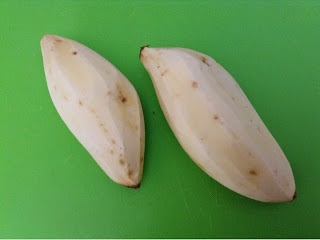 After simmering the lentils in stock for 15 minutes I chucked in the sweet potatoes and gave them another ten minutes or so. 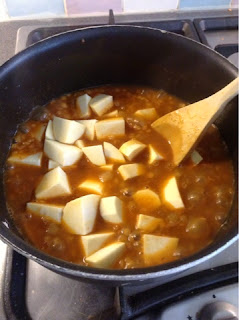 Then added a good couple of handfuls of baby spinach and left to wilt. 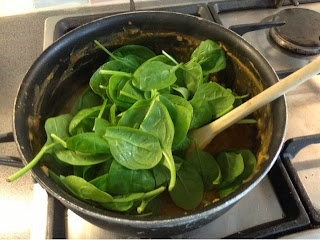 And that is it, simples. 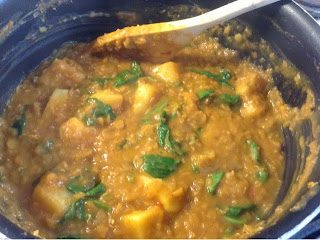 #ShareYourTeaTuesday
Posted by Unknown at 11:58