Last weekend was the 6th Annual Flame Off event, hosted by Tuffnell Glass.

Usually the event is held at Towcester Racecourse, but this year it had moved to Silverstone Racing Circuit - home of the UK Grand Prix. 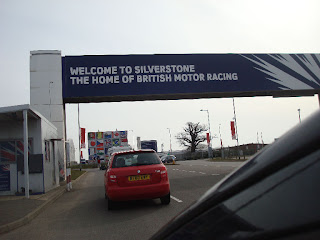 This will be the 4th one Andrew and I have attended.  Classes are held on the Thursday, followed by two days of demonstrations, glass shopping and playing with torches on the Friday and Saturday. On the Sunday there is a bead fair.
In the pic below you should be able to see the torches all set up in the back section of the room, ready for us all to play with. 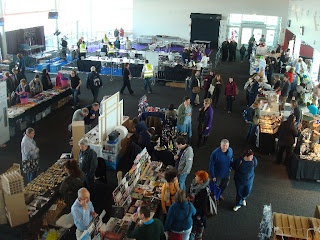 On the Thursday took a class this year with Michou Pascale Anderson, a wonderful beadmaker who is well known for her brightly coloured beads.. 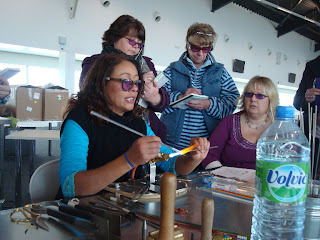 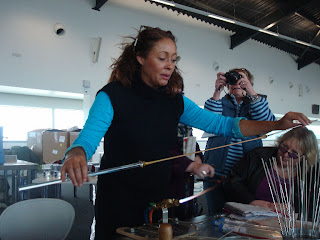 It was a great class, playing with coloured stringers, murrini, presses and dichroic glasses. She demonstrated a couple of beads, one was a colourful parrot and the other a rainbow style bead. 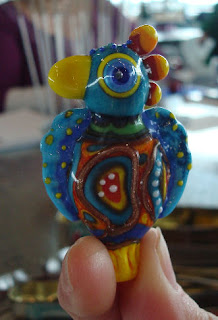 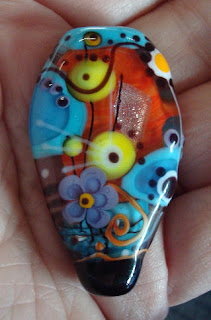 The class at work. 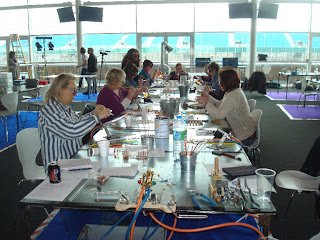 The results of a days beadmaking. 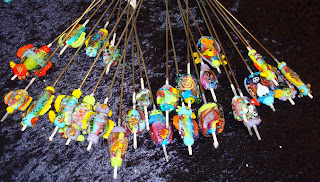 I made three beads - not great at all, but then my beads at classes never are.  You are in unfamiliar surroundings, using unfamiliar tools, the torches are different, the glass is sometimes different.  All excuses I know  :) 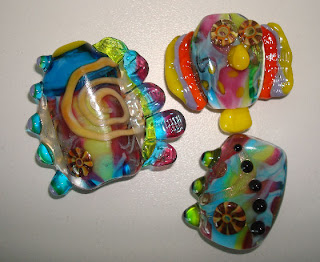 Still, the aim of the class was to take away something I could practise at home, and I certainly did that.

Every year I try to take a class, my first Flame Off class was in 2010 with Sharon Peters, then in 2011 with Michi Suzuki, and last year, 2012 with Patti Walton.

The Friday and Saturday was jam-packed with some great demos from some fabulous artists, in no particular order....


You could also find some great artists working on the torches throughout the day, my favourite being Marshall Hyde (USA) who did a demo a couple of years ago that had people riveted to their seats, he has continued to support the event since by stewarding the torches and giving people advice.  This is Marshall at the torch, he was making a skull bead. 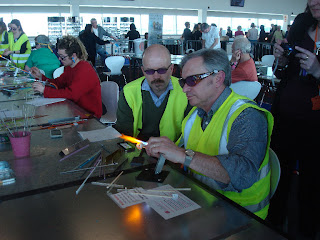 I spent a bit of time on the borosilicate torches, normally I work on a less fierce torch with a soft glass, Andrew works with boro, which is a harder glass.  It takes longer to melt, which for my impatient nature, is just no good :)  However I think I may have been tempted to go over to the dark side as I really enjoyed using the boro glass for a change. 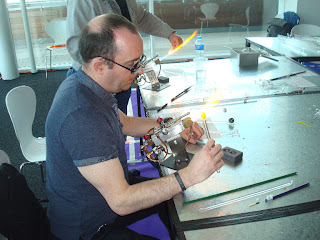 I made some cabochons - I might set these into silver and try to make some rings. 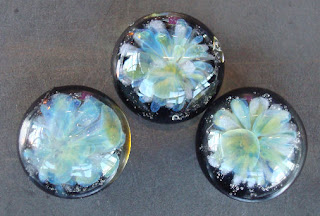 I also made a borosilicate bead, which I was quite pleased with. 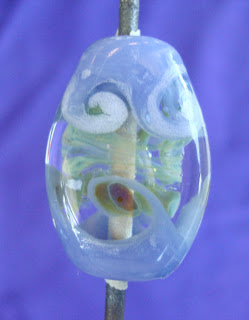 In the afternoon I went outside into the cold chilly wind to make a bauble, for Health & Safety reasons this glass furnace was not allowed inside Silverstone's nicely carpeted area - can't think why! 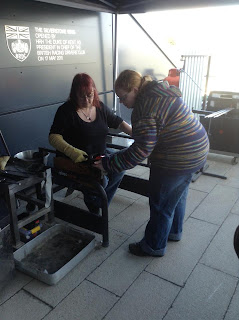 I enjoyed getting this close to a larger mass of hot glass, makes me want a furnace of my very own  :)

I made a red and purple bauble.  Andrew's was quite a bit bigger than mine, he must have more puff.  It was a real effort blowing into it. 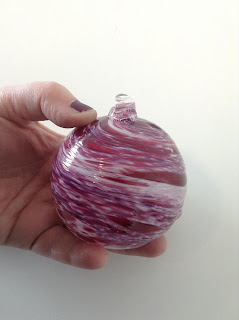 I also had a go on a sandblaster, I stole one of Andrew's marbles and found an address label hanging about, which I then used to make a little pattern on the marble, stuck it in the sandblaster tent and gave it a good blast.  I was so impressed with the result that I bought myself a sandblasting kit  :) 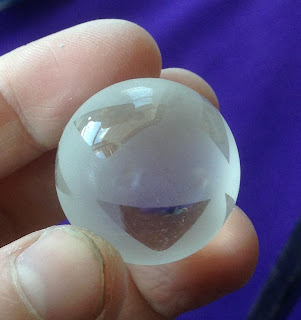 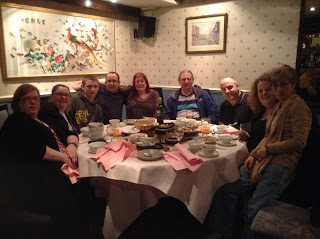 Let's just say that Saturday (and Sunday) was spent nursing a not-so-nice hangover :/

Sunday came around so quickly, and we finished the weekend off with a bead fair. 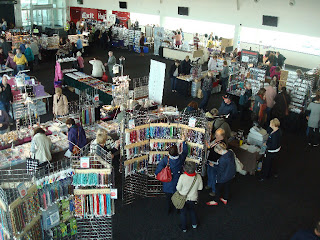 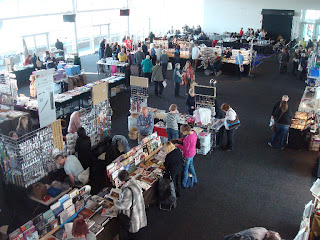 Right at the back of this photo, by the window, you can just make out Lucio Bubacco taking a class.  A genius at work. 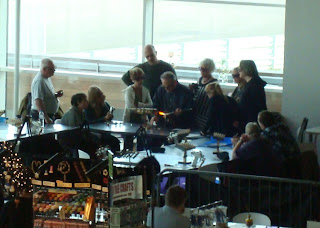 Look at mad Laney, always guaranteed to make you smile, even with a hangover. Check out her glass beads HERE. 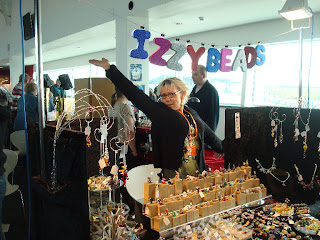 Oh, and Caroline's ceramic beads are just wonderful, you can find them HERE. 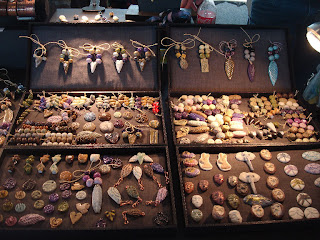 We did a few bits of last minute glass shopping, and set of on the 4 hour trip home  :( 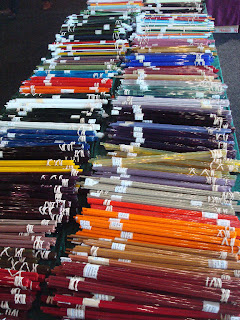 Counting down the weeks until the next one.....