Sadly, she is allergic to eggs so has never really enjoyed a big fat chunk of Birthday Cake, although she does tell me that her Grandma used to buy her a cake just so she could blow the candles out :)

I have made an egg-free sponge cake before, the eggs are substituted for syrup, which actually makes a very tasty, very sweet, cake. Although it doesn't rise as well.  The texture is certainly denser.

I used THIS recipe from BBC FOOD - it is adapted from a World War II ration recipe.

I wanted to capture the essence of childhood and Marie's characture, which is bright, rainbowy and cheerful. 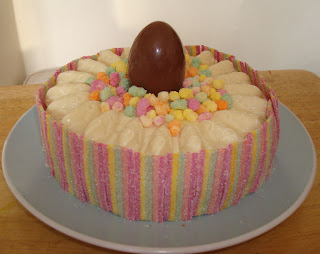 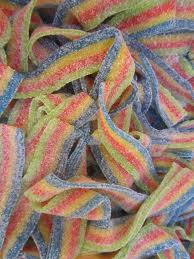 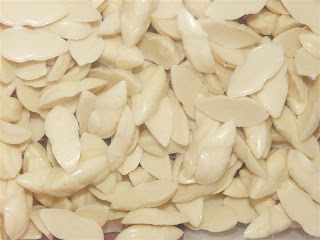 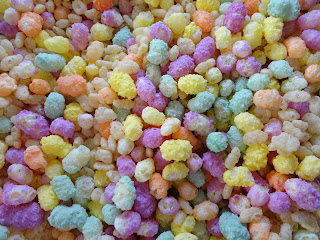 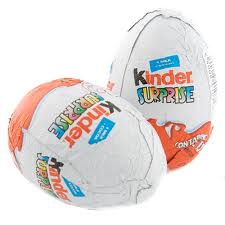 I edged the cake in the trimmed rainbow strips then placed white mice around the edge, all facing as if in worship, towards a kinder surprise egg  (well, it is Easter!!) which was sat atop the rainbow drops. 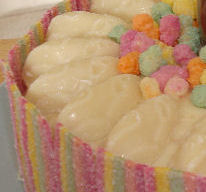 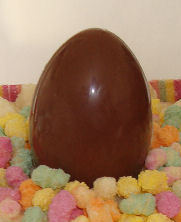