"The South" at Brewery Arts in Kendal

Oooo it's been a long drawn out birthday this one, it's gone on all week.  You might think it was a big one or something - it wasn't!

Shona & Marie got me some tickets for me and Shona to go and see "The South".  If you are of my era you may remember the original band, The Beautiful South, then disbanded in 2007 and "The South" are a few of the members regrouped. 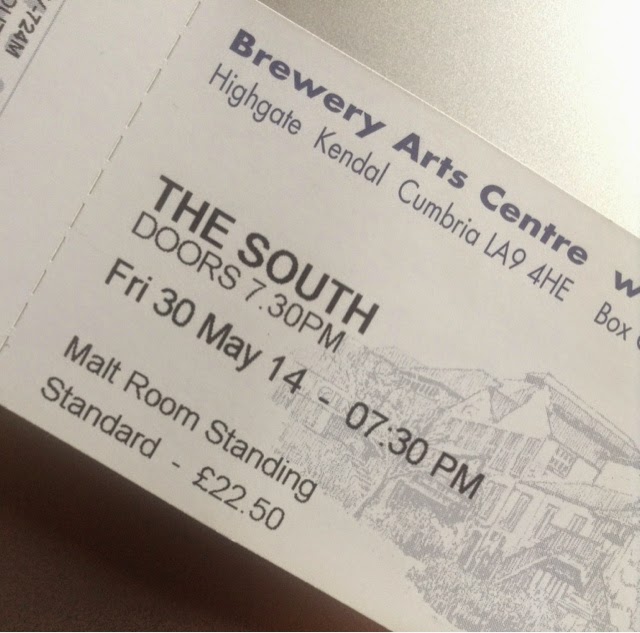 The concert was held at the Brewery Arts Centre in Kendal, and what a great place it is.

We decided we would stay the night, so we could have a good stroll around Kendal, then go out for a nice meal before the concert.

After a bit of shopping, which included me accidentally popping into a fabric shop  (That's a lie, as I had already asked the Daughter In Law of the owner for directions  :) )  and buying some fabulous bright fabric which I have no plan for..... YET!
It's a fantastic little shop, with some stunning fabrics, if you are in the area do pop in and see.  The shop is called Reticule and is situated in Blackhall Yard, Kendal.

We stayed at the County Hotel in Kendal.  One of the more reasonable priced hotels in the Lake District we found.  You can read my Trip Advisor review HERE if you like.

The venue was a good 15 minutes walk from the hotel, so we thought if we ambled along we could find some food before we got there.   Shona fancied pizza, so when we came across an Italian restaurant with a fabulous Happy Hour deal we were made up. Only they turned us away as we didn't have a reservation  (it was just before 6.00pm).  It was the same in the next place we found.... and the next.   The moral is, if you go to Kendal on a saturday night, make sure you book for dinner.

In the end we decided to skip food, go to the concert, then grab something on the way back.  When we got to the Brewery Arts centre what did we find?  As well as a restaurant they had a "Pizza Bar".  Would you believe it?

So we got our pizza in the end, very nice it was too.  We sat outside in the nice warm evening sun, drank wine  (beer for her) and chatted until it was time to go into the show. 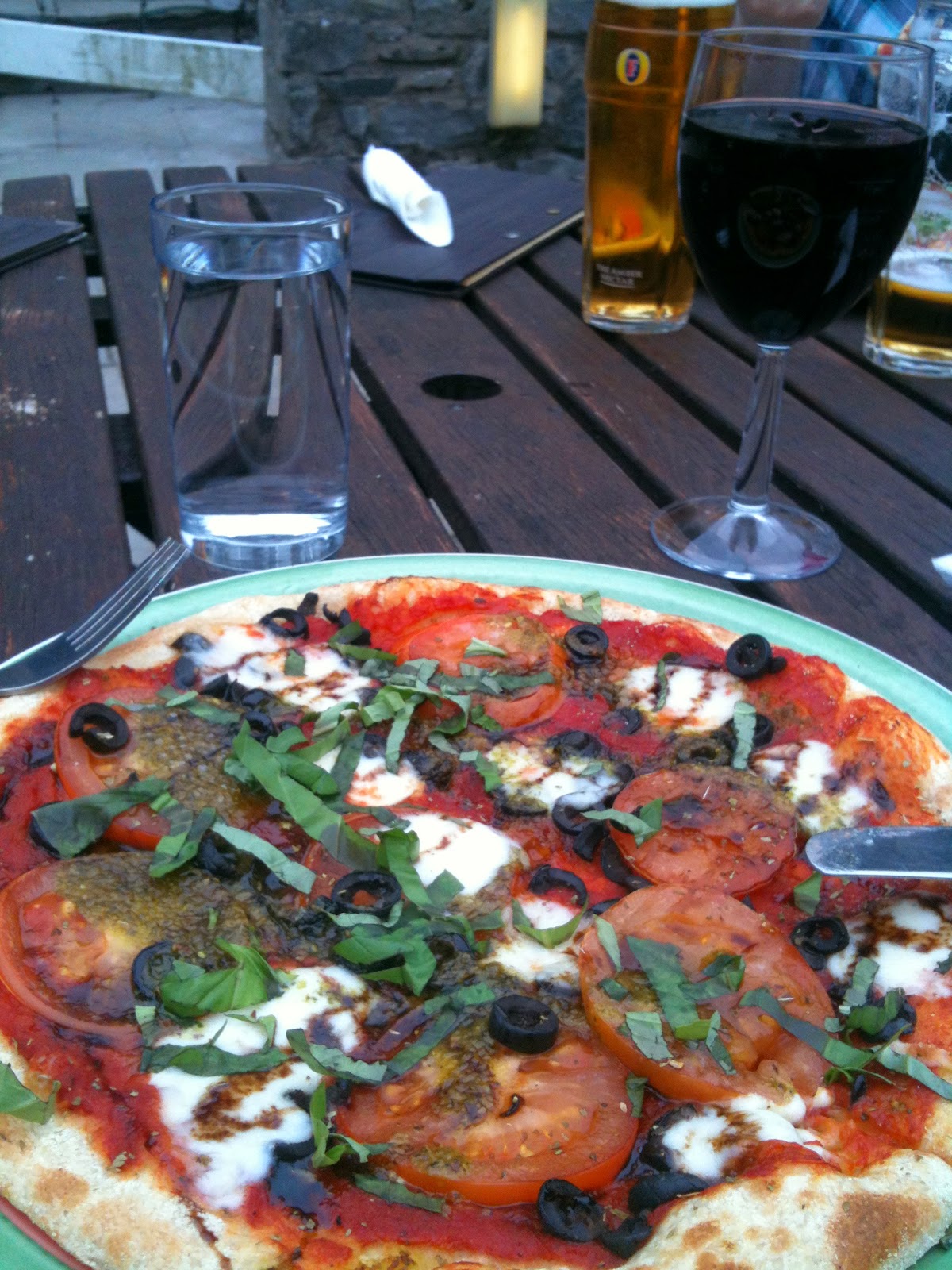 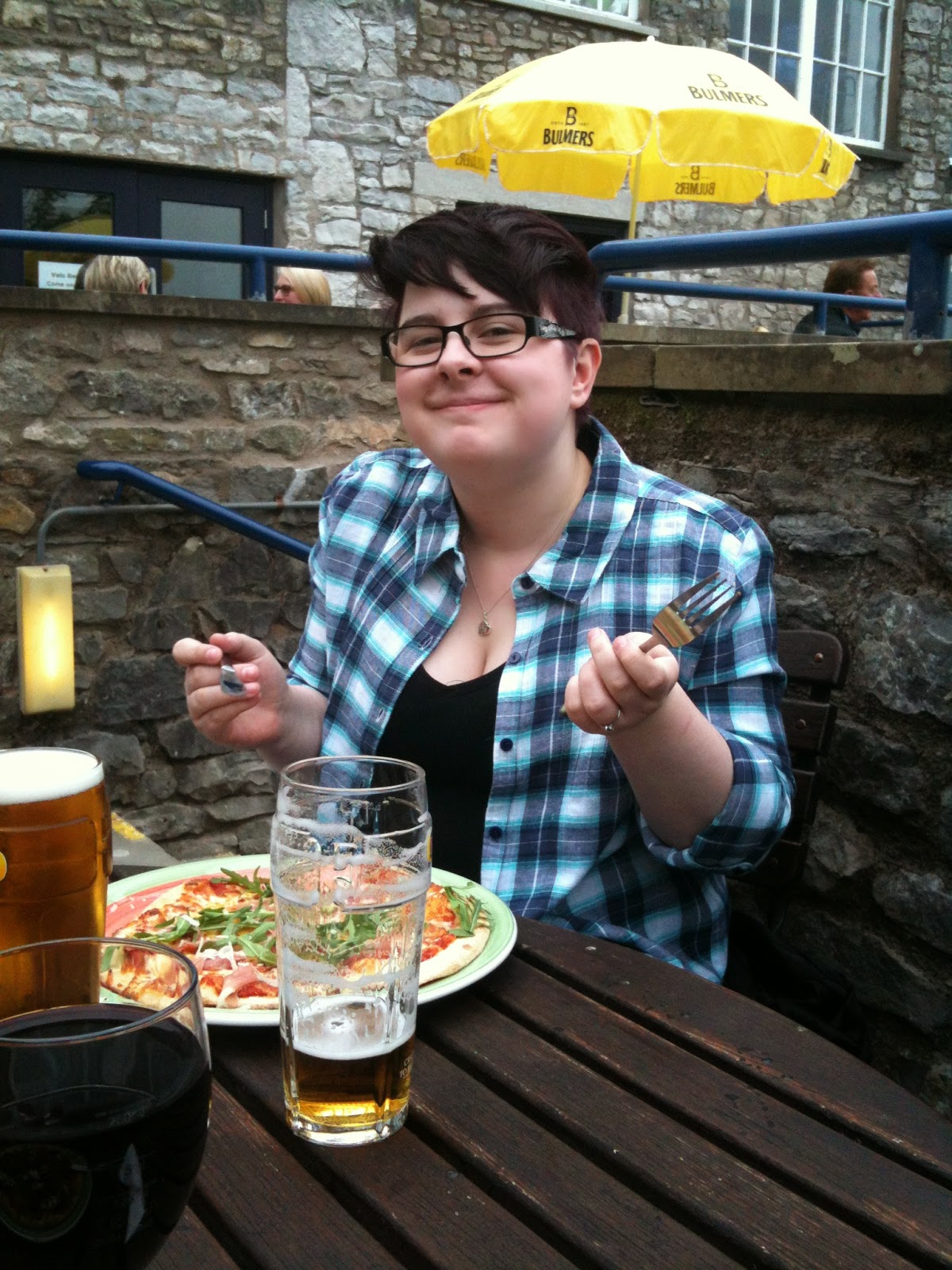 The concert was fantastic. Even the support act was good, but alas, I cannot recall his name.

We took a pre-concert selfie just before it all started, so here is a rare glimpse of me in a photo  :) 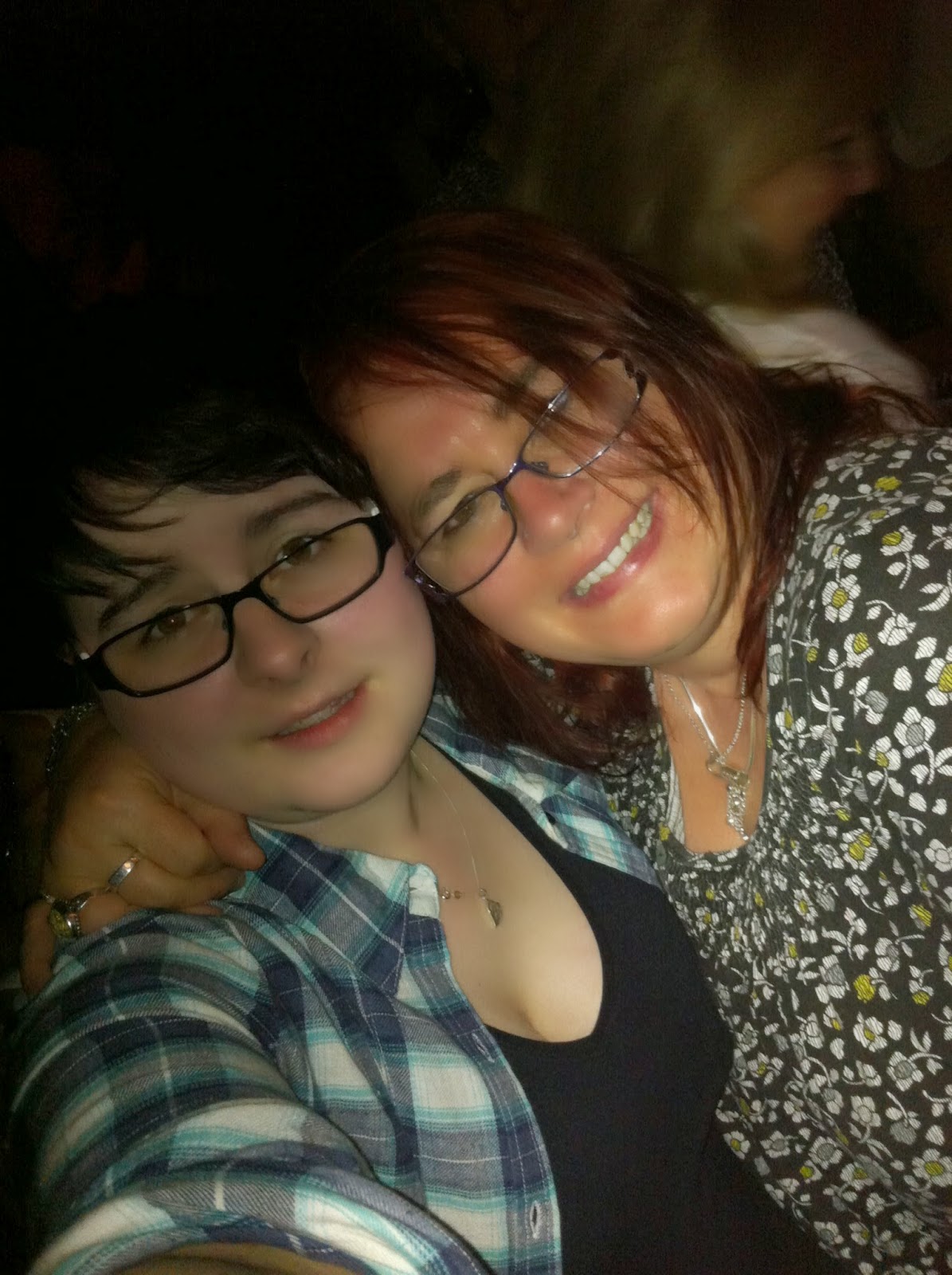 They sang a lot of their older hits and I was surprised to find Shona knew almost every word - I guess she has had to put up with listening to my choice of music for quite some time now  :) 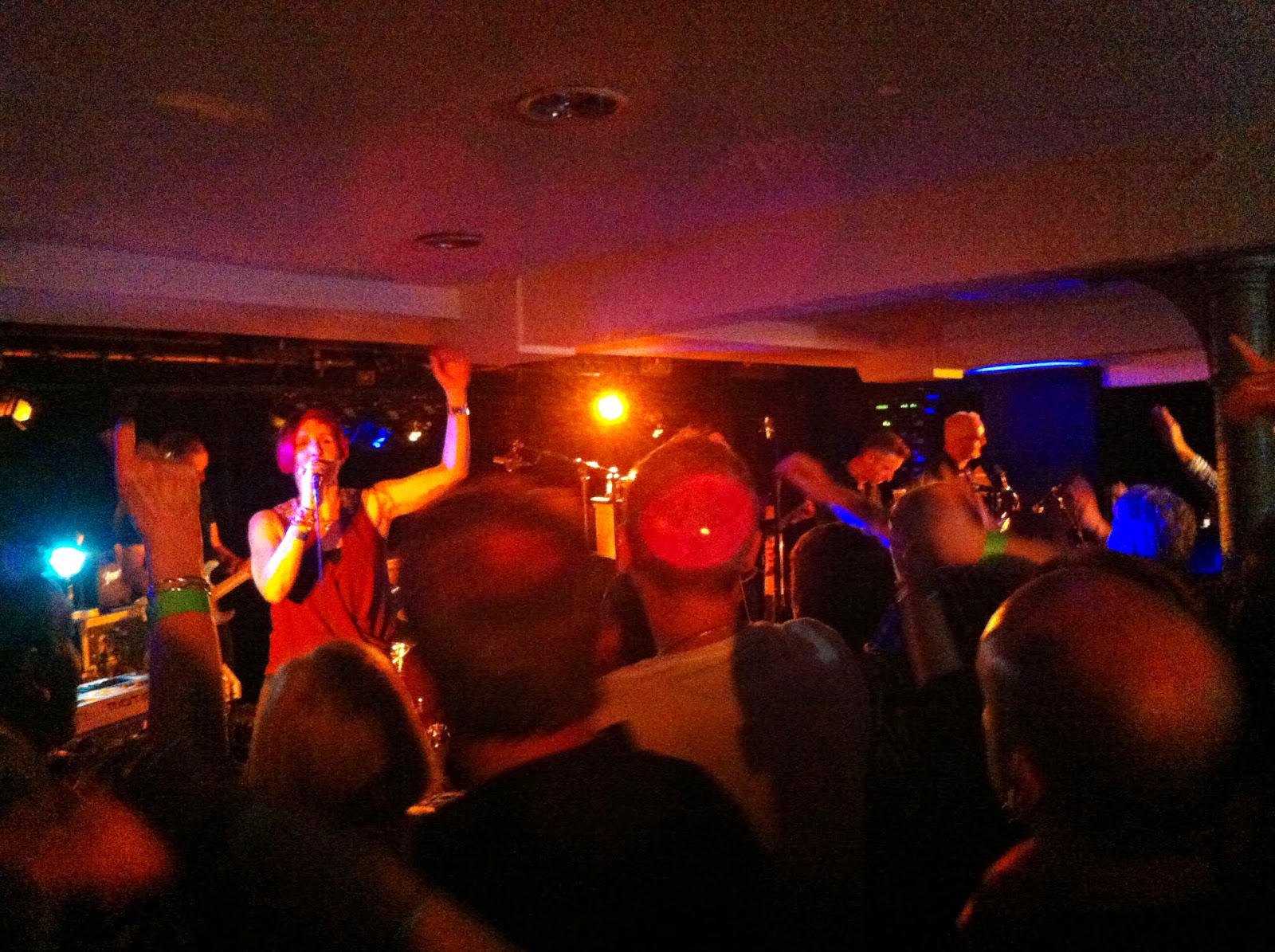 Afterwards I bought Shona a hoodie and she had her photos taken with the vocalists, Dave Hemmingway and Alison Weaver. 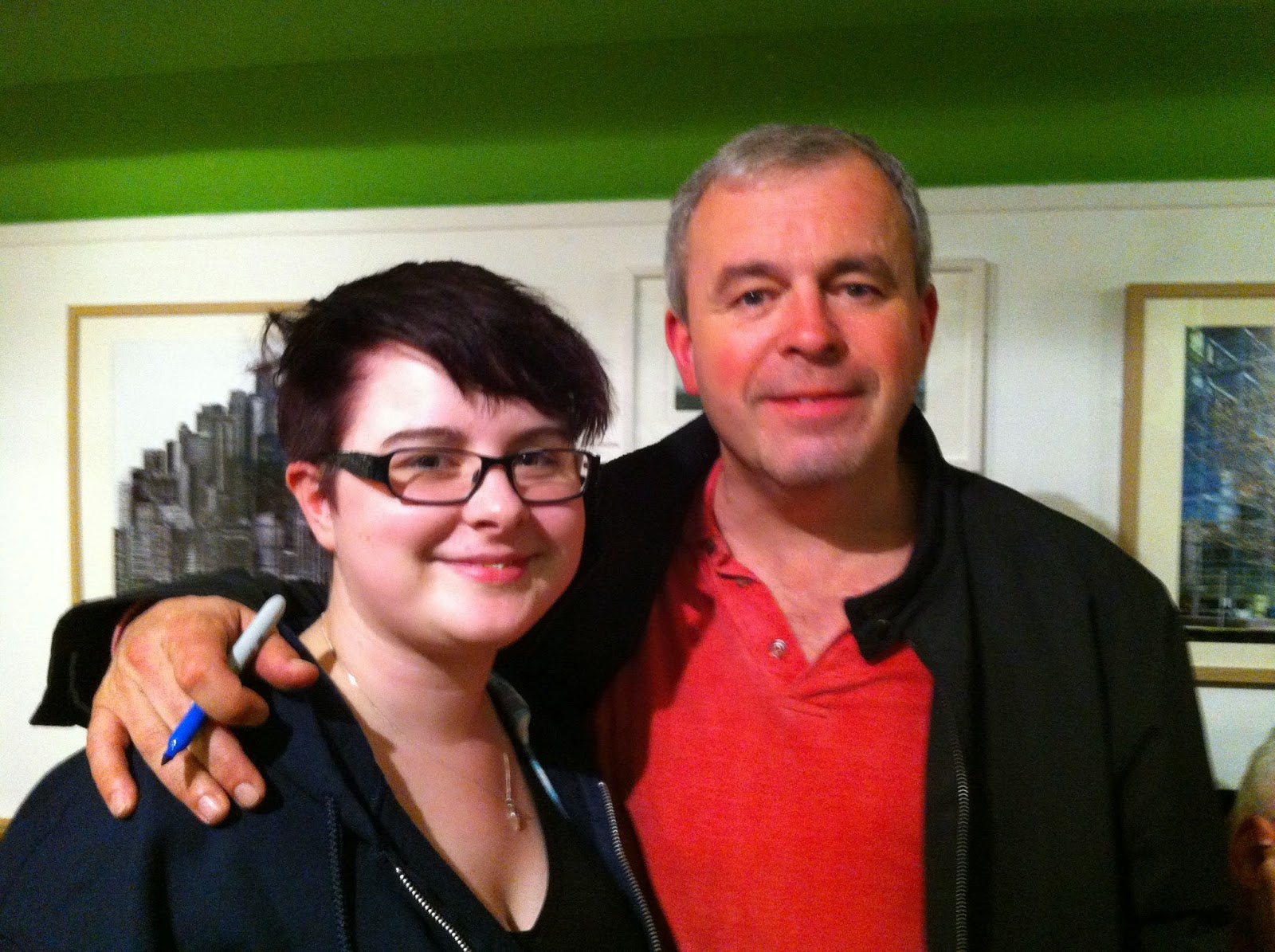 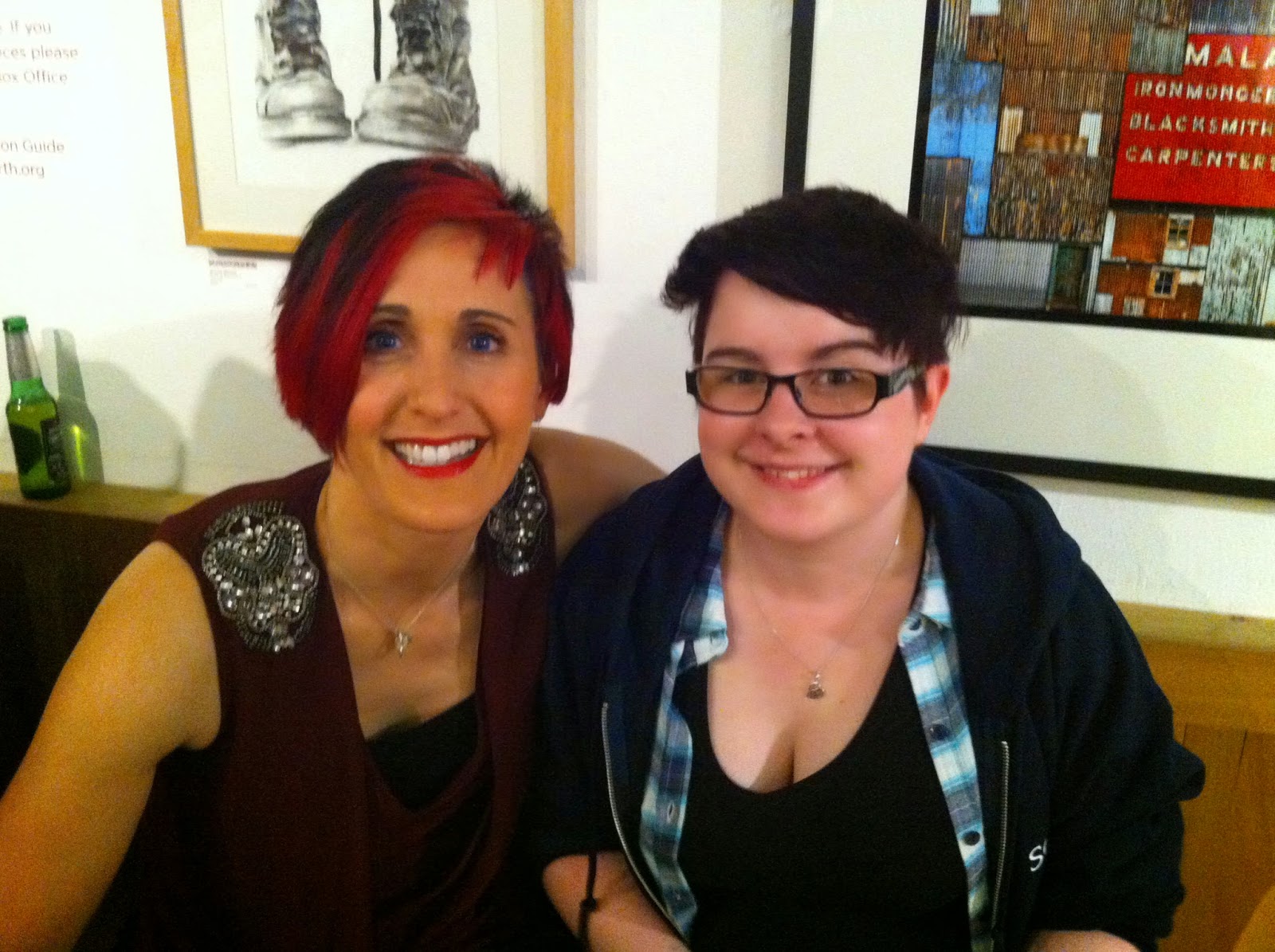 Then we made our way back to the hotel and slept like babies   :)

Email ThisBlogThis!Share to TwitterShare to FacebookShare to Pinterest
Labels: Concert, days out