Last night we wandered down to a little village called Charlestown.

It was buzzing with people as it was the last day of the week long regatta and they were finishing the week off with live music in one of the fields.

We started off in a pub for dinner called The Rashleigh Arms, which was packed to the rafters with people. Luckily there was one recently vacated table so we grabbed it quick. 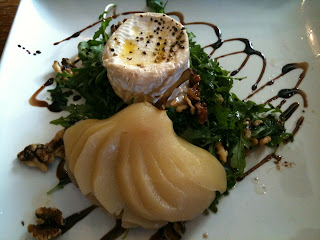 After dinner we took a very short walk to the harbour where there is a polite notice saying that jumping off the harbour walls is dangerous and therefore prohibited, so we watched people jump. 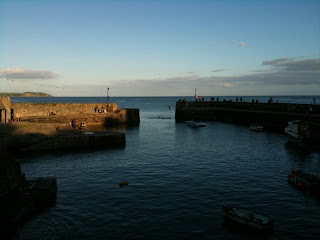 I had to move away in the end though as I was getting a compelling urge to push people off. Just one small nudge and they would have been swimming with the fishes.

At one point I even mentally worked out that I could shove, make a dash, and be back in the car before my victim had gathered his thoughts, swum to the side and climbed the harbour steps! Yep, definitely time to move on.

We went down to the sea edge, where at 8.30pm in the evening I decided to have a paddle.  Only because this was the clearest, crystal blue, inviting sea I had ever seen in my life. I took off my flip-flops and promptly sunk into the stones up to my ankles! 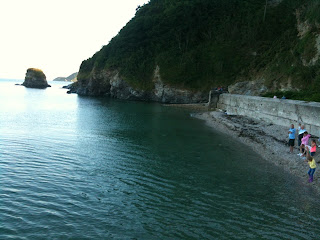 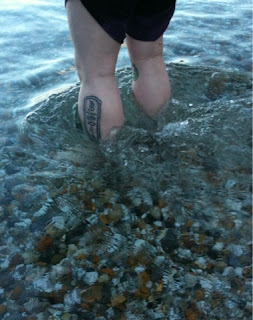 I managed two steps into the cold water, sinking all the time, when a big wave came, washed my flip-flops away and soaked my held up trousers. Hubster had to rescue, first the flip-flops, then me, trying to tug me from the stones in a most unladylike way, the whole time me hanging onto my rolled up trousers so they didn't get any wetter.