Along with the Malory Band I bought this week, I thought I would kick start my diet/healthy eating with
a box of prepared diet food from Weight To Go.

Normally I wouldn't use something like this, but because Hubster is away and I have only myself to cook for, I thought it would be an ideal time to see if this kind of thing works or not.

It came highly recommended by someone I know who lost a lot of weight on this system, and it was half price for the first week - £30 - so I thought it was too good an opportunity to miss.

It's based on shakes, soups and an evening meal - all supplied in one box delivery, along with snack bars. 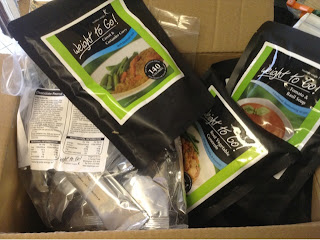 I started it today,  goodbye cheese, it's been nice knowing you.

I started the day with a shake, vanilla. 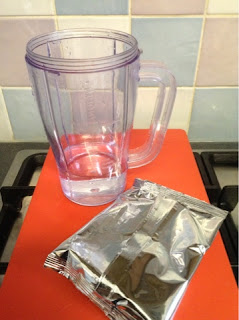 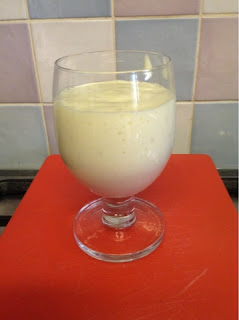 I think I whipped it up a little too much, I had to eat it with a spoon! But it tasted nice.  But was that it?  Half a wine glass full of sweet froth?  Breakfast?  Hang on though, it's more breakfast than I usually eat, so it should do the trick.

The idea is to have SHAKE - SOUP - SHAKE - MEAL - SHAKE with the bar somewhere in-between in case of hunger.

Well, it certainly got my tummy rumbling.  So at 12.15pm before going out to work I had another shake, strawberry.  This one was more like a smoothie, very yummy indeed. 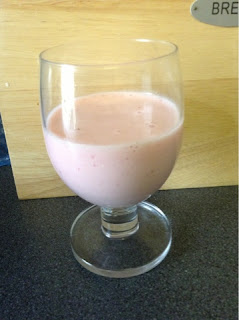 As I was leaving the house 10 mins later, I grabbed one of the snack bars, just in case I got a bit shaky later on.  I ate that 3 minutes later at the first traffic light I got stuck at.  Now this is me who doesn't really snack, or eat chocolate, but I really enjoyed that peanut puffy bar thing.

Back at home at 4.30pm I was really starting to feel the hunger, so I had a soup. 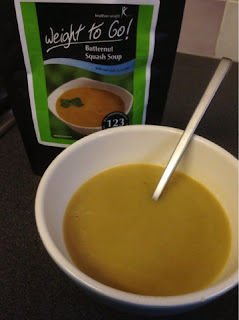 A much thinner consistency than I would normally make my home-made soups, but it was very tasty.  And I would normally have a couple of thick slices of wholemeal seeded bread to dunk in it so it didn't really fill me up. By now my hunger had kicked in and I couldn't wait for dinner!

Dinner came at 6.30pm, carrot and coriander curry, which I added a baked tomato and some mange tout to.  I put it on a small plate as it would have looked lost on my normal dinner plates, and ate it a little too quickly.  I could have happily eaten it all again, twice over.  But there lies my problem, and I know it! 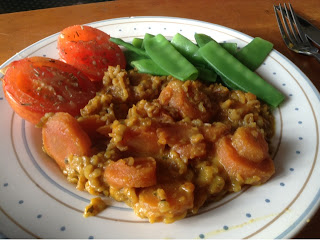 I was still hungry when I put my fork down, but the taste of the food was very satisfying, just needed a bigger portion.  However, after about half an hour I stopped feeling hungry and could happily get on with my evening feeling quite satiated.

At 11.30pm I realised I still had a shake left to have, so I had it mixed with warm coffee as a latte style bedtime drink  as suggested in the accompanying booklet. 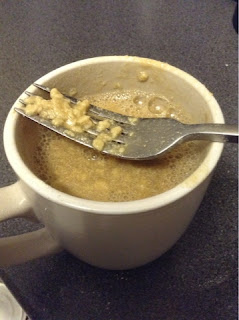 It stayed lumpy, it had the texture of vomit & the powdery bits were nasty on the tongue, three mouthfuls I managed before tipping it down the sink.  Shan't be trying that again in a hurry!

I brushed my teeth instead and went to bed.

Will let you know the result at the end of the week  :)

You can find all the details, plus the half price offer, HERE on the Weight To Go website.  Tell them I sent you by using this code (RF09A (Sue Simmons)) and I will get £5.00 worth of M&S Vouchers, and you will get £5.00 off your first order  :)