This post is a follow on post from my search about my ancestors, you may have read the Mousehole post where I was looking for the chapel and birth place of my Grandfather and Great Grandfather.

I called my Uncle while I was there who told me to try St Teath.  After a few emails to another relative I had some patchy information to work on.

Off we went to St Teath, where first of all I found a church, not a Methodist church but a Parish Church.  We are looking for "Brays" which annoyingly seems to be a common name down in Cornwall.  There was a list in the church with names of former vicars of St Teath on it. 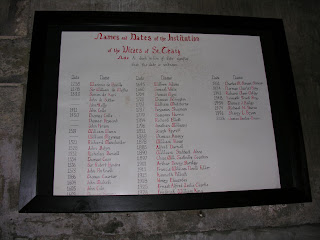 And there, in 1948 is a Bray!  I have no idea about this name or information so I will be passing it onto someone who might.
Also in the graveyard I found another Bray, I wonder if these are relatives too. 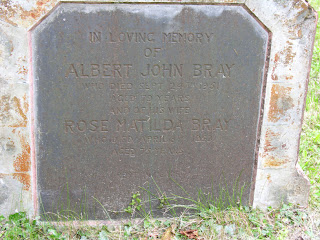 We got talking to a bloke laying a path and he pointed out where the Methodist chapel was, so off we went to investigate that. 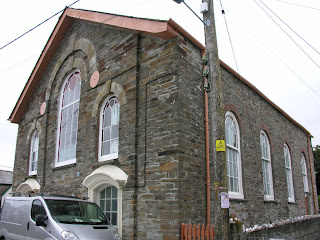 As we were photographing it, the lady next door was obviously wondering what we were up to, and came out to potter about in her garden.  I went and chatted to her and told her why I was there. I had an address as 227 High Lane, Medrose, but nothing showed up on Sat Nav. She said I was in the wrong village and sent me further up the road to the next village called Delabole.

Now this excited me somewhat as Uncle Bob had previously mentioned that Granddad and Great Granddad had both worked at the Delabole mine, we didn't realise there was a village called that too.  So off we went.

We discovered this information through Google:

Delabole village is situated approximately 1 mile inland on the North Coast of Cornwall in the United Kingdom.
The Home of the Delabole Slate Quarry and the First Commercial Wind Farm in the United Kingdom.
The Village only became Delabole after the railway arrived in 1893. Before this there were three hamlets
Rockhead, Medrose and Pengelly linked by a road called High Lane now known as the High Street.

Well would you believe it?  We were sitting in the car, on High Street in Medrose!  Where my Great Grandfather was born.  Just like that, we were there.  Sadly 227 is not there anymore, the numbers only go up to 150.  Where 227 might have been is a rugby field then a row of modern 1960's bungalows.  Could it be it was a miners cottage, or a slum dwelling that's been demolished now?  Who knows.

Interestingly though we found the Methodist Chapel - now this HAS to be the one doesn't it?  Right by the street he lived in. 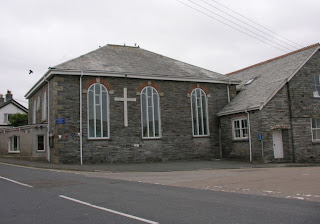 Do you remember me telling you that G-Grandad was a minister (or it might have been Lay Preacher as I have since found out) but he was also involved in smuggling?  Well, right beside the church is a chip shop called "Smugglers Rest" . I wonder where that name come from, surely it must have some history. 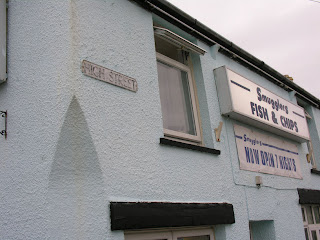 From here it was off to visit the Delabole Slate Mine, which I didn't expect to be still there, a signpost said otherwise.  It was 7.00pm in the evening by now and of course it was shut, but there was an arrow pointing to a viewing platform so we took a walk down to it and got the shock of our lives! 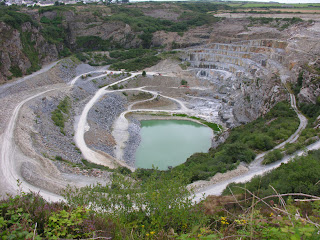 The most enormous hole I have ever seen in my life!  I have since found out that it is one of the biggest holes in Europe. 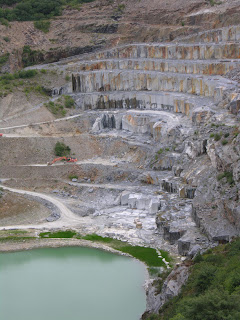 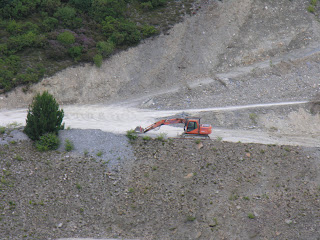 Found this image on Google, it's not a great photo but I think it shows the depth better.
I very naughtily took a couple of bits of slate from the ground, about the size of a 10p piece, as I thought my Mum and Uncle Bob might like one as a memento.

We went on from here to Port Issac, I wanted to see it because if the rumours about the smuggling are true, I would image Port Issac would be where the ships might come in.  A local chap told me a story of how the smugglers used to light fires on hillsides to confuse the ships and bring them onto the rocks, where the cargo would be plundered.

From this photo, taken from the car park at Port Issac, if you look centre photo, on the land, you can't see it but the windfarm at Delabole is there.  Not too far to walk from the coast is it?  Three miles in fact from sea to village, just enough for a smuggler to haul his wares.  :) 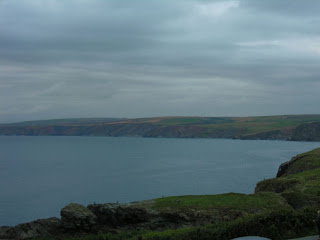