When we were away for my daughter, Shona's, hen weekend a couple of weeks ago, we visited the Coronation Street Tour.

After struggling with the map - none of us seem very good with maps, Google or otherwise, we hailed a taxi which took us right to the gate. 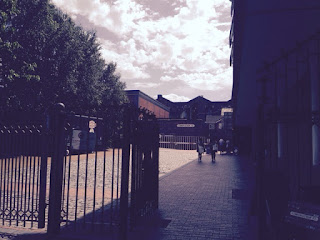 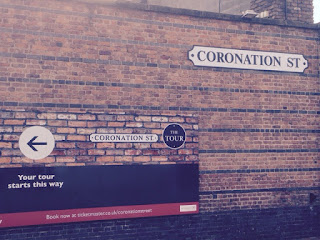 We started inside, going through the door to Carla Connor's flat and into the green room where the actors used to hang out before shooting their scenes.  A few of them had written messages on the walls.  We got to see the pigeon holes where the actors would find their scripts each morning, and the notice board which included the filming time-tables.

Then we went past all the personal dressing rooms to the studio and the famous sets.

We saw the chair where both 'Jack & Vera' died, and the Platt's staircase, as well as Hayley's colourful eco coffin.

Then we all gathered behind the bar at the Rovers to have a group photo taken. 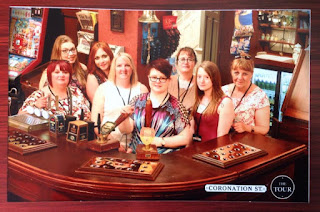 Unfortunately you cannot take your own photos inside the studio where all the sets are, but you can take them freely outside on the cobbles.  So here are a few for you :) 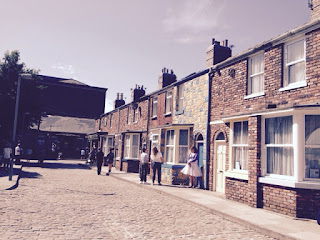 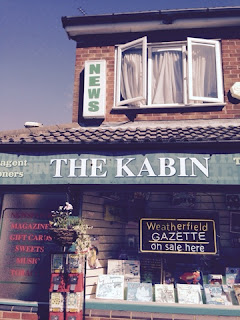 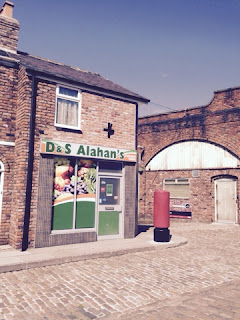 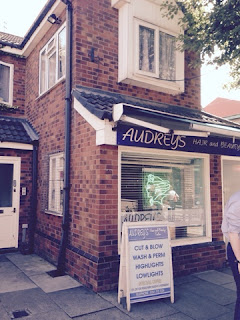 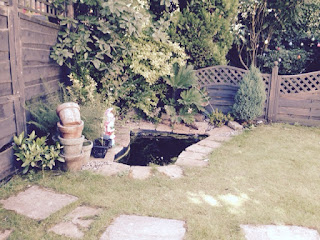 See the scene through the arch?  It is a photo on the wall opposite! 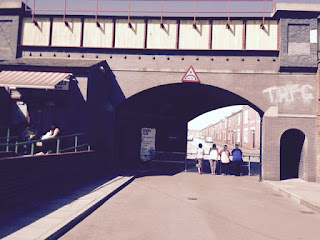 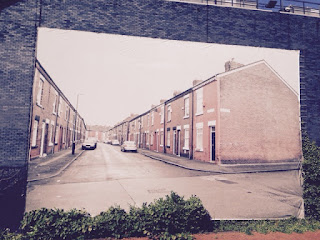 We could walk down the ginnel and look in the back gardens.  No one was out having a sneaky cigarette though  ;) 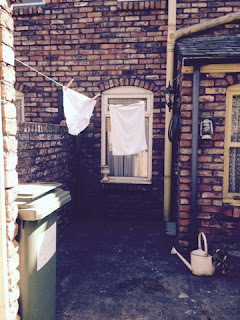 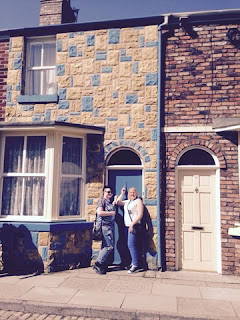 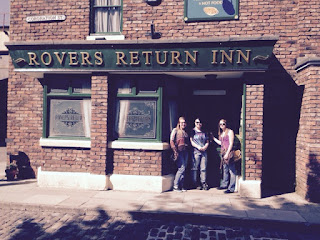 It was a great tour, costing around £17.00 for two hours, but worth it in my opinion.

If you fancy it through you better hurry as they are knocking it all down in December  :( 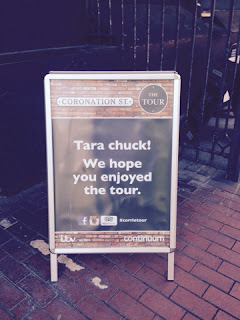