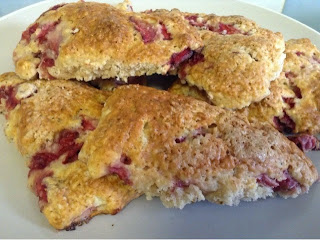 They look quite delicious don't they?  And even though they were a complete experiment, I think they were quite nice, if a little flat.

What happened was, I picked a load of strawberries from my own garden, :I dug around in the nettles and brought up a t-shirt full of luscious red berries.   (Should have taken a bowl). 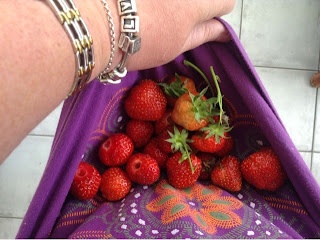 Two days later they are still in the fridge waiting for someone to eat them, I think they were a bit ugly to be honest, so I had to think of something to do with them.  Waste not, want not, and all that. 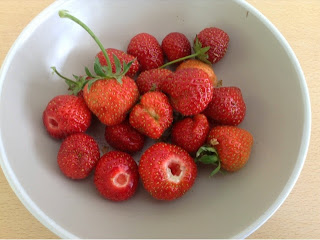 So, using the "Rich Scone" recipe from my tatty old Bero book, I bashed a load up - leaving out the dried fruit, chopped up the strawberries and added a good grind of black pepper - well, strawberries are supposed to go with black pepper rather well I have been told.

I patted it down rather than roll it out, but I think I took it a little too thin, along with the extra moisture from the strawberries it ended up being more "rock bun" like than scone like.
I chopped it into wedges and bunged it in the oven. 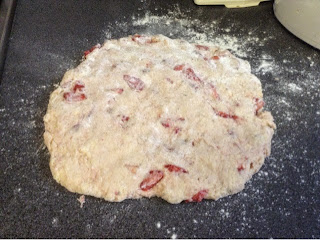 Then tested one hot out of the oven and nearly burnt my tongue off!  Those strawberries can really hold the heat  ;) 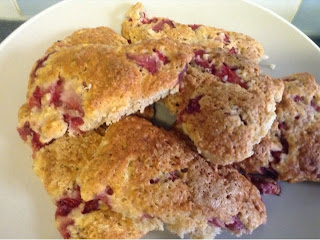 The black pepper gave a very subtle but 'you know it is there' kick.  Very nice, will make them again, but with a dried scone mix so they might rise a bit better.